Keene State College education majors gathered for a conference on campus on March 4. 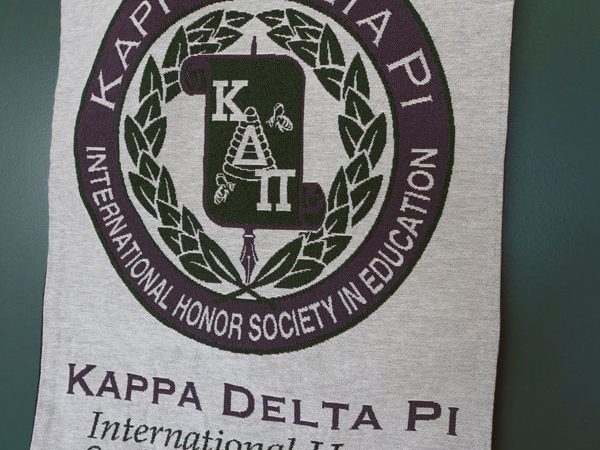 The Epsilon Pi Chapter of Kappa Delta Pi put together their fifth annual Inspiring Conversations in Education (ICE) conference. According to the conference co-chairs, KSC sophomore Michael Lamarre and KSC junior Savannah Robert, the event took a year to plan and about 100 people attended.

The event started in the Mabel Brown Room, where KSC President Anne Huot spoke about the role of a quality public education.

“…I wonder what would have happened if I didn’t have the chance to go to a public school and get a high quality education… it was determined by a community that really understood that education really is the great-equalizer,” Huot said.

After, the keynote speakers, KSC alumni David and Chantel Alcox, gave a presentation on the lasting impact teachers have on their students. The two, who married shortly after their time at KSC and work as educators in Milford, New Hampshire, said the work that educators do makes a difference for life and gave attendees advice going forward. 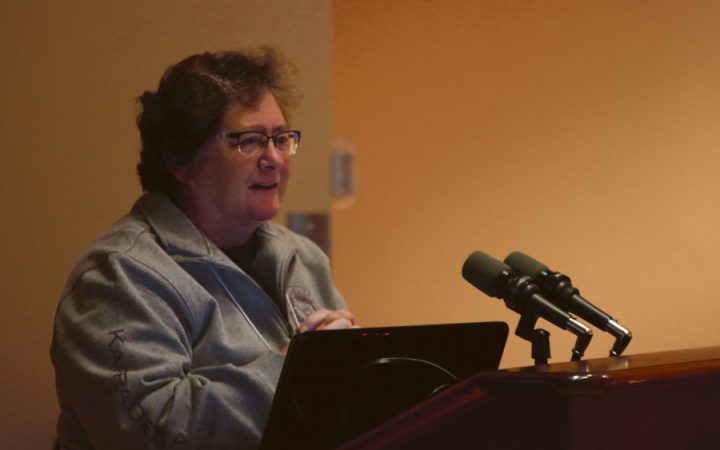 “If you go into this profession, and many of you will, you will find out that it’s a way of life, it’s not a job. It’s something that you will do for you your entire life,” David said to the crowd in the Mabel Brown Room

From there, aspiring educators spent the day going to presentations in Rhodes and Morrison Halls that were put together by other Keene State alumni who became teachers after graduating.  Subjects of the sessions included how to find work as a teacher after graduation, post-undergraduate options, teaching techniques and more.

KSC alumni and conference presenters Jessica Boland and Erin Cogan said this was their fourth year presenting at the conference and it’s gotten better every year.

“Every year, I feel like there’s more and more attendees and every year it kind of has a different twist on it,” Cogan said.

Advisor for KDP and KSC elementary education professor Darrell Hucks said the conference has grown considerably since its beginnings five years ago. The reason, he said, has a lot to do with the connections that are built during a student’s time at the college, while also giving them an idea of what to expect after graduating. 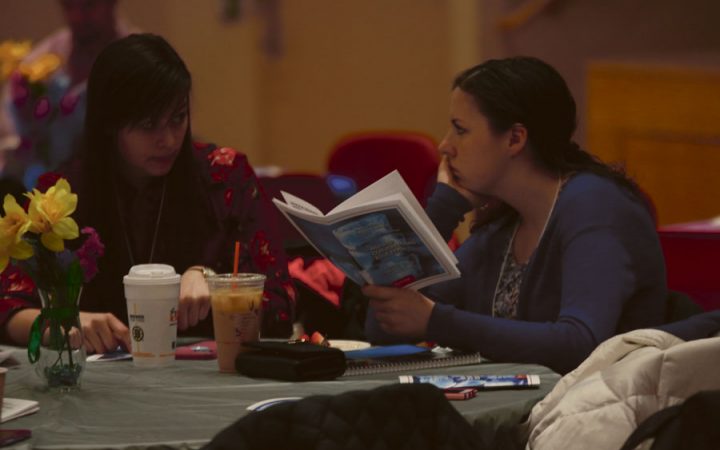 “This conference was designed to bring alumni together with current students, faculty, alumni… to bring the community together,” Hucks said.

Hucks added that the conference allows faculty to grow as educators as well, while also supporting students after they leave the college.

“Events like this are important because we need to think about and be invested in our students’ success beyond the college experience.” He continued, “Being able to tap into their newer experiences helps to refine the work we do here.”

After the day of three sets of sessions came to a close, junior Ariel Friedman provided musical entertainment, followed by revolving groups of round table discussions between students and the presenters. Prizes were raffled off to those in attendance as well. 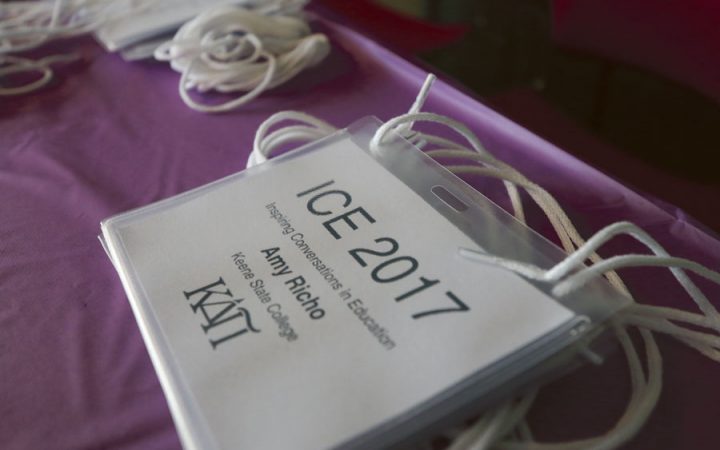 Moving forward, both the conference co-chairs and Hucks said that they would like to see the conference expand even larger than it has in the last five years.

“I think it was really great to talk to actual teachers with experience as opposed to just kind of [being] thrown into a classroom which is good to, but it was nice to talk to other people who have done it,” first-year attendee Gerty Flagg said. 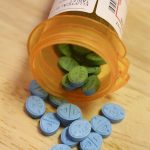 The Ritalin era: How Adderall and similar drugs can help... Previous
Equality for transgender students won’t change at KSC Next 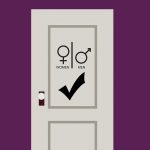