Painting with a purpose 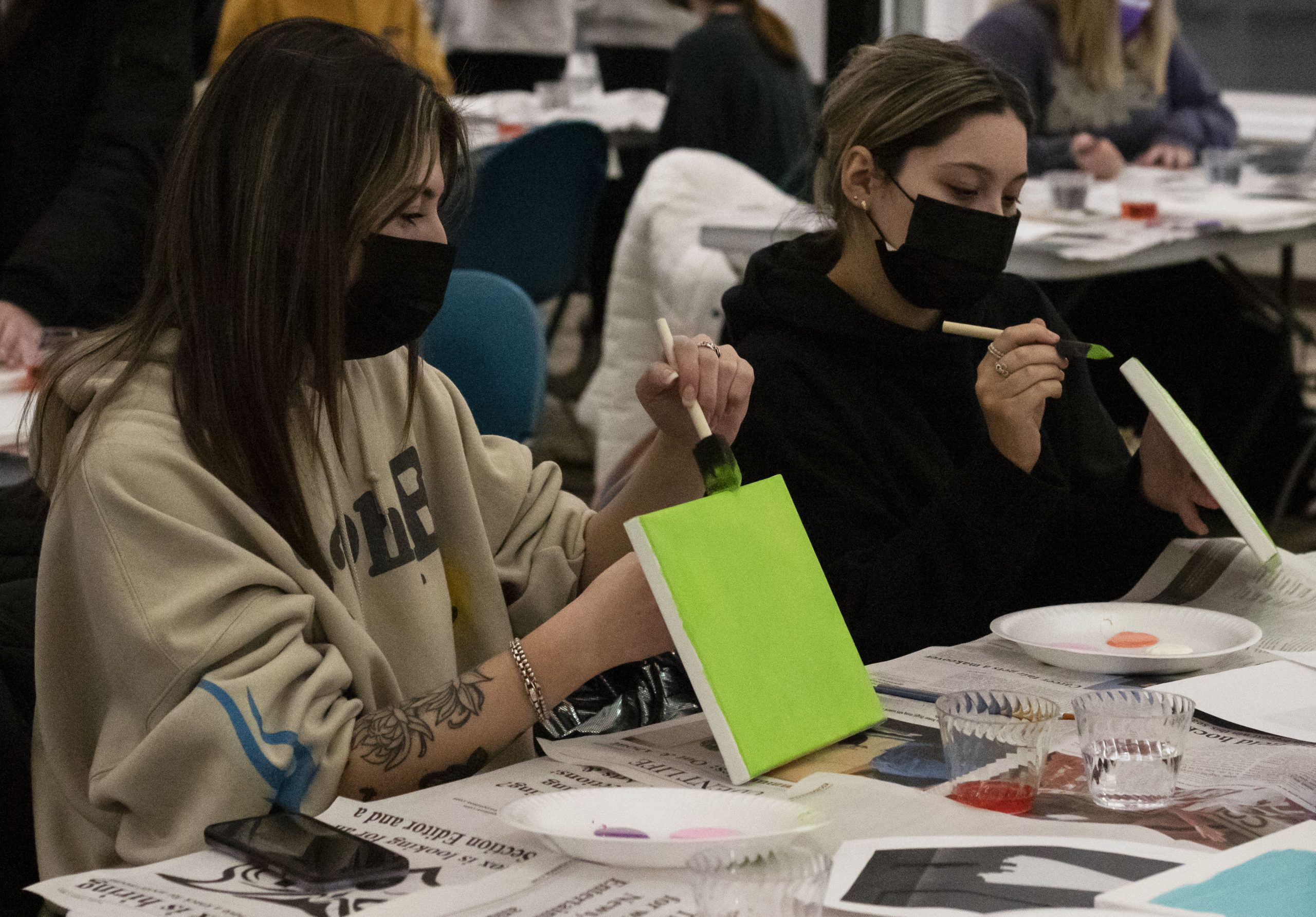 ANAD is a non-profit which has been providing free support services to those suffering from eating disorders for 45 years, according to the ANAD website.

The Paint n’ Sip event was held in the Student Center Flag Room. Students were welcome to come and paint a small canvas while listening to music and enjoying mocktails prepared by the sisters of DPhiE. Donations were encouraged but not required to attend the event and all proceeds went to ANAD.

Sydney Litchfield, the Vice President of Programming for DPhiE, headed up the planning of the event. Litchfield entered the position of Vice President of Programming this semester, so planning this event wasn’t something she had previous experience with. “It’s been a new experience. I had to coordinate getting all the supplies and the fundraising stuff, which is the big point of this. Getting people to come and have fun and have people recognize that we’re doing this for a good cause. And hopefully get people to donate some money to [ANAD].”

This isn’t the first Paint n’ Sip to be held by the DPhiE. It has become a tradition for the sorority. Last semester, a Paint n’ Sip was held to benefit a non-profit which provided support for people with cystic fibrosis.

According to Litchfield, DPhiE’s partnership with ANAD goes back a long time. “We already have a collaboration with [ANAD], we have for decades. It’s been a long time, so it’s kind of just a yearly thing that we do,” Litchfield said.

Emma Wheeler, an attendee at the event and one of the DPhiE sisters, said that supporting ANAD helps to disprove some of the negative stereotypes of body shaming that can be associated with sorority culture. ANAD is an important cause to Wheeler, and she was excited to help raise money, and to donate whatever paintings were made at the event to the non-profit.

Litchfield and Wheeler both brought up the importance of spreading awareness of fundraising events like these. “I’m so glad that people saw what we were doing and decided to come out, that was honestly my goal, and I’m really happy that that happened because that’s the whole point, just to get people aware of what we’re doing,” Litchfield said.

ANAD week will consist of tabling in the Student Center starting on March 28 and continuing through April 1. On Thursday, March 31, DPhiE plans on holding a Karaoke Night to raise more funds. As with all the DPhiE ANAD events, karaoke is free to all students.