The team came to give updates on some things that have been updated since the last time they were at the student assembly.

Some of these items include:

Hightower said that the new facility will be more of a late-night option being open from 5 P.M. to 10 P.M. The new marketplace will offer more nourishing snacks and more healthy options. The floor was opened for members of the student assembly to share their concerns, which include:

One representative discussed the lack of chicken tenders at Lloyd’s. Denning responded to this by saying that it’s been a challenge sourcing chicken tenders that are up to KSC Dining Standards.

Following this, a question and answer portion was held.

A representative asked about Boost orders being made too early, earlier than the scheduled time.

Denning responded saying sometimes the Boost app will say an order is ready when it is not, and he will look into this because orders should be made when you want it.

Another expressed that the sandwich and wrap station is missed, as it gave students a lot of control over what they are eating.

Denning answered, explaining that the KSC Dining employee who ran this station, Madonna, is still making sandwiches every day, but bringing back the station is on the short-term “list” of items to bring back.

Finally, a representative asked if Sizzler nights would be bought back.

Denning responded that while this could be a possibility, it would be asking the KSC Dining employee, Josh, to work a 16 hour day, something Denning would not want to do.

Other announcements included President Melinda Treadwell’s State of the College address for students on November 30, and Red and White Night being brought back for seniors this year. 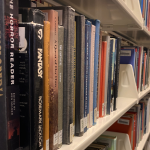 Finding textbooks in new ways Previous
Football: Is it a good addition? Next 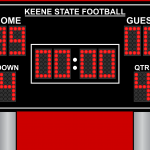