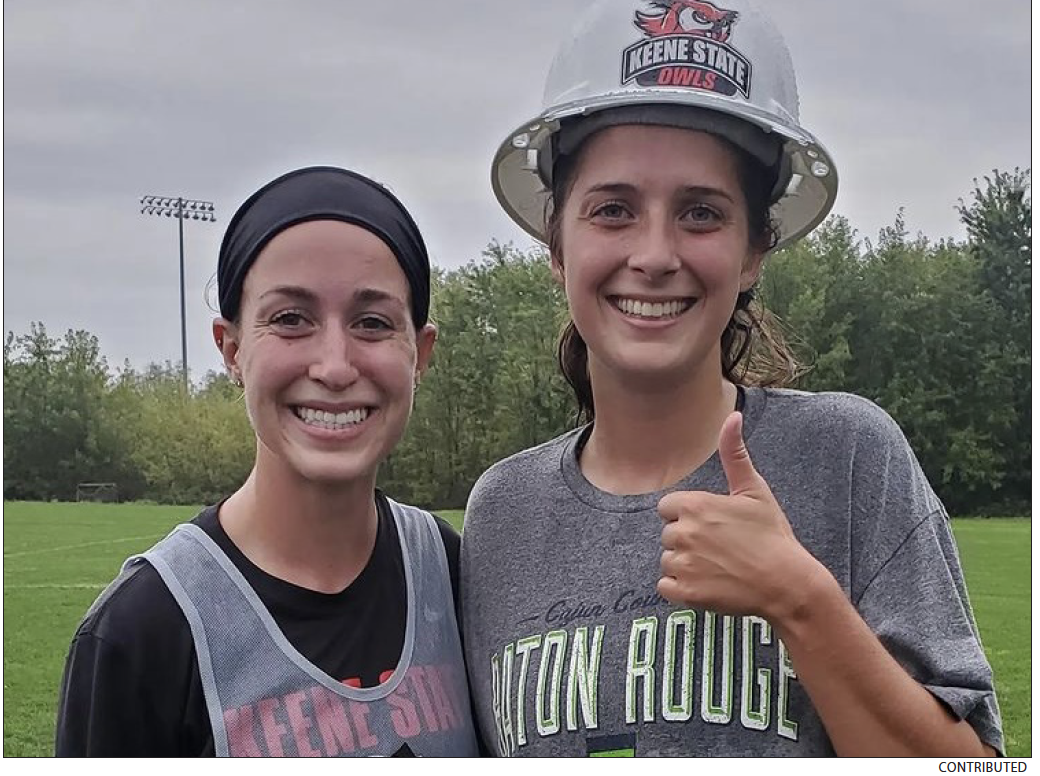 The KSC women’s soccer team recently introduced Coach Sarah Testo, who has managed to bring with her, a new tradition.

This is known as the player of the match hard hat tradition.

Testo explained her thoughts behind why they are starting the tradition.

“We wanted to emphasize just working hard at practice and obviously carry over to games,” Testo said.

Testo also explained how a player gets chosen as the player of the match.

“Whoever works hard from start to finish, never gives up, doesn’t take plays off and just continues to work the entire game,” said Testo.

Testo also said that whoever gets chosen as the player of the match is allowed to help choose the person who receives the award the following game.

Senior captain Alex Kennedy, said the hard hat goes to an individual that displays hard work and dedication for the team.

Kennedy continues, “it’s a person that puts their team first and works hard and is positive and helps motivate the team. Also, it’s someone that plays well and affects the game.”

Kennedy speaks highly of the new tradition and explains that she believes it is beneficial for the team.

“I think it makes people recognize that they want the hat and want to be the person that gets recognized, and it pushes them to be more aggressive in the game,” Kennedy said.

Kennedy also describes a well-known tradition the team plans to start up again this year called the “secret buddy.”

Kennedy explains why she believes bringing back this popular tradition will be helpful to the team.

“It’s to help bring the team closer together and help pump us up before a game,” Kennedy said.

“We pick out of a hat and each person gets a name. With that name we go to the grocery store and buy them their favorite snack and drink. Then we write them a motivational, good-luck note. The seniors will pass out the bags to each player, so that each bag stays anonymous,” said Kopicko.

Having numerous changes occurring this up-coming season, Kennedy is optimistic on the outcome of this season.

“I think it’s gonna be a good year. I know we got off on a rough start but I think this is a team that we can capitalize and go far with,” said Kennedy.

With a change in coaching staff, Kopicko explains how she believes this change will ultimately help the team in the long run.

“Testo definitely pushed us hard throughout preseason, to get us where we are today. I think it is beneficial now that we’re all in much better shape because of it.”

Kopicko also spoke on some minor challenges for the team since Denise Lyons’ retirement.

“It was definitely a transition because the retirement of Lyons was unexpected, but we’re all adjusting and overall I think it’s forcing us to rely on each other more, resulting in our team becoming closer and more united,” Kopicko said.

“My goal is to win LEC’s and then keep going and go into the NCAA’s,” said Kennedy.

Joe Monkiewicz can be contacted at 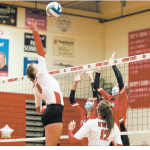