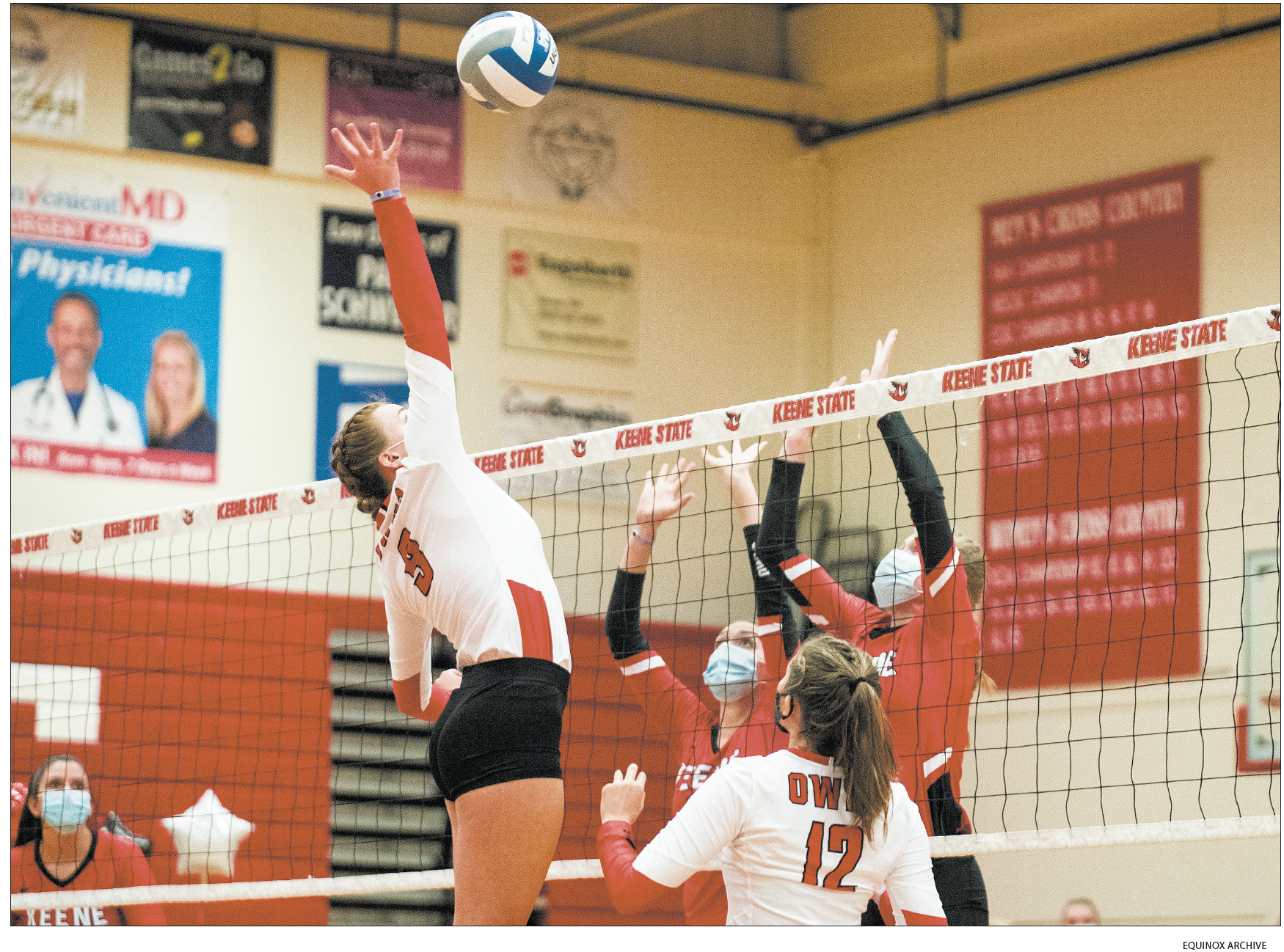 The Keene State College volleyball team played their first of their three game series at the MIT Invitational Friday, September 10, 2021.

The Owls had a good 4-2 lead early on in the first set after kills by Elizabeth Johnson and Cassidy Samuelson, but MIT scored the next seven points to make the score 9-7 in favor of MIT.

Keene State remained within two after another spike by Samuelson and an MIT serve error, but the home team proceeded to go on a 10-3 burst to gain separation and take a 22-13 lead.

Keene ended up scoring three more points to make the score 22-16, but that was the closest they got.

In the second set, the Engineers took off and they took a 7-6 lead.

A kill by the Engineers Senior Middle Hitter, Annie Bryan started a streak of six consecutive points by MIT, allowing them to lead 12-7.

The Engineers got eight more points, bringing MIT’s lead to 20-12 after kills from Julia Caravias.

A swing from Bryan widened the gap even more, making the score 22-13.

MIT made an error in the second set, allowing Keene State to come back with a kill and block, decreasing the deficit to six.

There were three more consecutive kills put on the board by Keene State, but, a ball handling error put the Owls behind 23-20.

The third set was very eventful, with three lead changes early on.

The Owls had a 5-1 run and that gave them some control and a 13-9 lead after kills from Sydney Johnson and Sarah Williams.

These kills went along with an ace from Kacie Blanchet but MIT was still trailing by four after Ali McLoughlin and Elizabeth Johnson came through for the Owls.

MIT shot off five points to tie the score at 17, being even for the first time since it was 8-8 earlier in the game.

KSC went up 18-17, but the Engineers made a quick comeback and put up three straight to make the score 20-18.

Blanchet set up Emilyann Ashford and Sydney Johnson as part of a three in a row for the Owls to put them ahead 21-20.

MIT ended up putting up two more, but a serve error by the Engineers and an ace by Blanchet put KSC back in the lead 23-22.

The Owls could not hold onto that lead however, as a set full of runs saw MIT put up the last one.

An error for Keene State on the serve tied the game before Emily Cheng and Bryan helped account for the next two on a team block and kill/assist as Keene came up short.

This game was only the second time these teams would face off against each other in the past 10 years.

Kacie Blanchet is doing well this season and has 15 service aces in the five matches they’ve played.

They would have two more games to play in the Invitational.

On Saturday, September 11 the Owls played their second game of the invitational series.

This time, they faced Bowdoin. Keene State took the first set 25-21, giving them the lead of 1-0. However, the second set, followed by both the third and fourth, were taken by Bowdoin. Keene State lost the second set 25-21, and the third 25-18. The fourth set came extremely close, having to go past the designated 25 points. Ultimately, Bowdoin took the fourth set, which would be the final set of the game, 26-24.

EmilyAnn Ashford, Sydney Johnson, and Ali McLoughlin worked together to earn 34 of the 45 kills of the entire game. Ashford single-handedly had 15 kills, with S. Johnson falling shortly behind with 12 kills, and McLoughlin with seven.

Ashford also had a strong blocking game, with a leading score of six blocks. Elizabeth Johnson was right behind her with five blocks, and McLoughlin with four.

Out of the total 45 kills, setter Kacie Blanchett had 43 assists. Reagan Fleming had an assist as well. Fleming had a leading score in digs with a total of 16, followed by S. Johnson and Blanchett, each with six.

KSC had two aces throughout the four sets. One of these aces was scored by McLoughlin, and the other by E. Johnson.

The lady Owls saw better results in the third game.

KSC played their third game against Endicott College. The Owls took the game in the first three sets, winning each. Keene State won the first set with a lead of 25-16. The second set came much closer, going past the designated 25 points. KSC pulled ahead and took the second set 26-24. In the third set, the Owls kept a dominant lead, winning 25-14.

S. Johnson, McLoughlin, and Ashford lead the team in kills yet again, making up 31 of the 40 kills of the game. S. Johnson had 13 kills within the three sets. Shortly behind was McLaughlin with 12 kills, then Ashford with six.

The lady Owls had an empty score in terms of blocks.

KSC improved their scoring of aces immensely, having a total of ten aces within the three sets. E. Johnson had the most aces with a total of four, while S. Johnson and Blanchett had the second most number of aces, each scoring two.

The KSC women’s volleyball team will next face Rivier at home, Tuesday night the 14, at 7pm. The Owls will then travel to New England College on Thursday the 16. On Saturday, the 18, Keene will travel to Providence RI, to face University of New England at 12 pm, followed by Johnson & Wales at 2 pm.

Jill Diamond can be contacted at 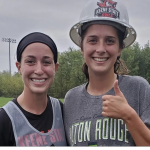