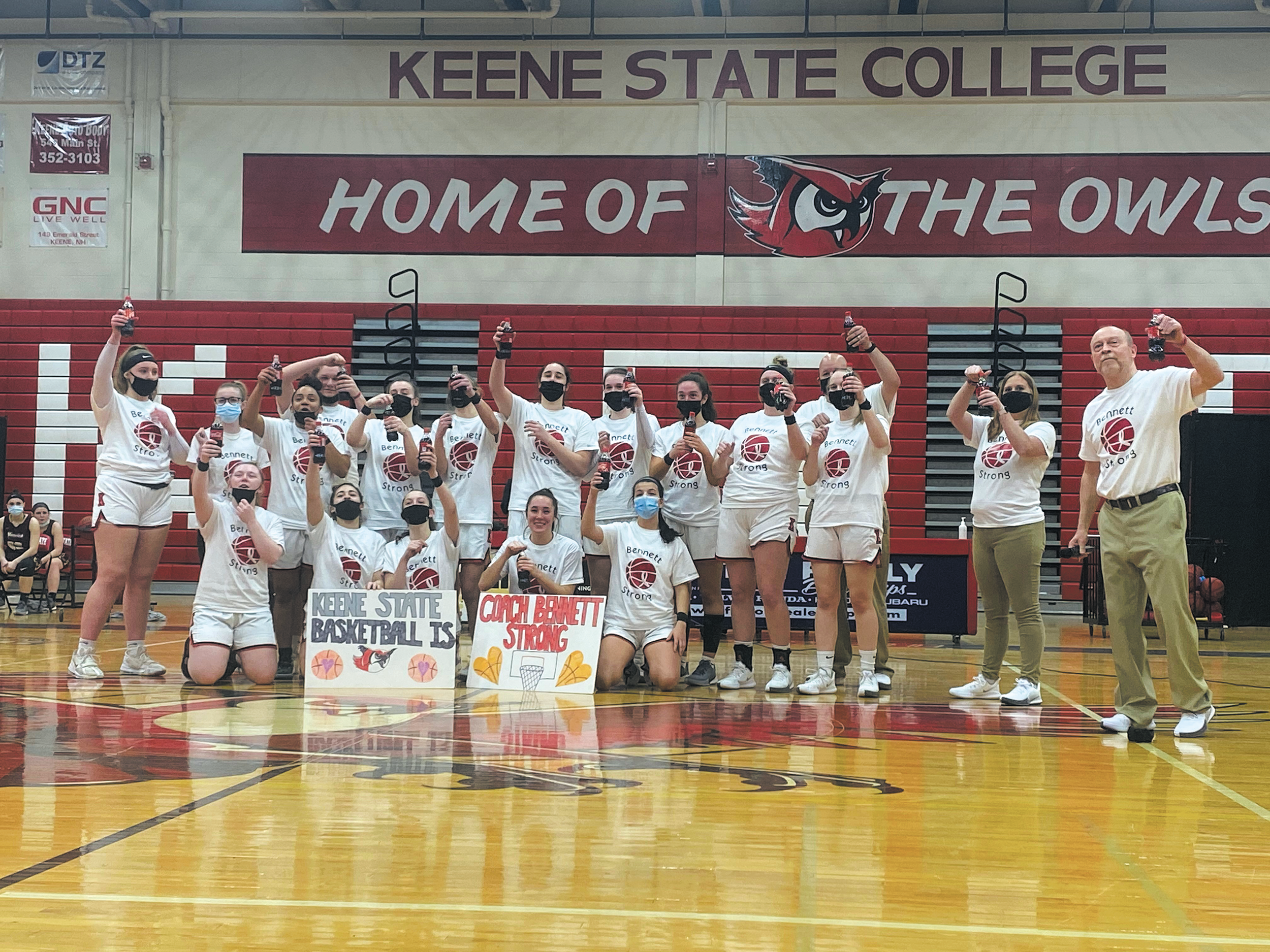 Rob Bennett is the assistant coach for the Keene State College women’s basketball team, but everyone who knows him knows he is so much more than that.

Bennett has been coaching for the women’s team since 2012 and before that, he was a teacher, principal and a high school coach.

However, this year has been difficult for him to come to games with his recent cancer diagnosis and the pandemic. He has only been able to watch the women’s basketball games from live broadcasts.

“About six weeks ago I was diagnosed with cancer. I have begun treatments and feel pretty good,” Bennett explained.

“Watching the team play has been both great and nerve racking,” described Bennett. “I’d love to be there helping coaches and players compete, but watching the games has been the best case scenario given the times and my situation. It also allows me to watch the game and send some thoughts to the coaches after the game. I have spent a lot of time this year cheering and yelling at the screen.”

Both Lilly Shlimon, senior guard and captain on the team, and Keith Boucher, head coach of the team, brought up his amazing coaching skills in life and the game. They agree that Bennett has strengths in disciplining but will also make you smile if that’s what you need.

“Throughout my four years here he has always been the one to kick me when I need it but also the one who encouraged me when I was down,” said Shlimon. “The impact he has made not just on our team but also on students and athletes across the state of New Hampshire is incredible.”

Shlimon went on to say that, “Coach Bennett brings so much knowledge of the game to our team, he also brings endless support [for us] as a team as well as each of us individually. However, those things don’t compare to what he brought with his positive energy and countless jokes. He always showed up to the gym every day with a smile on his face and would know just how to get us all going, whether that was motivating us to work hard or making us laugh.”

Boucher has had many highlights and memories with Bennett over the years. He mentioned in a speech at the women’s basketball game on March 14 against Norwich University how enthusiastic Bennett is for this job.

“He never asked about salary, he never asked about anything, he just wanted the job and that is a very rare attribute in anybody today….all he wanted to do was coach, he would travel back and forth sometimes in weather that wasn’t great,” said Boucher. Bennett described his job powerfully by expressing,
“The whole experience of being a part of KSC has been a dream come true. From President Treadwell, the three AD’s I have had the pleasure of working for, to the other coaching staffs, to all the athletes. It has been a wonderful experience and I am indebted to all of them for this opportunity. There is no finer institution, and no other team I’d trade. They have enriched me more than they will ever know.”

Boucher mentioned how since Bennett wasn’t able to travel much this year with the pandemic, he spent a lot of time focusing on recruitment for the team. Another memory Boucher discussed was all their time spent together including sitting next to him at every game.

“You know, you spend so much time with somebody whether it’s traveling to games, traveling to recruit, sitting on the bench in tough games,” said Boucher. “You sit so close to each other, well not this year but in a normal circumstance coaches sit right next to each other and he was either on my right or my left and as soon as I get excited I throw my elbows. He took a lot of elbows into the chest and never complained about it.”

“Support from the team has been overwhelming, humbling but not surprising,” said Bennett. “The young ladies that currently play, and the former players that have reached out are exceptional people. They are unbelievable in every sense of the word. That starts at the top with Coach Boucher, he consistently stresses that the game is only part of the experience. Caring for those around, giving those in need your time, energy and help, as well as being a great person and student are all part of being a KSC Owl. I love each one of our players.” 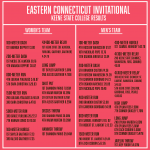