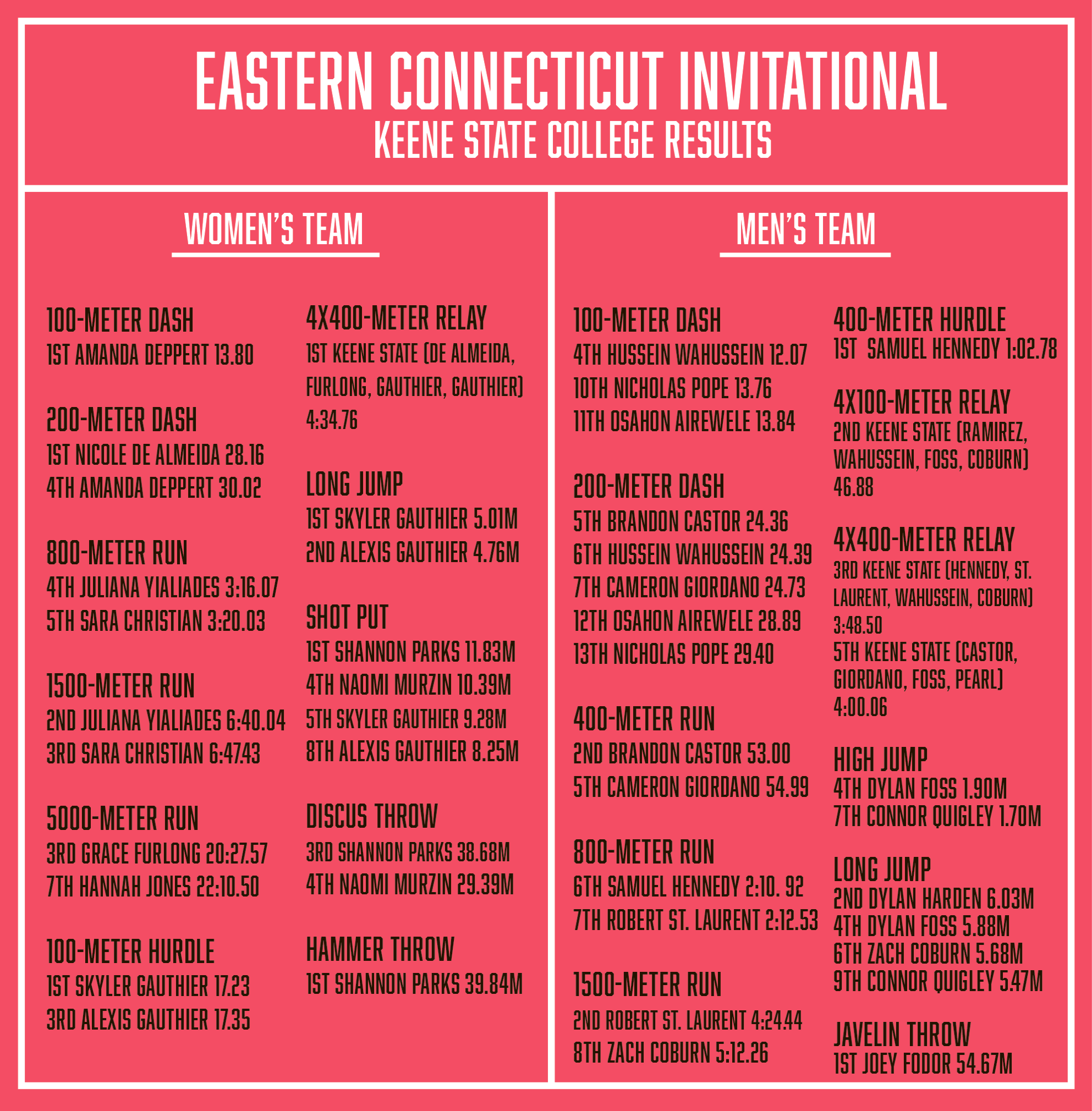 The Keene State College track and field team took to the road this weekend to face off against Roger Williams University and Eastern Connecticut State University in their season-opening meet.

This was the first time in almost two years that both the men’s and women’s outdoor teams were able to compete, with their last full-team competition together having been the Springfield College Invitational on April 20, 2019.

Even with almost two years worth of competition rust built up, it did not take long for the Owls to shake out their legs and hit the track, and the field, running.

Top performers of the meet are as follows, starting with the women’s team:

Junior Amanda Deppert won the 100-meter dash with a time of 13.80 seconds.

Nicole De Almeida, who is competing as a graduate student, won the 200-meter dash with a time of 28.16 seconds.

Senior Skyler Gauthier took home a win in both the 100-meter hurdles and long jump with a time of 17.23 seconds and a distance of 5.01meters.

De Almeida and Gauthier also made up one-half of the winning 4×400-meter relay, joined by teammates Alexis Gauthier and Grace Furlong, and winning with a time of 4:34.76.

For the men’s team, top performers of the day started with first-year Samuel Hennedy who took home a win in the 400-meter hurdles with a time of 1:02.78.

The Owls will compete next on April 17 at the George Davis Invitational in Lowell, Massachusetts.

Claire Boughton can be contacted at
sports@kscequinox.com 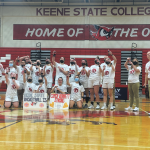