‘This is Where it Ends’ book review

Warning: The book reviewed below takes place during a fictional high school shooting and includes themes of sexual assault, violence and abuse.

What’s The Book About?

This is Where it Ends is a fictional, stand-alone novel written by Marieke Nijkamp. The novel takes place at Opportunity High School in the small town of Opportunity, Alabama, during the student’s first day back from winter break. After the school’s principal completes her notorious “welcome back” speech and the students are dismissed to go to class. It is soon discovered that all the doors in the auditorium are locked, trapping everyone inside.

Three minutes after the bells ring for the beginning of third period, one of the auditorium doors finally opens. What meets the crowd of students and administration is a boy with a gun. And as Nijkamp states: “Everyone has a reason to fear the boy with the gun.”

The novel follows four separate students throughout the 54-minute shooting; Claire, the cross country star and JROTC drill team captain, Autumn, the Juilliard-hopeful with a tragic past, and twins Sylvia and Tomas, who are struggling with their own relationship as well as what their futures hold.

Marieke Nijkamp is a Dutch author who is responsible for other books such as Before I Let Go, The Oracle Code and Even if We Break.

This book was incredibly hard to read and I find it even harder to review.

This is Where it Ends deals with the harsh reality that every young American who has been through, or is currently in, the public school system has had to face: the possibility of an active shooter entering your school.

Because of the main topic, the book was viewed in an extremely controversial light when it was first released and still has some heated debates popping up around it today. I have found that after scouring through reviews, discussion boards and articles about the book, some of the main topics of debate are: Is it morally right to write a fictional book about a school shooting, did Nijkamp overstep and add dramatics into sensitive, real-life events and did Nijkamp portray this fictional shooter, as well as the students responses to the shooting, in a realistic way?

I am not here to answer those questions and I don’t believe I can answer them in a way that won’t lead to more debating. I think the way to find those answers is to read the book yourself and see what opinion you form on your own.

So here is what I will talk about.

Regardless of if a person believes Nijkamp portrayed a school shooting accurately or not, this book draws attention and starts conversations about a major problem in America. At the end of the book, Nijkamp includes a list of discussion questions as well as a letter from herself explaining her intention behind the book.

For me, This is Where it Ends was an extremely hard book to read. It is emotional, dark, tragic and puts something horrifying into words and pages that are difficult to get through at some points. This book is not for everyone and the topics touched by Nijkamp can be triggering.

However, I think this book is worth a read. 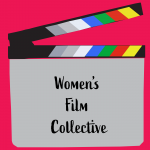 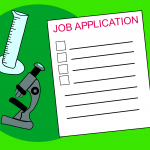