Since its development in 2005, YouTube has become the world’s most popular video streaming website with 7 billion hours of video watched a month. YouTube has even become the second largest search engine on the internet. Today, YouTube is used as a source of entertainment, as well as for educational purposes.

With YouTube having over a billion users with twice the amount of videos, it can be hard not to use it to procrastinate.

We can all admit to using websites like YouTube to procrastinate from completing dreaded tasks like studying or going to the gym. Although this may put off what we need to get done for a little while, studies have shown that the tendency to procrastinate can lead to even more stress as well as health problems. Psychological scientist Fuschia Sirois of Bishop’s University in Quebec found that procrastination can lead to hypertension and cardiovascular disease. Therefore, watching cat videos in order to avoid doing work may not be worth it afterall.

However, a study conducted at the University of Melbourne suggests that procrastination might just be a good thing. Dr. Brent Coker found that those who browse the internet while working are more productive than others who don’t.

“People need to zone out for a bit to get back their concentration,” Coker said. The study found that those who spend time on websites like YouTube for a reasonable amount of time are nine percent more productive than those who don’t.

Here at Keene State, YouTube is used as an educational tool rather than a source of procrastination. KSC journalism Professor Dr. Chad Nye said he is a believer in using Youtube and Vimeo as an “educational resource.” “I use it to provide class content to students, and I use it sometimes to get assignments from students,” he said.

Dr. Nye and others in the journalism department also use YouTube to show tutorials on how to use new technology. By using YouTube for educational and work purposes, students are less likely to view it as entertaining and will not use it to procrastinate.

Dr. Nye also mentioned that by using YouTube, Keene State and its students are saving money.

“We don’t have the technological infrastructure with Canvas and other things on campus to have a server that’s dedicated to student video content. It would be very expensive,” Nye said.

First-year student Molly Spooner said when she is on Youtube, she “is usually listening to music through music videos or watching movies.” Junior safety major Sophia Freeman said she uses it every day to find new music.For some students like Freeman, YouTube proves to be more than just a resource to get work done. Freeman has been using Autonomous Sensory Meridian Response (ASMR), to help her fall asleep at night.

“I was introduced to it by one of my friends back home and hated it at first. I thought it was sort of creepy the way they whisper to you.” ASMR is a euphoric and relaxed feeling brought on by soothing sounds such as tapping or soft spoken voices.

“Eventually, it really started to work for me too,” Freeman said. “I always go through YouTube to find ASMR videos because there’s a wide variety of them on it.”

For Freeman, Youtube has become a part of her daily life and seems to have no negative effects in terms of procrastination.

Although YouTube proves to be a useful tool here at Keene State, whether students use it to their benefit is completely up to them.

“In your student life, if watching my tutorials turns into a streaming cat video session, that’s on you. As long as you can discipline yourself, you have the privilege of using technology,” Dr. Nye said.

When it comes to being productive, first-year Abby Kelley said she thinks YouTube can be viewed as either positive or negative.

“Depending on how you use YouTube, it can be a tool for exceeding in subjects, but non-related videos can cause a distraction and lead to procrastination,” she said.

Some students may have trouble being productive with a distraction like YouTube, but at Keene State, it seems as though some students don’t watch cute cat videos until all of their work is done.

Emily Perry can be contacted at eperry@kscequinox.com 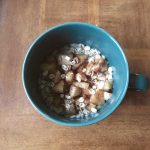 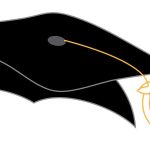