A recent trend has come up on social media called “Quiet Quitting”. This trend takes place in your work space and involves only doing the bare minimum of your job responsibilities. It is also referred to as “acting your wage”. The act of quiet quitting is made to stand in defiance of “hustle culture”, which is the mentality of working all day everyday to pursue your goal. A lot of people do not feel appreciated at their jobs and are now, as a result, putting in the bare minimum.

There is both a good and bad to this. Brad Polumbo from The New York Post, like many people from older generations, are against this new trend. “You don’t get promoted by doing the bare minimum. Why would you?” said Polumbo. He also has a problem with people claiming quiet quitting, calling them lazy and entitled, bragging about their sloth on social media.

There is some merit to this statement, claiming some people aren’t trying to “stick it to the man” but are just lazy and proud of it. It is foolish to boast about only doing the bare minimum in public where either your future or current employers can see you, and you aren’t going to get any praise from your boss if you only do the bare minimum. So, is this just another case of millennials and Gen Zers acting entitled and looking for a way to mooch?

While some of the people taking part in this trend fit that description, a lot of people are just overworked. Mental health has become a very serious issue in the past few years. Many people just can not handle going above and beyond what they were originally supposed to do in the first place.

Another point towards quiet quitting: why should you do more than you are being paid for? Most people do not do a job without getting paid because interns and volunteers do that. So, why should you have to do anything that is not in your job description? If the employer offered a raise, then it would be fine to expect someone to do more than asked, but expecting a person to do more than what is asked and not be rewarded for it is nothing short of cruel.

People all over the world fight battles in their head everyday. It is hard enough for these people to get out of bed in the morning, let alone have a job in the first place. The ones that do get a job are not going to be thrilled to find out that all of their hard work means nothing to their boss. I say that quiet quitting is not a problem, but a solution for healthier work lives. 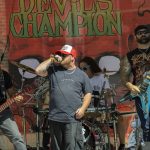 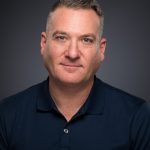