Next act for WLAX

Director of Athletics Phil Racicot described her as someone who was well-respected by both members of her team and her colleagues within the department.

“Katie was a really valued member of our coaching staff here in the department and she enjoyed not only just success on the field, but off the field,” he said.

At the time of her departure, Clark was the winningest coach in women’s lacrosse history at Keene State, with a 134-97 overall record, Racicot said.

During her inaugural season in 2009, the team won their first Little East Conference (LEC) championship, according to the athletic department’s website. The team would go on to win the title five times during Clark’s first eight years as head coach.

Also, several of her athletes were named all-conference players and earned places in the Keene State Athletic Hall of Fame during her tenure as head coach. She also led the Owls to their first NCAA postseason tournament victory in 2016, the department’s website reads.

Clark is now an admissions counselor and head coach of the girl’s varsity lacrosse team at Northfield Mount Hermon School in Northfield, M.A.

The department has just launched the search process for her replacement, Racicot said. He anticipates they will be able to find a new head coach before the spring season, citing the strength of the program that Clark cultivated during her tenure.

Noting all Clark has achieved during her 14 seasons with the Owls, Racicot said the department is looking ahead with a positive outlook.

“We look at it as an opportunity to maybe bring in a different perspective and viewpoint for the program moving forward,” Racicot said. “When coaches leave under these kinds of circumstances, you certainly are sad to see them go, but you’re happy because they’re making a decision that’s good for them and their family.” 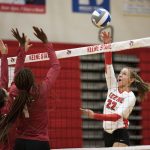 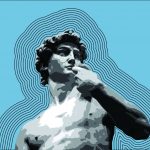