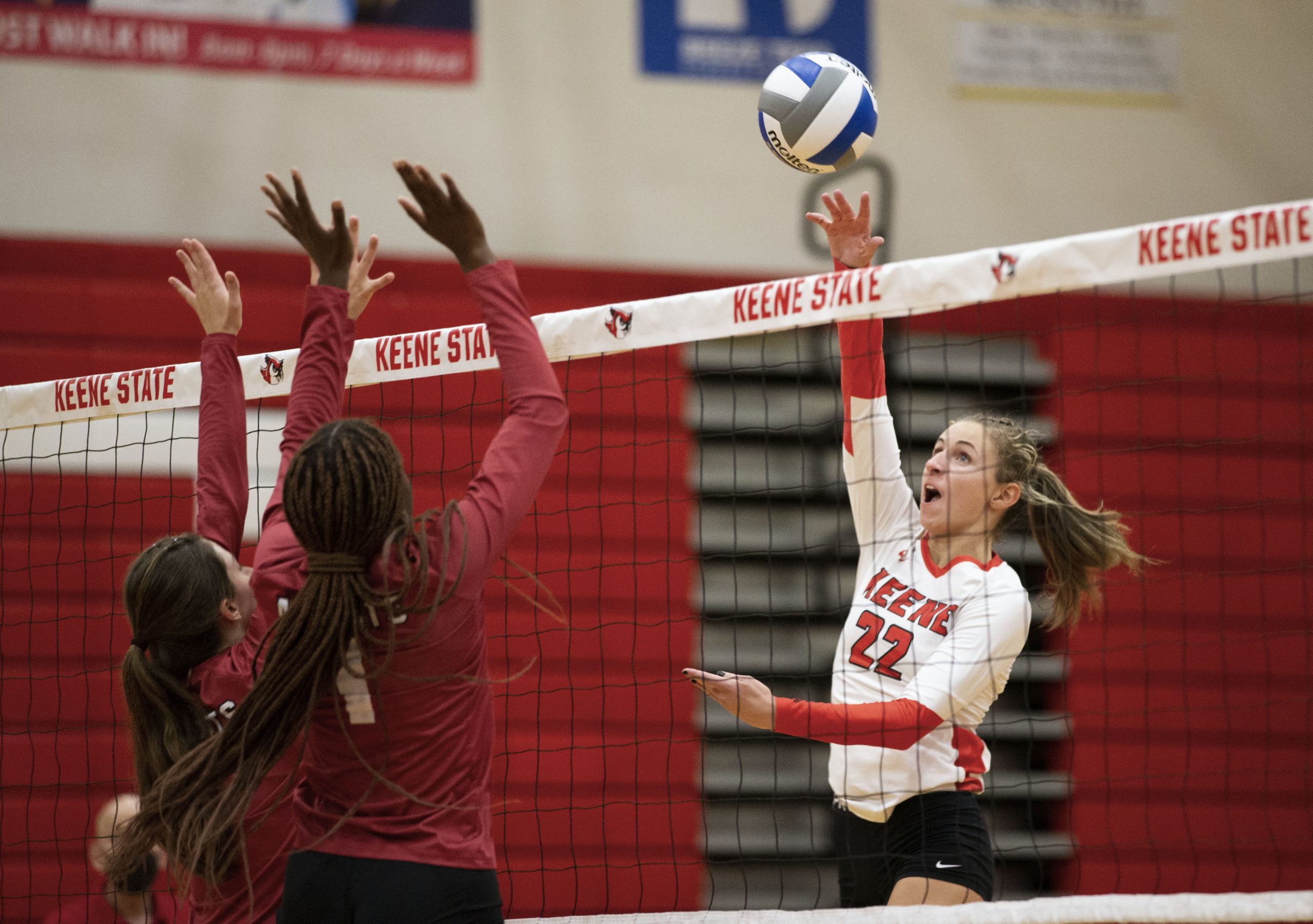 KSC’s Volleyball team opened their 2022 season on Wednesday night at Spaulding Gym with a three-set sweep of Anna Maria College.

The Owls dominated in sets one and two, where the Owls scored a combined 33 points.. Things got close in the third set, , as the Owls would complete the sweep with a 25-22 win, holding off a few surges from the Amcats in points.

Leading Keene on the night was Molly Wetherbee with eight kills along with Cassidy Samuelson with seven of her own. Another big part of the Owls’s victory was Kacie Blanchet who set up many points with 32 assists, easily leading Keene in the category on the night.

The match also was the debut of a few new Owls; including Grace Christian, Jessica Timothy, Annaliese Rudberg and Savannah Soleau. Christian recorded six digs in her collegiate debut.

The Owls will travel to MIT in Cambridge, M.A. for a tournament over the weekend and will not return home until next Thursday night, September 15, against Clark University.