How did the men’s basketball team perform this week?

The Keene State Owls welcomed University of Massachusetts-Dartmouth to their home turf at the Spaulding Gymnasium on Monday, January 31 at 6 p.m. This game was rescheduled from January 5 and no spectators were allowed.

The Owls appeared to be in decent position to extend their first-place edge in the Little East Conference (LEC) as they took the lead with 14 minutes left in the first half of the match. They held the lead for over 25 of the 40 regulation minutes but scored only 10 points in the final 14 minutes, after holding a 50-43 advantage. Sophomore Mason Jean Baptiste scored a team-leading 16 points, providing the Owls with that seven-point lead previously mentioned. Baptiste put the team up 54-49 with 11 minutes to go in the match, but the Owls proceeded to give up 14 consecutive points, rapidly falling behind by nine points (63-54) a little over five minutes later. Overall, the Owls missed 13 of their final 16 shots from the floor, their final three triples, and their last two free throws, while also committing eight turnovers in the final 10 minutes of the match. The game ended with a score of 76-60, with the Owls taking the loss.

UMass-Dartmouth is now in the lead, percentage points ahead of Keene State in the LEC standings, while having played three fewer conference games than the Owls.

Earlier in the week, the Owls hosted the Rhode Island College Anchormen in the Spaulding Gymnasium on Friday, January 28 at 6:30 p.m. This game was moved from January 29 due to winter weather and no spectators were allowed. Baptiste put in a new career-best 25 points. Junior Jeff Hunter added 20 points to help the Owls shoot 72 percent in the second half of the match. In the second half, the Owls had nine more assists (19) than field goals missed (10), and only had three turnovers. The Owls finished the game strong with a score of 108-83, with the Anchormen taking the loss.

The Owls welcomed rival Plymouth State to the Spaulding Gymnasium on Wednesday, January 26 at 7:30 p.m. There were no spectators allowed at this game. The Owls started out strong, finishing the first half in a tie of 32-32. They missed 13 of their final 15 shots, and committed four turnovers in the final minutes of the game. The Owls made only two field goals and one free throw the rest of the way as Plymouth State’s Yansel Reyes scored nine points – three more than Keene State’s entire team – in the last eight minute stretch. The Owls could not quite keep up, with the game ending in a score of 68-56 in favor of the Panthers. Keene State’s 34.9 percent shooting performance marked a new season-low.

The Owls hosted Eastern Connecticut State at the Spaulding Gymnasium on Monday, January 24 at 7 p.m. This game was rescheduled from January 11 and spectators were not allowed. The Owls ended the first half strong with a score of 37-31. They continued to perform good plays, and were victorious against ECSU with a final score of 89-74. The Owls placed five players in double-digits for the seventh time in 15 games this season.

The Owls will be facing Eastern Connecticut State once again, this time at the Geissler Gymnasium, on Wednesday, February 2 at 7:30 p.m. 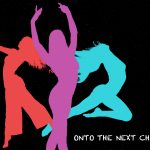