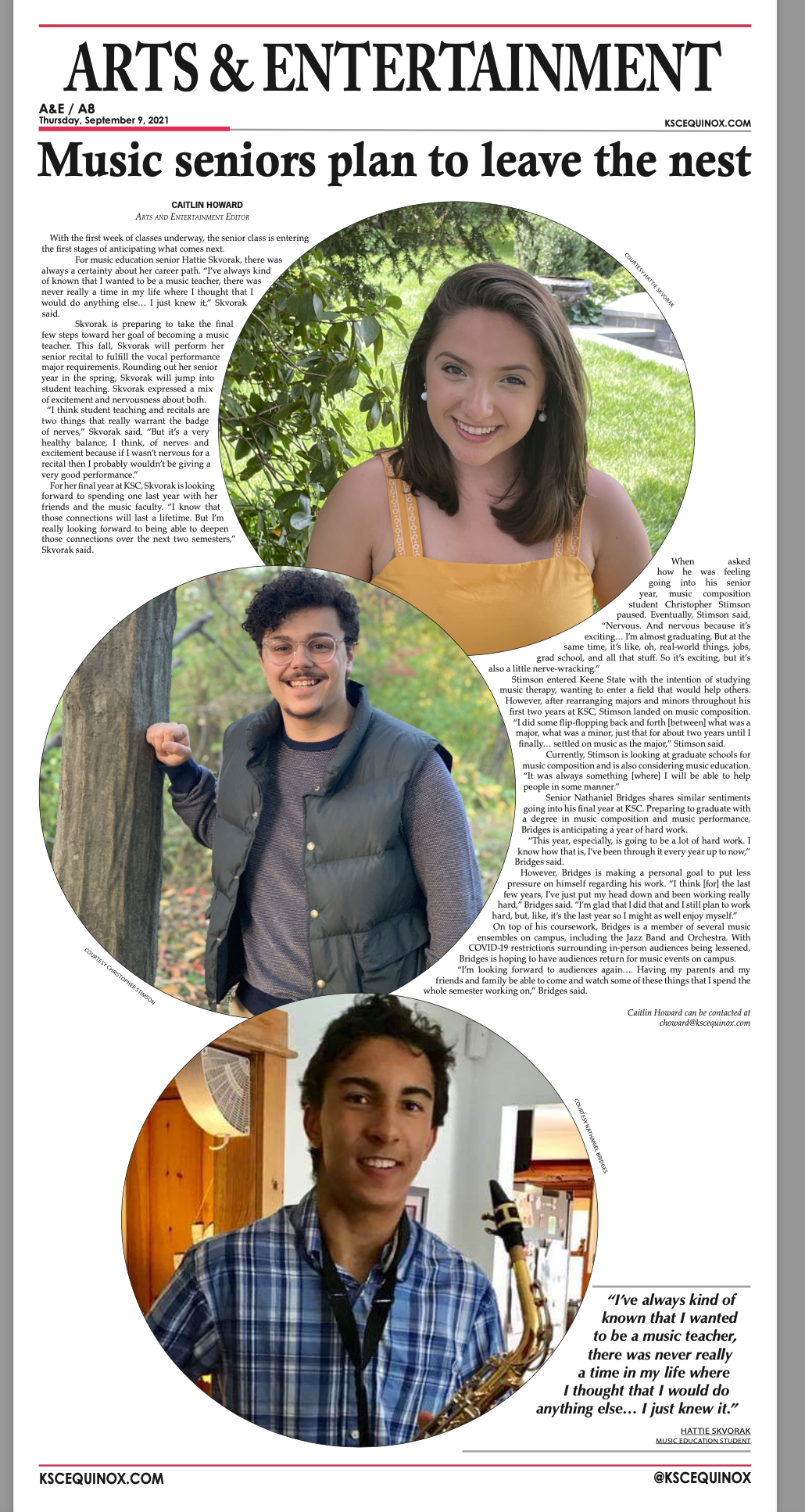 With the first week of classes underway, the senior class is entering the first stages of anticipating what comes next.

For music education senior Hattie Skvorak, there was always a certainty about her career path. “I’ve always kind of known that I wanted to be a music teacher, there was never really a time in my life where I thought that I would do anything else… I just knew it,” Skvorak said.

Skvorak is preparing to take the final few steps toward her goal of becoming a music teacher. This fall, Skvorak will perform her senior recital to fulfill the vocal performance major requirements. Rounding out her senior year in the spring, Skvorak will jump into student teaching. Skvorak expressed a mix of excitement and nervousness about both.

“I think student teaching and recitals are two things that really warrant the badge of nerves,” Skvorak said. “But it’s a very healthy balance, I think of nerves and excitement because if I wasn’t nervous for a recital then I probably wouldn’t be giving a very good performance.”

When asked how he was feeling going into his senior year, music composition student Christopher Stimson paused. Eventually, Stimson said, “Nervous. And nervous because it’s exciting… I’m almost graduating. But at the same time, it’s like, oh, real-world things, jobs, grad school, and all that stuff. So it’s exciting, but it’s also a little nerve-wracking.”

Stimson entered Keene State with the intention of studying music therapy, wanting to enter a field that would help others. However, after rearranging majors and minors throughout his first two years at KSC, Stimson landed on music composition. “I did some flip-flopping back and forth [between] what was a major, what was a minor, just that for about two years until I finally… settled on music as the major,” Stimson said.

Currently, Stimson is looking at graduate schools for music composition and is considering music education. “It was always something [where] I will be able to help people in some manner.”

Senior Nathaniel Bridges shares similar sentiments going into his final year at KSC. Preparing to graduate with a degree in music composition and music performance, Bridges is anticipating a year of hard work.

“This year, especially, is going to be a lot of hard work. I know how that is, I’ve been through it every year up to now,” Bridges said.

However, Bridges is making a personal goal to put less pressure on himself about his work. “I think the last few years, I’ve just put my head down and been working really hard,” Bridges said. “I’m glad that I did that and I still plan to work hard, but, like, it’s the last year so I might as well enjoy myself.”

On top of his coursework, Bridges is a member of several music ensembles on campus, including the Jazz Band and Orchestra. With COVID-19 restrictions surrounding in-person audiences being lessened, Bridges is hoping to have audiences return for music events on campus.

“I’m looking forward to audiences again…. Having my parents and my friends and family be able to come and watch some of these things that I spend the whole semester working on,” Bridges said. 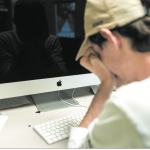