Due to the new restrictions put in place because of the increase in on-campus COVID cases, this week’s student assembly meeting was held virtually.

The meeting began with sophomore student assembly member defending her constitution for Pre-Law Society, a club for students who are interested in the legal path. The club would discuss topics such as the Law School Admission Tests (LSATs), professionalism, and careers in the legal field. Pre-Law Society also has plans to bring Keene State College alumni in the legal field as well as to meet together and study for the LSATs.

The constitution was unanimously approved.

Student Body Vice President Caitlin McCraken spoke about Student Government Carnival. McCraken explained that the vendor Student Government was originally planning with did not have the right insurance, so they had to draft a new contract with a new vendor, Party Vision. In place of the events and games planned, Party Vision will provide sand art, dorm signs and even an inflatable 5-in-1 games.

Ferrell also discussed the new adjustments put in place from President Treadwell’s May 6 email. Ferrell explained that they have been looking closely at the cases, and to expect an email from President Treadwell Thursday (May 13) outlining restrictions, which were caused by an increase in cases on-campus. Ferrell said the number of cases from the previous testing periods have plateaued. Ferrell also explained that she does not expect restrictions to be added, but rather the restrictions will either continue or loosen up depending on the number of cases, and told the Student Assembly to continue to keep planning outdoor events.

Ferrell gave some advice to the assembly, saying that because there is a lot going on, to take some time for themselves.

From class reports, the class of 2021 discussed carnival, senior gifts and dinner, with representative Jenna Gage encouraging underclassmen to volunteer for senior dinner, explaining that seniors should be able to enjoy the night. The class of 2022 and 2023 wrapped up their discussions for Carnival, and the class of 2024 representatives said they were hesitant to finalize their meeting, as their meeting was on May 6, when Treadwell announced the new restrictions.

Next week’s meeting will have new positions being voting on by the Student Assembly, and the meeting was adjourned at 6:56 PM. 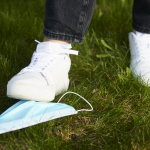 Speaking out against mask-wearing Previous
Double Trouble (Joe) Next 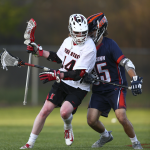