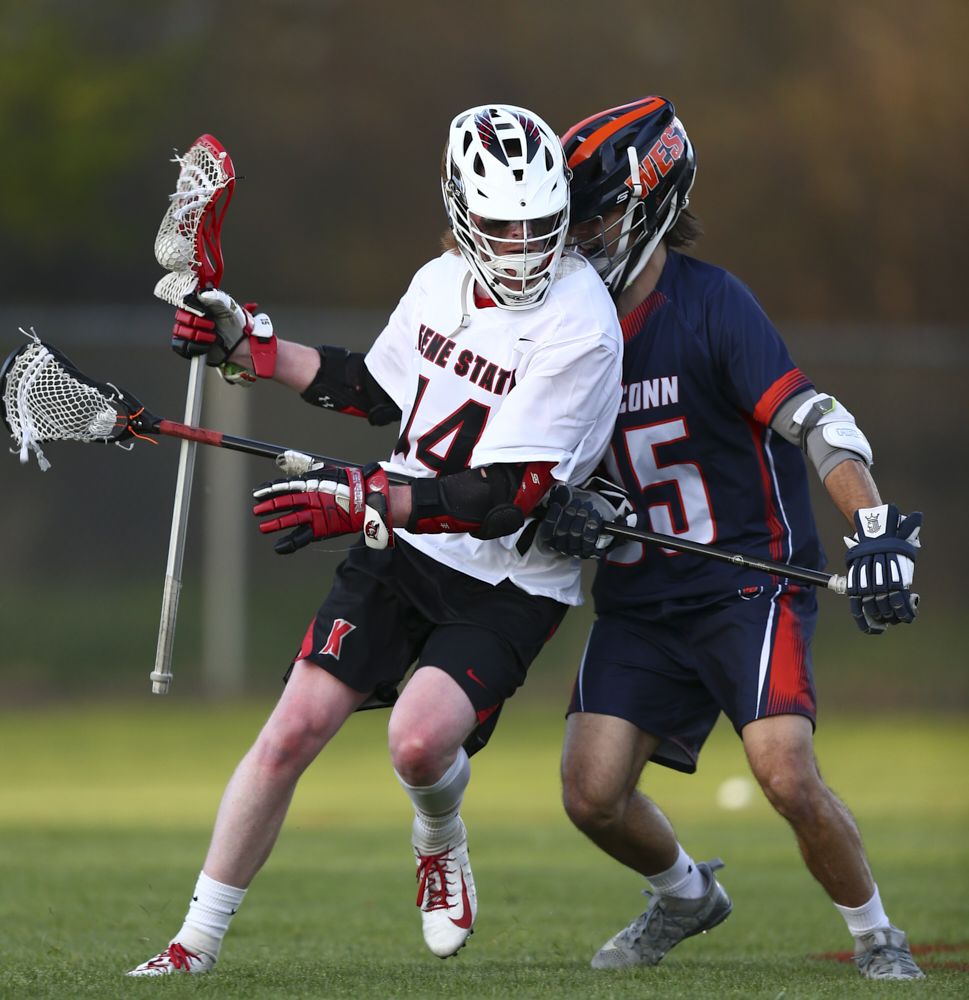 Ever since grade school, senior attack for the men’s lacrosse team Joe Nutting has loved the game of lacrosse.

But, the decision to play at the collegiate level was not an easy decision for Nutting. Nutting also plays hockey, so focusing on both sports in college was a hard decision. “I think playing both in college, it’s very, very hard just with time management and school work and everything,” Nutting said.

In high school, Nutting played lacrosse at an elite level for an AAU team called the tomahawks. Fletcher said this is when playing lacrosse at the collegiate level became a reality.

“I started to get some division one looks and interests,” Nutting explained. “I think that is kind of when I realized I could probably get some money to go to school to play lacrosse, so that’s really why I focused on it.”

And that is exactly what Nutting did. For his first year of college, Nutting went to the University of Massachusetts Lowell on a lacrosse scholarship, but realized quickly that he did not want to be there.

“I hated it,” Nutting said, “It was a lot of work and we weren’t very good. The work was not worth the reward. It was seven days a week, six hours a day, twelve hour a week at the study hall.”

Ultimately, Nutting ended up at Keene State where he could focus on both hockey and lacrosse. “The I got the opportunity to play on the club hockey team here as well as the lacrosse team.”

Nutting does not regret his decision to come to Keene State saying it is one of the best decisions he has ever made.

This season, Nutting is in the top five in the conference for goals. His drive, he said, was the virus. “COVID last year cut our season off early,” Nutting said.

Nutting’s teammate Travis Hamilton said that Nutting is the “anchor” of the offense. “He has added his experience as he has two years started under his belt and he was the only returning starting offensive player from last year,” Hamilton said.

Having only played three games last season, Nutting eas ready to get back on the turf. “ Everyone that returned was playing a little pissed off,” Nutting explained.

Although Nutting is in the top five, he credits his success as a team effort. “If you watch an of the games most of my goals are scored within two or three feet of the net,” Nutting said. “I’m kind of just getting open and the guys are making good plays to get me the ball. I am not by any means running through the whole team and doing it all myself.”

Hamilton shared that he enjoys playing with Nutting as he is a true team player. “My favorite part of playing with Joe is his consistency. I know I can get the ball to Joe and he will do the right thing with it,” Hamilton added.

Although a senior, Nutting is coming back for another year of play next season. “So, I’m actually going to come back for a fifth year,” Nutting said. Nutting attributes this to his transfer credits from UMASS, as some of the classes there were three credits instead of the traditional four credits like at Keene State.

Although he will be returning, Nutting is planning to take one class and work full time. On top of that, he hopes to get a full hockey season under his belt and end his collegiate career on a “high note.”

Theriault said that Nutting’s return for a fifth year is “exciting” and thinks that the team is going to be stronger than ever. Theriault attributes Nutting’s return to a hunger for normalcy. “You know, with one more year they can get something that resembles normal, which is exciting for all of us.”

Joe’s experience with the lacrosse team overall has been nothing but positive. “It’s just one big family,” Nutting said. “I think everyone’s pushing towards a championship and we’re always trying to get better every day.” 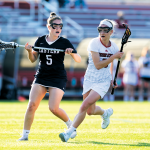