Phasing out HFCs saves our climate

I strongly agree with the proposition from the United States Environmental Protection Agency (EPA) because of how incredibly dangerous and potent hydrofluorocarbons are to the Earth’s changing climate. On May 3, 2021, the EPA proposed a plan to phase down and reduce the usage, production and importation of hydrofluorocarbons within the United States.

According to epa.gov, hydrofluorocarbons (HFCs) are a man-made type of gas that is commonly used in refrigerators and most of our air conditioners. HFCs were originally created to replace ozone depleting substances in the same products that hydrofluorocarbons are being used in today. The main issue with using hydrofluorocarbons is that they are an extremely potent greenhouse gas. I believe that while the creation of hydrofluorocarbons was meant to be a good thing, it only solved one problem but created another problem that is just as big and possibly even bigger.

The United States EPA’s goal with its plan is to reduce the usage, production, and importation of HFCs into the United States of America by 85% over the next 15 years. In my opinion, this is a fantastic goal to reach because while HFCs are very effective at their jobs, there are a bunch of other environmentally friendly substitutes that are just as effective and aren’t as harmful to the atmosphere. An example of a hydrofluorocarbon substitute is ammonia. Using ammonia as a substitute for hydrofluorocarbons is a lot more environmentally safe and effective compared to other alternatives.

Additionally, I believe that all manufacturing jobs should be required to inform their staff about the types of pollutants they are producing as a result of their production on a weekly or monthly basis.

Although, I do understand that it might be very costly or difficult to have these sorts of systems in place to get the numbers needed to produce these reports, I feel like it would be worth it in the long run. If more companies were open about their impacts on the environment, then more people would be more knowledgeable about how damaging the majority of products we use are to the environment. 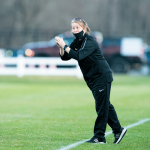 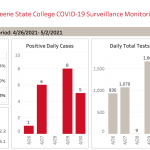