AN OWL LEAVES THE NEST 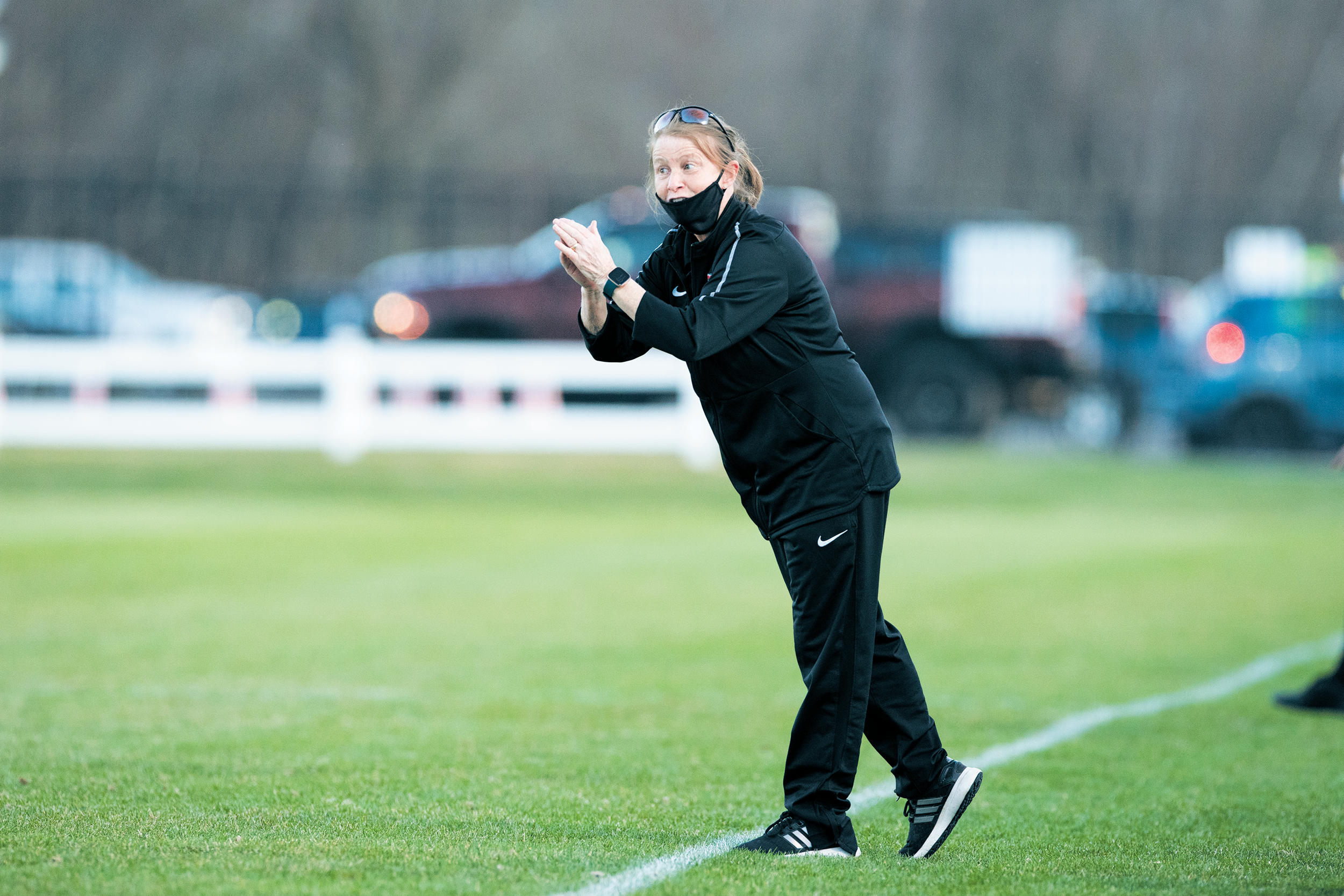 After nearly 35 years at Keene State College, an Owl is leaving the nest.

Women’s soccer coach Denise Lyons is retiring. “I hadn’t planned to retire for another couple of years, but during these COVID times, I have had a lot of time to reflect and think about everyday life in general. Watching the death rate climb throughout the world due to COVID made me realize that life is short. My mother, two sisters, nephews and nieces all still live in Ireland,” Lyons said, in an email interview.

Lyons said the retirement comes after the college began offering early retirement packages to faculty and staff that were eligible. “I want to be able to go home regularly to visit them and spend quality time with them. With the early retirement package on the table, I decided to take advantage of that so that I can spend longer periods of time in Ireland with my family. I also am looking forward to traveling around the U.S.A. and visiting parts of Europe.”

Lyons came to Keene State in 1986, and after graduating, became a graduate assistant while pursuing a master’s of education, and then became head coach. “It was an exciting opportunity to coach at my alma mater. I love Keene State and to be able to continue to be part of the community and coach the sport I am passionate about was such a wonderful opportunity for me and one that I will forever be grateful,” Lyons said.

In terms of leaving Keene State, Lyons said, “It is definitely bittersweet but I will not be leaving the Keene area for a few more years. I will definitely miss the everyday interactions on campus with the students, my work colleagues and on campus friends, where at the same time I see it as a new adventure and the beginning of a new chapter in my life. I will always stay connected to Keene State and look forward to being a fan in the crowd watching all our athletic teams play.”

Assistant Athletic Director Abe Osheyack, who has known Lyons since Osheyack was a student at Keene State, said, “I think it’s a huge loss for the department; it’s a tough one for me personally, I consider her one of my closest friends and colleagues within the department.”

Osheyack shared, “[She’s] a shoulder to lean on, a person to discuss things with, she wrote a recommendation for me to get into graduate school. She’s really just an unbelievable person.”

Senior goalkeeper Abigail Terrinca, also shared this sentiment, “I’m happy for her because I know she’s been at Keene for a really long time, I think [for] a lot of it’s a really because she’s been such a big impact here on the team, she’s definitely going to be missed for sure.”

Lyons also talked about her impact on her players, “I think that a goal of every coach should be to touch the lives of their players in a positive way. Coaching is a lot more than just teaching skills and the X’s and O’s of the game. It’s about teaching and instilling in them life long skills and tools that they can take with them for life after college,” Lyons said.

Terrinca shared her favorite memory of “Irish”, the soccer team’s nickname for Lyons. “During preseason, I had a really hard time adjusting to Keene. I didn’t even show up to the first session of preseason. I wanted to quit and she made sure that I was there and she really supported me and encouraged me to be there. I probably wouldn’t be playing soccer in college, if it wasn’t for her forcing me to be out there.”

Lyons shared her favorite memory of being at Keene, which happened during a soccer game in October of 2014 against Western Connecticut. “[Western] were undefeated on the year the game went into double overtime and with the score at 0-0, they got a penalty,” Lyons said. “I remember being devastated to have come so close. I remember putting my hands over my eyes too upset to watch the kick and then to hear a huge cheer from the crowd.”

“My goalkeeper, Torrie Crenson, had made the save. The ball was cleared out and a long, lofted ball was sent towards their end. my forward, Morgan Kathan, chased it down, beating a defender and lobbed the ball over the goalkeepers head to get the winning goal. This all happened within a time span of 15–20 seconds,” Lyons said.

Osheyack also said this was his favorite moment, “We tried to get it on Sports Center, and it was just one of the most unbelievable finishes I’ve ever seen to a game, and we still talk about it all the time to this day.”

Lyons said she has received “An outpouring of heartfelt congratulations from so many people but the ones that have touched me the most are from former players from teams spread over almost three decades thanking me for the impact I have had on their lives. It has been very emotional for me to read them, reoccurring comments such as being their mentor, role model, making them the leaders they are today, telling me how I touched their lives more than I will know.”

Lyons shared that, “Of all the accolades and achievements in my career, being able to have touched the lives of my players in a positive way is the ultimate achievement and the one that I am the most proud of.” 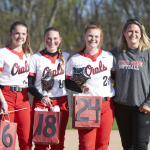