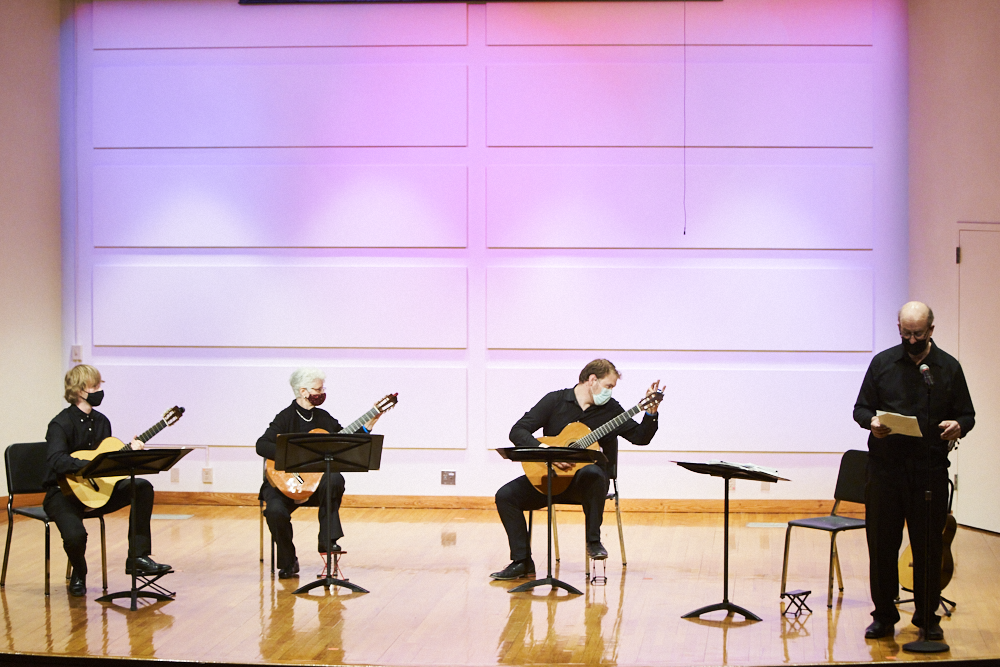 The concert was directed by music professor Dr. Jose Lezcano, who entitled the concert “Masterworks and Vignettes from Five Centuries.”

The program was abbreviated due to, as Lezcano said, first chair Guitarist, Alyssa Becker, being sent into quarantine. “Instead of cancelling the performance, I decided, ‘Let’s see how much of it we can do without Alyssa,’ and we came up with a list [of songs] on Monday evening, after the rehearsal.”

Music selections ranged from Spanish flamenco songs to King Henry VIII, “Very few people know that King Henry VIII was also a skilled musician… He was trained at music, in many musical instruments, he was a good singer, according to reports, and even wrote a little ditty that became popular around Europe,” Lezcano said.

Lazcano shared that he transcribed the flamenco piece from a recording from the mid 1960’s. “This was their own arrangement of a standard, and of course, in flamenco music there’s an element of improvisation, but for this piece everything’s written out.”

“I think we’re going to have a lot of fun playing it, and I hope the audience will also,” Lezcano said.

Andrew Szmauz, a music performance member who played the concert, shared “Maestro Jose Lezcano is by far the most talented and dedicated faculty member at Keene State, his virtuosity and passion for the guitar was a highlight of the evening. It was an outstanding honor to be able to perform by his side and create music with him.”

The full concert will be performed at some point this semester, and will mark Lezcano’s last concert before going on sabbatical. 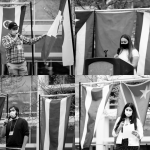