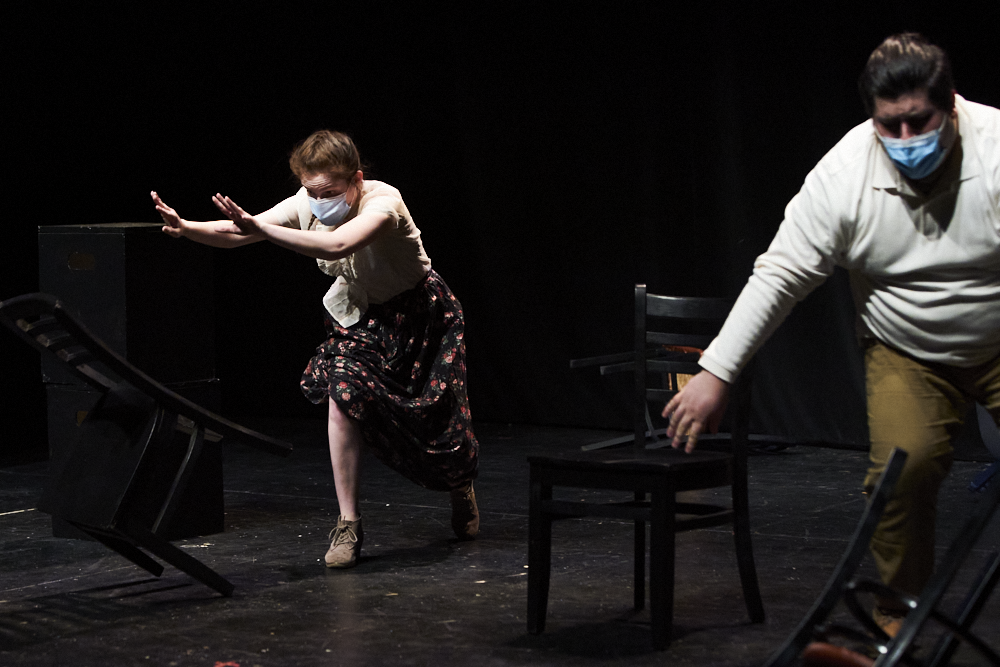 Junior directing student Amanda Smith directed “The Chairs” by absurdist playwright Eugène Ionesco as part of the first round of Directing II projects.

The play concludes with another character, the orator, coming onstage and telling the meaning of life while the old couple kills themselves.

Smith said that the decision process for picking this came from talking to Dan Froot and company after their virtual residency at the Redfern Arts Center.

“I kind of like to think that this play picked me before I really picked it. Because I kind of just was like, ‘Oh, whatever I’ll just do this show,’ and, through the process of me doing research and really analyzing the piece, I didn’t realize how heavy of a connection that I really did have with it because there’s a lot of emphasis on grief and remembrance,” Smith said.

Smith also drew from personal experience when directing “The Chairs.” “In this past year, I lost my grandad and my nana and I didn’t realize how important this piece was to me at the time when I had picked it. And then things just kind of clicked and it was really nice,” Smith said.

Smith continued, “I think one of the biggest moments was when I sat down with one of my actors, because I have an ‘Epilogue of Grief’ that expresses the idea of absence, and I got to sit down and have a 20 to 30 minute conversation where we both got to open up to each other. This moment in the show is very important to me [and] where I’m at in life… [and] we both got to take our experiences and really take them into what we were doing and creating.”

Smith shared that casting was “tough” and it came down to both scheduling and movement. “When it came to casting it was a lot of ‘Who radiates old people energy?’, as well as who has the ability to move their bodies in the way that I needed them to,” Smith explained.

Madelyn Alter, Patrick Mullen and Sean Gregoire, who were cast in the show, did not respond to The Equinox’s requests for an interview.

Before the show premiered, there were some obstacles the cast and crew faced. They were not able to get streaming rights, so the show was not live-streamed and, instead, was performed in front of a small audience of about five people in the Wright Theater.

“One of my actors was sent into quarantine for two weeks… so I had about a week of crunch time to crunch a bunch of missed rehearsals into one week,” Smith shared. “There were a lot of missing actors and a lot of unknowns happening.”
“The Chairs” was performed at the Wright Theater. The second round of Directing II projects will be held in late May. 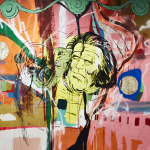