Student council brings back ThinkFast for another round 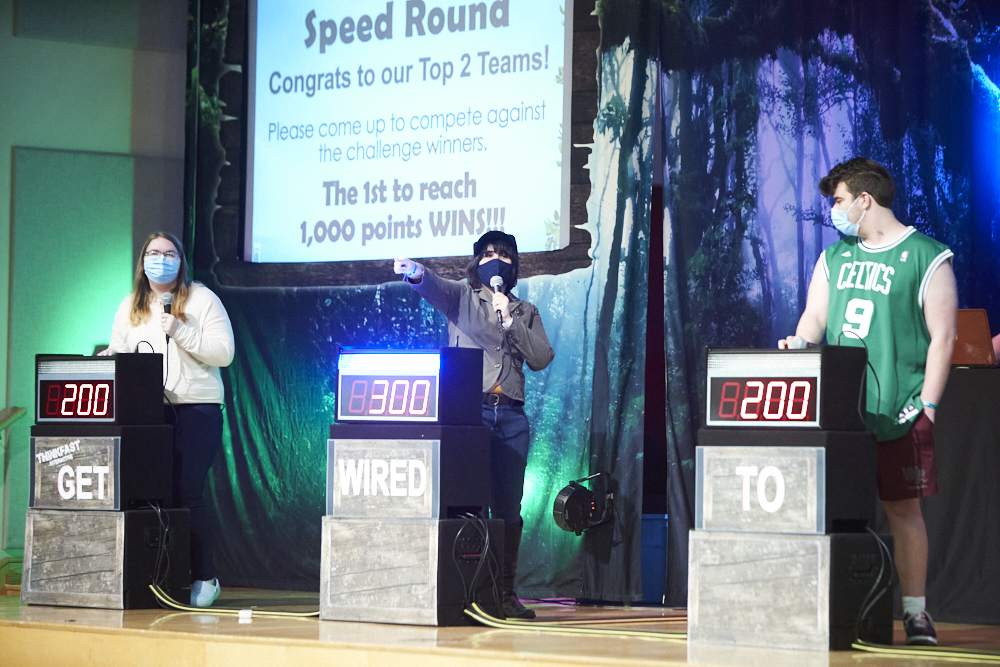 The TjohnE website said College ThinkFast is the company’s leading interactive program. The website also said the show is possible due to a combination of TFI software and their “age-relevant hosts.” The show itself has students arranged in an open space like a gym or the Mabel Brown Room. ThinkFast then provides the students with clickers used to submit the answers. The website also says the company has changed their setup for COVID-19.

Kelly said, “This particular event was kind of unusual, because the people actually brought their own tech for the most part, but I still helped set it up, but usually we have our own sound and lights.” Even though the tech team did not have the usual setup process. Kelly said the setup still went well. Kelly explained, “They just kind of showed up. We didn’t really expect it, but at the same time they were very nice, and it was very good setting up with them. They were very patient if we were not familiar with the equipment.”

Brandon Carta, the Student Center Programs Coordinator, said the event planning was even simplified for him.

Carta explained, “ThinkFast is from a company called TjohnE. So, like most entertainment companies, they send us a contract and just depending on the company and what the program is they sometimes will bring in their own equipment. And so we’re just lucky that this one brought their own.” Carta said the game show is a part of a larger St. Patrick’s Day Celebration. Carta explained, “We wanted to do two programs on St. Patrick’s Day weekend. So we had already done Wednesday SAC (Student Activities Council) had done their paint night. And then last night, the NOC (Night Owl Cafe) had sponsored in-person bingo and then virtual bingo. And we had done the asynchronous trivia on Wednesday. So we wanted to do in-person shows on Friday and Saturday nights. Tonight, the game show we thought people would come and enjoy it, and there’s the money piece and people like that kind of stuff.”

Both students said they did not win any prizes but wanted to win the cash prize. Gesin said, “It was a fun event and we’re glad Keene is still doing events.”

The game show event went hand-in-hand with KSC’s coloring pages event which started earlier in the day. Student Center Program Assistant Casey Brown said the coloring pages are a fun safe way for people to get involved on campus.

Brown explained, “The Office of Student Involvement was looking for something different to do and we always wanted to have Keene State coloring pages available for students so it was a perfect opportunity to do a Friday program that involved those.”

The design on the coloring pages are all Keene State inspired.

Brown continued saying, “Our graphic designer Kylie Corr added a Sizzler design, a design of Hootie and one of the arches so they are all Keene State themed.”
The student center’s St. Patrick’s Day-themed celebration continued through the weekend. 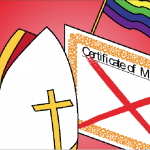 Vatican backs gay union as sin Previous
My world as I see it... NOT Next