A few nights ago, I was in bed scrolling through Twitter, as I normally do, when something unusual caught my eye. It was a tweet mentioning “God the mother” and whoever wrote it sounded frantic. They warned others to tell their female friends about “God the Mother” because it is supposedly linked to human trafficking.

As someone who identifies as female and is also a student, this news came off as extremely alarming. I immediately searched “God the mother trafficking” on Google, and sure enough, there were multiple articles about this topic. The first hit I received was a link to the Vanderbilt Hustler, Vanderbilt University’s independent student-run news publication. The article was published on Jan. 30 of this year. According to their article, “Women approached on Commons in what some fear is a human trafficking scheme,” multiple female students have been approached and asked about God the mother while on campus. The person approaching them is usually another woman, alone or accompanied by another woman, who asks the student if they believe in God. If the student answers yes, the woman goes on to tell them about their religion where God is a woman. The woman then encourages the student to attend her church’s bible study, often giving the student a pamphlet with information or a phone number to reach them.

After reading this article, I was nervous. Although these instances did not take place anywhere near Keene, it is still unsettling to know that things like this are happening in the country today. I returned back to Twitter and searched “God the mother” and saw that there were numerous people who shared their experience similar to those at Vanderbilt University. Female students at the University of Louisville, University of Mississippi and the University of Georgia have had similar situations. Police have been notified of these occurrences and have investigated the claims.

The Oxford Police Department in Mississippi tweeted that they have investigated and determined that the “World Mission Society Church of God, is a legitimate church looking to expand to our area” in regards to reports made near Ole Miss.

I like to know both sides of the story before jumping to conclusions, so I did some more digging around.

During my search I came across an article from The Daily Mississippi titled, “Local religious group faces false accusations due to viral media posts.” This article explains that the religious group, World Mission Society Church of God, “has had numerous false accusations of recruiting students on campus into human trafficking.” This group originated in South Korea and believes in “God the mother,” according to their website usa.watv.org. While it is legal under the Freedom of Religion Act to go “door to door” spreading information about one’s religion, the way groups or people go about it can sometimes be off-putting. This group in particular seems to be going about spreading their message in a mysterious, eerie and sometimes aggressive way. Students should be able to walk freely across their campuses at any hour of the day and not feel threatened.

According to humanrightsfirstorg, human trafficking is defined as “the recruitment, harboring, transportation, provision, or obtaining of a person for labor or services, through the use of force, fraud, or coercion for the purpose of subjection to involuntary servitude, peonage, debt bondage, or slavery.” The International Labor Organization (ILO) and Walk Free Foundation reported that “An estimated 24.9 million victims are trapped in modern-day slavery. Of these, 16 million (64 percent) were exploited for labor, 4.8 million (19 percent) were sexually exploited, and 4.1 million (17 percent) were exploited in state-imposed forced labor” in 2017.

Unfortunately, modern-day slavery is still very much alive. Human trafficking is not something that should be taken lightly and everyone should be aware of it. Whether this group is partaking in these activities or was falsely accused, the students approached by the group knew to report the issue.

If students ever feel unsafe on campus, whether they come in contact with a suspicious stranger or notice something out of the ordinary, they should report it. Being aware of your surroundings at all times is extremely important, especially when walking alone or at night.

Keene State College has blue lights placed around the campus that connect directly with Campus Safety when activated. For more information about reporting a crime or emergency, see the KSC website’s Safety and Security handbook. 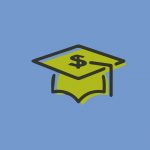 Endowment Scholarship Previous
Getting dressed for class Next 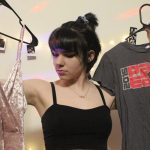