The Keene State College Student Assembly held their last meeting of the academic year on Tuesday, April 25, where they approved funding requests for six student groups on campus.

KSC Student Body Treasurer and E-board Member of Student Assembly Casey Matthews said, “We have the money allocated for appeals,enough to approve every group.” She further explained that the Student Assembly should not refrain from granting clubs the funding they need out of fear they will run out of money.

The first group to appeal their budget was The Kronicle Yearbook. They asked for $6,973 for the 2016-17 fiscal year and were approved of this amount. They wanted this money to pay for yearbooks they give to KSC seniors free of charge. The group saved costs last year, which caused their budget to decrease. However, this year, their contract with Jostens, an American company that produce yearbooks and class rings, was more expensive.

The next group was KSC’s radio station WKNH,  which requested $1,500 for new equipment for this year. Most of the money will be used to pay for a new sound board. Their current one dates back to 1971, according to members representing WKNH during the appeal,  and has been having issues with sound and playbacks. The same members claimed getting a board would draw in more listeners and allow them to broadcast with more regularity. They were approved the full $1,500 that was requested.

The KSC Dance Team was the first group during the meeting to request money for the 2017-18 fiscal year. The team requested $11,210 and the Finance Committee recommended they should get $7,110. The KSC Dance Team Manager Emma Ayotte and KSC Dance Team Captain Jessica Leone explained their need for funding to attend UDA Nationals in Orlando, Florida. The bundle package they requested covers the plane tickets, housing and access to the Disney park.

Matthews said, “They [The KSC Dance Team] fundraise 95% more than any other group on campus.” Even if the money they requested got approved, they would have to increase fundraising efforts even more, according to Ayotte and Leone during their appeal. Ayotte said that they must hold three carwash fundraisers over the summer rather than one, like they had done last year, among other fundraising efforts. The Dance Team got $7,110 approved for their budget.

The Global Culture Club requested $2,550 and the Finance Committee recommended $2,100 for their budget. Their current budget is $1,600. The club is comprised of 10 members, half international students and half national students. President of the Global Culture Club explained the extra funding will be used to pay for local and bigger trips. The president of the group justified the request by saying  transfer students remember their experiences from the trips they go on and the friendships they make.

The president of the Global Culture Club also said that these trips strengthen the bond between club members and improve the reputation of KSC. “The experiences they have affects the reputation of Keene State College and our country,” the president of the group said. Currently, each member pays no more than $20 for each trip, local or distant. They got $2,100 approved for their budget.

One of KSC’s community service clubs Common Ground was the last group to appeal their budget.The members representing Common Ground during the appeal requested $11,800 and the Finance Committee recommended $8,450 for the 2018 Fiscal Year. Their budget for the 2016-17 fiscal year is $7,450. The extra funding in budget would be allocated towards a trip where they would do volunteer work with United Way over spring break. Club treasurer and fill-in president Sandra Kayira explained that currently only a selected few are approved to go on the trip, and it is $200 for each group member to attend. The members of Student Assembly justified their request by saying their trip is focused around work and not pleasure. The group was approved the $8,450 they requested.

Katie Jensen can be contacted at kjensen@kscequinox.com 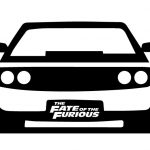 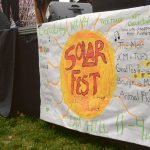