Nearing the end of the finish line

Katelyn Terry continues to excel in outdoor track and field

Keene State College senior Katelyn Terry is nearing the finish line of her track and field career for the Owls and she seems to be getting faster and faster.

Terry, who joined the team as a first-year student at KSC, is having a standout season for the Owls’ track and field team and has managed to rack up a number of accolades and awards over the course of her final year. Terry earned New England All-Region Honors and was named Little East Conference Indoor Track Athlete of the Year for her performance during the indoor season according to the Owls’ website and has continued her performance thus far in the outdoor season.

Terry said she often does not pay attention to her accolades and accomplishments. 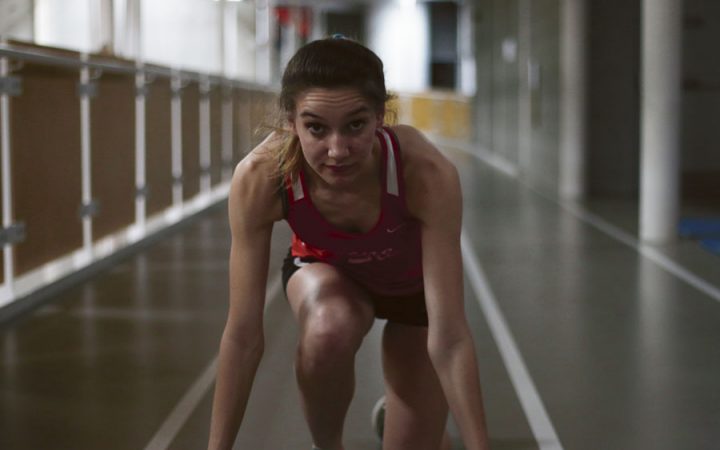 “I honestly don’t even really notice it,” Terry said. “A lot of times it’s a shock because I don’t think I did anything particularly special.”

While Terry might not have noticed the accomplishments that stem from her hard work, her teammates and Head Coach Tom Pickering have been watching closely.

Pickering, along with teammates, spoke about Terry’s positive attitude and willingness to put in the work necessary to improve.

“She’s just so passionate about it and whenever coach is talking to her, she always tries to keep a positive attitude. She never gets too down on herself and she’s always there to push our other teammates which is super nice,” KSC junior and teammate Melissa Wydra said.

Terry’s teammates said that her work ethic drives them to work harder as well. KSC sophomore and first-year Owl Taylor Bisaillon, who also runs as an alternate with Terry on the Owls’ relay team, said Terry’s example provides motivation for the rest of the team.

“I mean I think it’s really cool and sort of like a motivational thing because she does so well in so many different things. Like she’s fast and she jumps far. She’s overall a great athlete and I think it gives a lot of our teammates motivation to do better,” Bisaillon said.

Terry said when her teammates do well at a meet, it motivates her when getting ready for an event.

“I’ll watch other people race before me and sometimes it’ll get me hyped up,” Terry said.

Pickering said that Terry’s success can be attributed to her dedication to the sport and doing things the right way.

“She’s just a person that pursues excellence in everything that she does and she listens and always gives her best effort, and I think you can attribute her continual improvement and constantly high-performance level too,” Pickering said.

Pickering also noted Terry’s versatility as an athlete to effectively and willingly run races of varying distances. He said that her career as a cross-country athlete is partly responsible for her ability to do so. Terry also competes as a jumper, and while she hasn’t focused as much on jumping in the last couple of seasons, Pickering said he sees her improving even further.

“I think Katelyn’s best triple jumps are still ahead of her and yet she’s been all-conference in the triple jump almost every season that she’s done it,” Pickering said.

To Pickering, Terry’s performance and demeanor during the season shows that she has come into the role of a leader on the team.

“I think that she’s doing and saying all the things and carrying herself in the way that a senior leader of a team who’s had a very, very good career should be doing them,” Pickering said.

Pickering said he got a glimpse of Terry’s drive to push herself this season during the Owls’ meet hosted by American International College early in the outdoor season, where Terry won the 800 meter run. Terry won that race by a margin of over four seconds, according to the Owls’ website.

“She destroyed the field and it was just early in the season and what she showed me and what really stood out to me was that desire to just push herself to whatever she’s able to do that day and it wasn’t really just about, ‘Okay I want to win this race,’ it was about, ‘I’m going to find out what I can do today,’” Pickering said. “It stood out to me in showing that she’s really hungry now in her senior [spring season]… and she really wants to find out what she can do.”

“She hasn’t said that that’s going to make or break her career and I don’t think in any way will it, but I think she deserves a shot as an individual at the nationals in track.  She’s that good of a runner and I think it’s her last season, I think that would be a wonderful way to go out.”

Finally, Pickering said that Terry’s work on the track, trails and in the classroom makes her an exemplary Owl.

“She’s really just an outstanding Keene State Owl all the way across the board.” 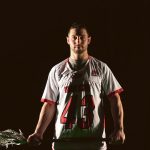