Voting in Cochise County, Ariz. has become a political debacle

Following the 2022 midterm election, Republican officials in Cochise County declined to certify votes before the state deadline, despite no evidence of wrongdoing or fraud. I think that this was an absurd action that put the rights of voters at stake.

The two Republican county supervisors delayed the canvass vote until Friday, Dec. 2 due to concerns over the certification of ballot tabulators, though election officials have repeatedly said the equipment is properly approved and all claims of wrongdoing or fraud have been publicly debunked.

Ballot tabulators have provided an efficient system to count voter selections from paper ballots quickly and accurately. This is a smaller-scale repeat of the 2020 election, where the integrity of the election was called into question due to the use of these machines, with at least six states and dozens of local jurisdictions then introducing legislation to outlaw the use of ballot tabulators. However, tabulators have been known to have higher accuracy rates than hand counts.

Secretary of State Katie Hobbs asked a judge to order county officials to canvass the election, which is an obligation under Arizona law. Lawyers representing a Cochise County voter and a group of retirees filed a similar lawsuit. The lawsuits allege that the board illegally refused to perform its administrative duty to canvass the results of the election and requested that the court order the county to canvass its results.

According to Arizona law, for a general election, the Arizona Secretary of State, Hobbs, must canvass the results on the fourth Monday following the election. The fourth Monday would be Monday, Dec. 5.

State Elections Director Kori Lorick wrote in a letter that Hobbs is required by law to approve the statewide canvass and will have to exclude Cochise County’s votes if they aren’t received in time.

Cochise County has been sued a total of three times in 2022 for attempting to hand count votes and refusing to certify election results. Additionally, the two Republican members of the board turned on their own chair and filed a lawsuit against the single Democratic member because she “refused to comply” with the Republicans’ plan “to conduct an expanded hand count.” This lawsuit couldn’t possibly go anywhere, seeing as claims of wrongdoing or fraud have been debunked and their ploy to buy time has been made crystal clear at this point.

On Thursday, Dec. 1, an Arizona judge ruled that Cochise County must canvass the results to comply with state law.

What’s interesting to note is that this charade could cost the Republicans a house seat. If the county’s results aren’t certified by the time Hobbs has to certify the statewide results, which is scheduled for Monday, Dec. 5 but must happen by Thursday, Dec. 8 at the latest, the official statewide vote totals will not include Cochise County’s votes. Excluding the county’s votes would flip the election results for Arizona’s Sixth Congressional District from Republican to Democrat.

I believe that the two Republican chairs should face legal action for this. Their actions violated state laws that mandate certifying election results and prohibit interfering with following elections laws, the latter of which is a felony offense.

Cochise County officials should not and will not get away with undermining voters, no matter how hard they try. It is your right to vote and have your vote counted, and that right should not be put at stake because of a political game. 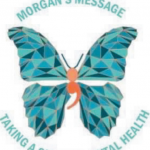