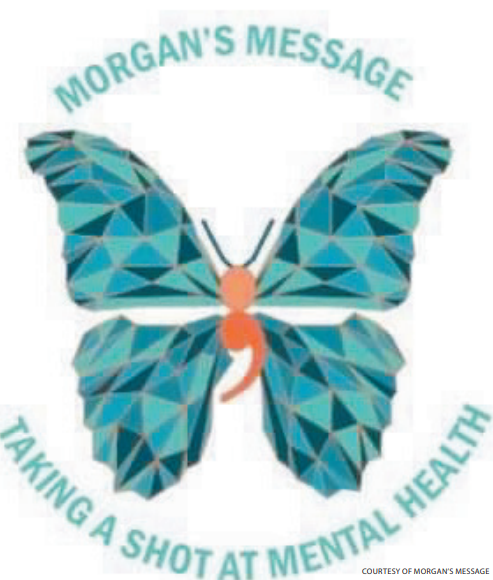 Morgan’s Message, a non-profit organization that strives to advocate for student-athlete mental health, has made a home for itself at Keene State.

The vision of Morgan’s Message is to eliminate the stigma surrounding mental health within the student-athlete community. The organization was named in memory of Morgan Rodgers, a 22-yearold lacrosse player who died by suicide July 11, 2019 after struggling with anxiety and depression from experiencing a dream shattering knee injury.

As stated on morgansmessage.org, “Morgan’s Message is clear: as an athlete, there is no shame in seeking physical healthcare – the same should be true for mental healthcare. In order to close the gap, we must eliminate the stigma surrounding mental health together.”

Morgan’s Message Ambassador junior field hockey player Molly Edmark said that as a Little East Conference (LEC) and Student-Athlete Advisory Committee (SAAC) member, she was able to attend a conference with other schools that are part of NCAA Division III, where she got the idea to bring student-athlete mental health resources to KSC.

“A big topic they talked about at the meeting was mental health and different resources that student-athletes have and that kind of struck a chord with me because when different students were talking about different resources that they’re so aware of and they use all the time, I was thinking to myself, ‘I don’t even know if Keene has those resources, and if they don’t they definitely should,’” Edmark said.

From there, Edmark spoke with SAAC advisor and head softball coach Carrah Fisk Hennessey about mental health resources for student-athletes at Keene State. “I told her that I have some ideas that kind of coincide with some concerns and I definitely want to be part of raising awareness in the mental health world,” said Edmark.

Regarding why she wanted to bring a Morgan’s Message chapter to Keene State, Edmark said, “As an athlete, I think we’re looked at in society as people who kind of have it all. We get to go to school, we get to play our sport at a competitive level, we get to travel, we get to represent our school, and those are all things that we’re fortunate to be able to do, but with that comes a lot of pressure and it comes with a lot of maybe some anxiety for some people…”

She continued, “Morgan’s Message allows athletes to talk about those pressures and to talk about kind of like the less romantic things that come with being an athlete.” Ambassador junior field hockey player

Emma Cahoon said that her decision to get involved in the chapter at Keene State was based on personal experience. “I know I’ve experienced this. I know what it’s like. So if I can help other athletes, then I think that’s the best thing that I can do,” said Cahoon. Cahoon spoke about how being a student athlete can come with many challenges, and that sometimes being on the field is the most challenging thing of all.

“[Morgan’s Message] is something that I wish I had found out about sooner because I would say my later years of high school were definitely the really tough years for me. And having it surrounded by my sport was kind of the worst thing because most athletes when they go to practice, that’s the time to escape. And so when I was at practice, that was the worst time for me,” Cahoon said. Cahoon added, “I hope [Morgan’s Message] just opens up how student-athletes feel about talking about mental health. I think it’s kind of.. for such a long time, it’s always been, ‘Oh, nobody wants to talk about it.’”

The Keene State ambassadors for Morgan’s Message attended the screening of Ken Burns’ film “Hiding in Plain Sight” at Day of Clarity on Wednesday, Nov. 30 to spread awareness about the presence of Morgan’s Message and mental health resources on campus.

Ambassador sophomore field hockey player Ashley Enis said, “All those people that went to [the film screening] were told about Morgan’s Message and what we’re all about, so just really spreading awareness and getting the word out there that it’s kind of a thing.”

Enis, Cahoon, and Edmark said they hope that once the conversation about mental health starts, it never stops. “It’s normalizing mental health, like it’s not a bad thing to talk about…it’s just as important as your physical health,” said Enis.

“It’s kind of that touchy subject where you don’t know if you want to cross that line, and I hope that we can kind of open that up and have the uncomfortable conversations and really just have those resources for kids to be able to feel really okay about talking about it,” said Cahoon.=

In October, the Keene State Athletic Department hosted a Morgan’s Message day, with a field hockey game dedicated to the cause. Both men’s and women’s basketball will host Morgan’s Message awareness games Wednesday, Dec. 7.

For information about what the Keene State Morgan’s Message chapter is working on, visit their Instagram page, @morgansmessageksc.

Ambassador junior women’s lacrosse player Elle Lyons did not respond to a request to comment. 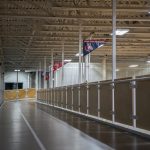 KSC indoor track rushes to the starting line Previous
Voting in Cochise County, Ariz. has become a political... Next