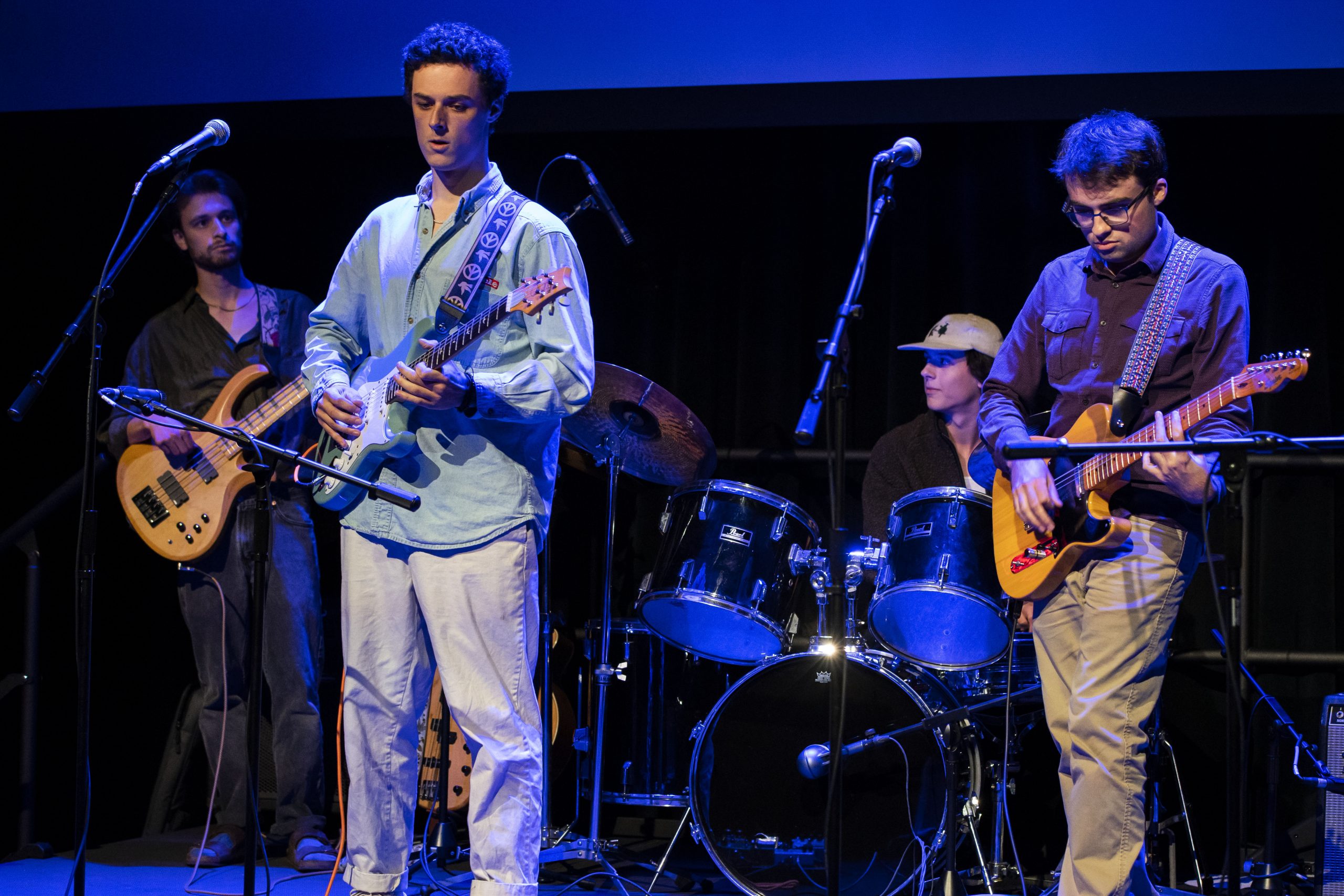 Kendall Row, a band consisting of Keene State students, performed a wide variety of covers, from The Grateful Dead to Marvin Gaye, at the Colonial Showroom on Saturday, Oct. 8.

Key continued, “Sam and Jack, the two brothers in the band, live on a road called Kendall Road in Keene and we were walking around trying to think of a band name, and I looked at the street signs, but I didn’t just want it to be Kendall Road so I changed the road to row just to be different.”

Key said he had to learn how to balance school and the band. “When we were in high school, we were all together pretty much everyday anyway…now that we’re all in college it’s a bit trickier, so every few months we’ll all come together and do a show, so it’s not too stressful to manage.”

The band has released their second album “Home Sweet Home,” despite being full time students.

“It was a very long process; we put our first album out right when we started as a band and we probably shouldn’t have because it’s not very good…for our second album we really wanted to take our time and not put it out until it was ready…we all wrote songs on our own and brought them [to each other]. Most of it we did in a recording studio down in Boston called The Record Company…anything we didn’t finish…we did at home because me and Sam both have home recording studios set up,” said Key.

Key encouraged students who want to start a band to work hard and plan ahead as much as possible.

“Find people who know what they’re doing…if you don’t…that’s fine, but you need to surround yourself with people who do…Spend a good six months practicing and figuring out what you want your band to be before you do any sort of marketing.”

Alec Doyle, Executive Director of the Colonial Theater, described the process behind bringing performers such as Kendall Row to the Showroom.

The Showroom is looking for acts that are smaller in scope and audience size but still established and talented acts. Doyle explained, “If somebody comes to us and they want to…rent…we’re not as discerning about what the quality is…we’re not into censorship…but if it’s something that we’re curating, we want to maintain what we see as a quality bar.”

“One of the missions we have for Showroom, unlike the main stage, is that we try to provide some space for local regional performers…we created Showroom with an eye towards developing other audiences, younger audiences, and niche audiences…there’s a lot of things that we can’t do well on the mainstage…art forms like jazz and stuff like that because it’s really important…we’re trying to bring that to the Showroom so there’s that art form for those folks as well.”

Doyle said he welcomes bands to reach out if they are interested in performing.

“There’s a link on our website for people interested in finding out more about performing here, or to rent the hall…they can fill out that basic information and that’s how it’ll get to us,” Doyle said.

Doyle mentioned that the Showroom is a space for local artists like Kendall Row to build a name for themselves.

“[For] Showroom, we look for a lot of local and regional artists who are working at trying to build a name for themselves. If we can provide a venue for them to practice their craft and get out there then we do that as well,” Doyle said.