The track and field team continues their season strong

Earlier this week, the Owls competed at the University of Southern Maine Open. The meet took place on Sunday, January 23 at 12 p.m. in Gorham, Maine. The event saw strong performances from the Owls.

The team will be competing again on Friday, February 4 at the New England Intercollegiate Amateur Athletic Association (NEICAAA) Championship at the Reggie Lewis Center in Roxbury, Massachusetts. This is one of many final competitions they will be competing in for the remainder of their season. 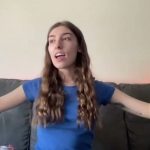