Phi Mu is a new sorority coming to campus. Phi Mu, the second oldest sorority in the nation, started in 1852 at Wesleyan College in Macon, Georgia.

In an email sent to The Equinox by Assistant Director of Extension and Enrichment, Coley Nelson, “Phi Mu has provided social opportunities, a support network and personal enrichment resources to nearly 200,000 women.”

Nelson also put some fast facts about Phi Mu saying that their values are love, honor, and truth. Their National Philanthropy is Children’s Miracle Network Hospitals and the chapter at Keene will be working with Boston Children’s Hospital.

The recruitment process will be facilitated by Phi Mu staf in the Spring of 2022. According to the email, Phi Mu is looking for its new members to be involved and academically focused people who also value love, honor, and truth.

The Student Center Programs Coordinator, Brandon Carta, said that last year it was noticed that some women did not join campus sororities because they couldn’t fnd the right ft. “So last spring they realized, ‘Oh, we have a lot of extra room, at the same time we have two of campus groups that are not recognized by the college… one of those groups, Tau Phi Xi, after recruitment realized, and came to us and said, ‘We would really like to join campus.’”

Carta explained, “They tried to join, or wanted to join as a local organization but we have a policy that says all organizations must be national and carry insurance… We had lots of conversations about maybe it makes sense to go through the extension process and fnd a group that really supports you and has similar values to you.” So because Tau Phi Xi wants to come on campus and there were lots of people who didn’t fnd a match, there was room for Phi Mu on campus and another chance for those to fnd what works for them.

“I am super excited to go on campus. I’m happy that we’ll be able to be part of spring recruitment and get to know the campus organizations better,” said Olivia Yovanov, a member of Tau Phi Xi.

Another member of Tau Phi Xi, Michelle Wisniewski, also said she was excited and “It’s a huge opportunity and I can’t wait to connect with more people and the Greek life on campus”. Wisniewski says she plans to join Phi Mu because “When they presented about their organization they were so friendly and welcoming. I don’t picture myself joining a different organization”.

Jayne Bernardi is also a member of Tau Phi Xi and says “I’m extremely excited to be moving on campus! I of course love my sorority but going on campus will be such a nice reset for us and will hopefully lead to an incredible experience for everyone involved. I do plan to join Phi Mu but each sister can make that decision on their own. No one has to go Phi Mu if they don’t think it’s a good ft. My favorite thing about Greek life are all the people I have met and the experiences I have gained. I’ve developed my leadership skills and personal skills and feel like I have gained applicable life skills on top of a group of amazing friends”.

“We really haven’t added an MPC [Multicultural Panhellenic Council] organization since 1993 or gone through this process in that long so it felt like it was a good time for this change,” said Carta.

Carta also mentioned that “There is a new fraternity coming as well, Delta Tau Delta, very similar, there are a large number of unmatched men that go through recruitment.” Delta Tau Delta will also be coming to KSC in the Spring of 2022.

Yovanov added that her favorite part of Greek life is the “sure connections. A lot of people are super nice and welcoming, and I know I always have someone to lean on if I needed it”.

“Greek life is something I never really expected joining but once I did I love the connections that I built with my sisters and the community” says Wisniewski.

Ashlie Chandler can be contacted at achandler@kscequinox.com 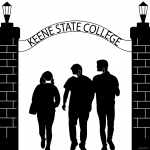