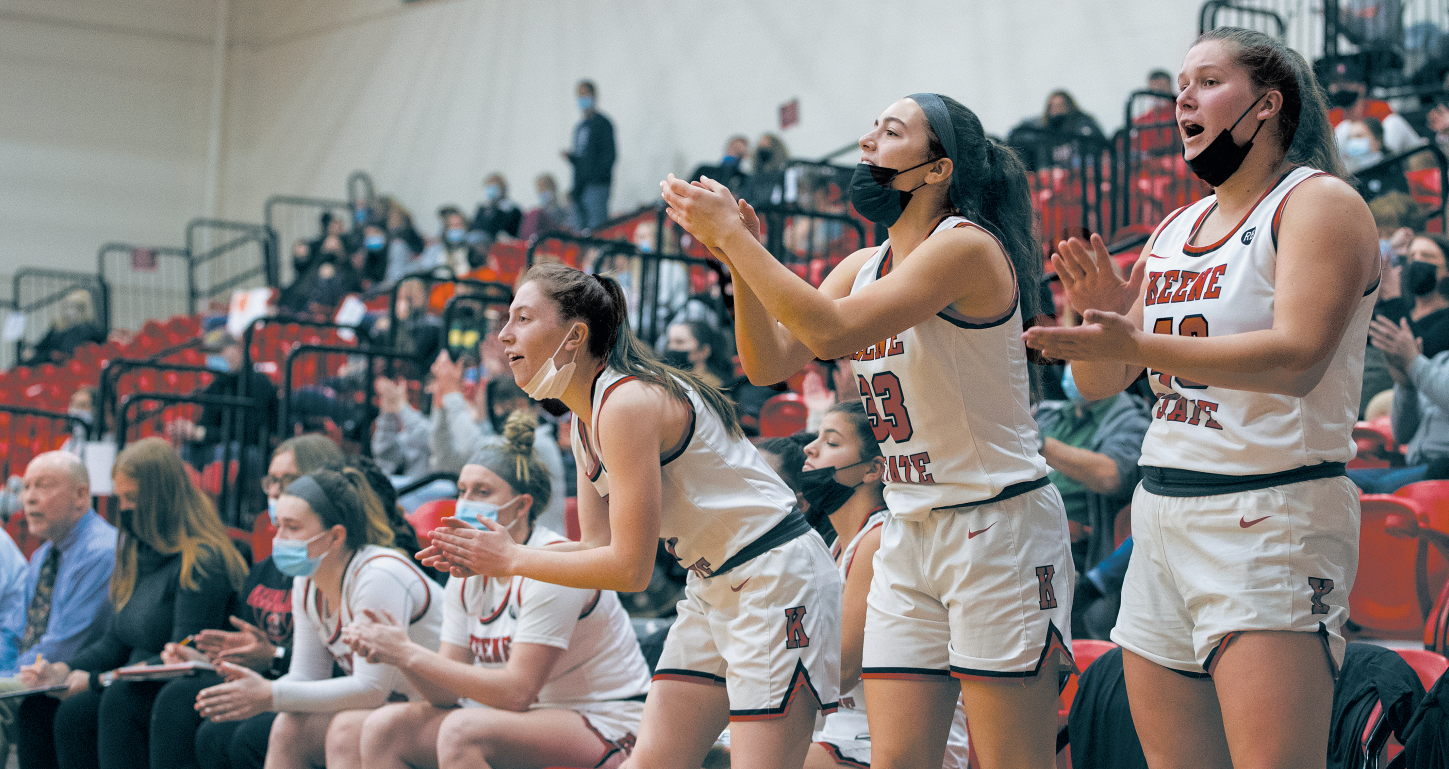 The authoritative male’s perspective on female athlete recognition and representation

College sports for women came into existence as early as the late 1800s, but did not become mainstream until decades later. The Association for Intercollegiate Athletics for Women (AIAW) was formed in 1971, with Title IX law, a civil rights law prohibiting sex-based discrimination, being signed as part of the Education Amendments of 1972.

Women have been competing in athletics all over the world for decades and seeing as December is National Human Rights Month, let’s take a look at the representation of women in athletics through the lens of male Keene State College community members.

While Women’s Volleyball Head Coach Bob Weiner has held the position of head coach at numerous schools over the span of a little over three decades, he has had the experience of only coaching female athletes.

When asked how fulfilling it is to be a women’s coach, Weiner said, “I am so lucky that I got into this on the ground floor, thirty-something years ago, and have found myself as a representative and voice for women’s athletics for this amount of time.”

Weiner recalled the time when the Title IX law first came to be. “I graduated from high school the year that President Nixon signed the Title IX law. I went to a high school of 4,000 students, there were no women’s sports. None. Women had something called Girls Athletic Association (GAA) and it was like club sports. They didn’t get gym time, they didn’t get coaches, they could kind of just gather together and do this, and then Title IX was signed… There’s no reason at all why sports shouldn’t be absolutely equal. No reason,” he said.

With that in mind, female athlete support is not up to par for Weiner. For example, he said, “So we have a men’s basketball and women’s basketball double header, and no one goes to see the women’s game and everyone shows up for the men’s game.”

He added, “The quality of the game is as good or better [than men’s], and it’s just as competitive.”

Weiner went on to say that many people in today’s society do not see that female athletes are as strong, dedicated and strategic as their male counterparts. He recalled a conversation he once had with men in a group dedicated to sports on social media. “That’s still a prevailing attitude in the male-dominated world… I think the actual quote was, ‘Oh god, you coach Division III AND women? That’s not…’ and I’m thinking, ‘No, I chose Division III, I didn’t have to be here, and I chose women. This is the sport that I coach’,” he said.

Weiner said that colleges, depending on what Division they play in, offer varying amounts of support and recognition when it comes to Title IX law. “Title IX law is hard to understand, but most Division III schools give it the old college try, and that’s all you can ask for,” he commented.

Director of Athletics and Recreation, Phil Racicot, began his tenure at KSC in the spring of 2019, with nearly 30 years of experience working with male and female athletes.

When it comes to the conversations society has about female athlete representation and support, Racicot said, “I think it’s something that has become so much more in the spotlight in recent years, this past year especially, with a lot of recent developments going back to conversations in equity within college athletics and professional athletics.”

Racicot said that the Title IX law always remains fresh in the minds of the staff in the KSC athletic department. “[December 2] morning we had a staff-wide Title IX training seminar in our department. Title IX has a lot of different meanings, but when you go back to its origin it was really about how we can’t discriminate by gender with regard to athletics, back in the 70s.”

Racicot commented that the development of inclusion of female athletes in sports has progressed nicely over the years. “From the female athlete standpoint, to look and see what that experience has been over this period of time, and what it currently is, and where it’s going to go, those are all great things,” he said.

He continued by saying that female athletes should not only be given opportunities; they should be able to thrive in those opportunities. “It was one thing to make sure people had the opportunity and ability to compete in sports at a level but now it’s really much more about making sure that it’s not just having the opportunity, but the quality and the equity of that opportunity is really what’s in focus.”

With all of this in mind, what changes do they want to see when it comes to women in sports in the next ten years?

Weiner said, “I would love it if professional women’s sports grow to have a following as large as men’s sports, or grow to have a following that they’re self-supporting, and that they have fan bases who are large enough, and the general discussion in the media can involve women’s sports as well. In a perfect world, in ten years, that’s where we’re headed. For instance, [December 3 to December 5] weekend is the first weekend of the Division I volleyball championships, and it’s like this is my Super Bowl weekend, and if more people were excited about that… So they have the national championship and it’ll be in a large arena, and they’ll sell 16,000 seats for the three nights that it exists, but outside of that arena, no one knows it’s happening. You can go on ESPN and you can watch some of the games but it would be so great if, in ten years, we’d have that kind of coverage for top-end women’s sports.”

Weiner then added that he would also like to see more female athlete spokespeople from varying sports, for example, in the commercial space on television. He said, “That would make me think that we’re moving towards equality.”

Specifically about how he hopes to see KSC improve, Weiner said, “I wish we could develop a way for our women’s sports fan bases to be bigger and more enthusiastic. When I came to Keene State, there was a time I like to call ‘the golden age of Keene State athletics,’ right around 2007 [to] 2009, we had 5,800 students at Keene. There were lines for everything. Same campus but it was packed. We had full houses for basketball, they had closed the place down, the place was packed, it felt like an athletic campus and support was universal…”

Weiner continued, “People always talk about the Division I experience for nonathletes, that if you go to University of Alabama in Tuscaloosa, football Saturday’s are huge deals, and there’s 100,000 people who show up and if you’re a student, you go to those games. They take great pride in that. We don’t have that at Keene State for women’s sports, or really for men’s sports right now, compared to the way it used to be. It would be so cool if we could develop that same sense of, ‘This is our team, we’re representing you guys out against other teams. Support us, and we’ll win, and we’ll be happy.’”

He continued, “What I’d like to see more of in ten years is more female officials around the games that we play, you know, obviously more women’s coaches in women’s sports. Everything that you see when you look at athletics, again some things you should never notice a difference, but if you’re going to notice differences, it should be who’s involved and who’s taking a leadership role. That’s probably the biggest difference I’d like to see, more involvement, more leadership, more opportunity for people to be involved and to take leadership roles. It’s the responsibility of people like myself to make sure that that happens.”

Piper Pavelich can be contacted at ppavelich@kscequinox.com 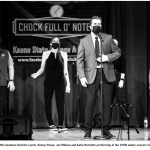 CFON bounces back Previous
Pro, or No? Next 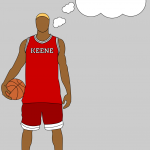