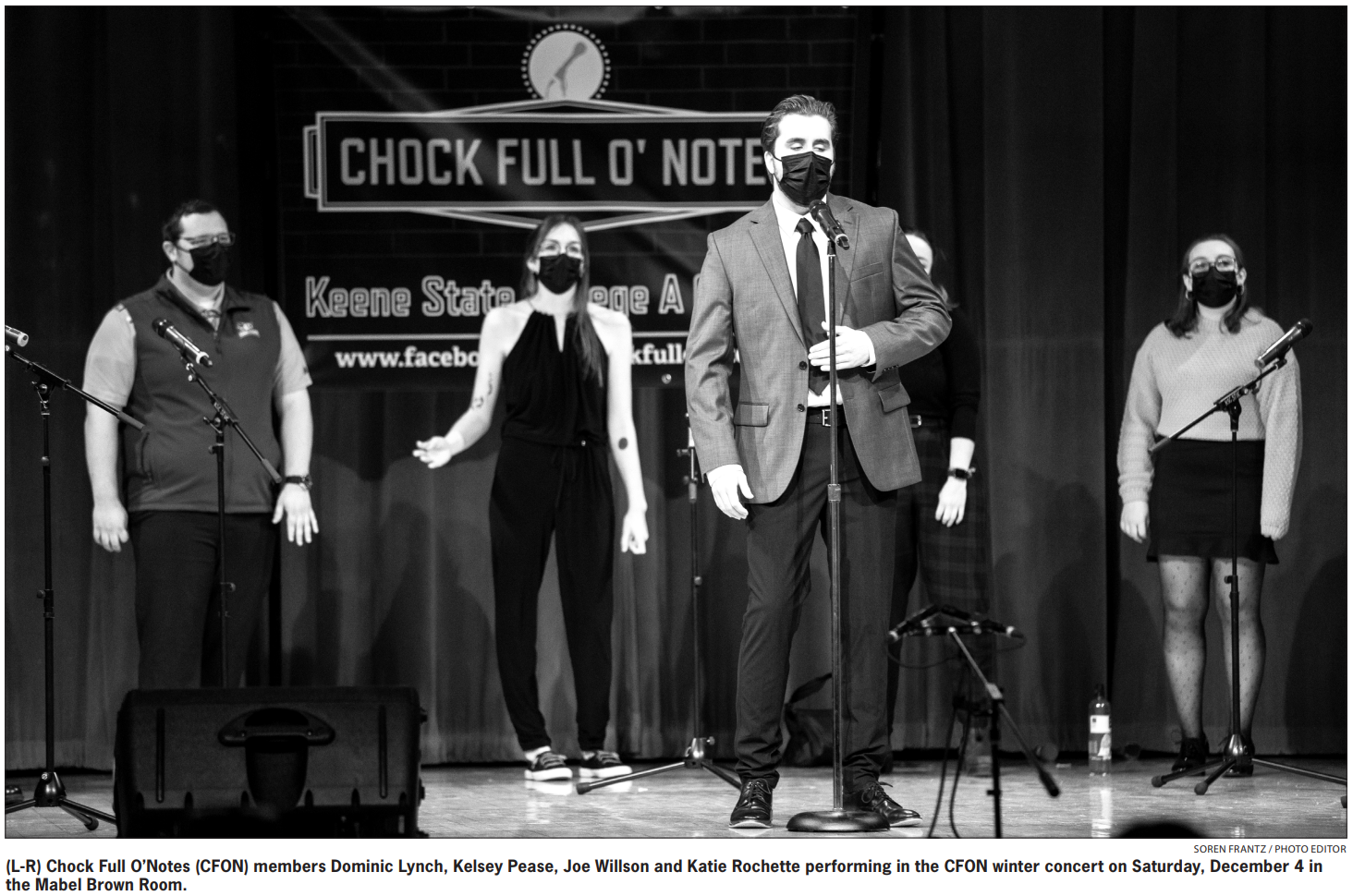 CFON is KSC’s only acapella group on campus and consists of 13 members who all help arrange music to sing. Originally, the group consisted of about 20 members, but with the effects of COVID last year, the group lost members. Despite the smaller size, the group was still able to put on a heart-warming performance.

CFON president Daniel Brierley described their rehearsal process leading up to the performance, “We’ve been meeting since September,” he said. “We break up into voice parts, learn the parts and then we come together on those rehearsal days to do that all together.”

The group had a lot of help along the way from their music director, Samantha Ducharme. “I run rehearsals [and] I have arranged a lot of the songs we do,” Ducharme said. “I typically work with each of the members to help them learn their parts… and I just work on different vocal techniques with people, especially the soloists.”

The performance itself was split into two halves, with four songs in each half and an intermission in between. According to Brierley, “[They] don’t have a specific genre… a lot of pop music and love songs.”

The group opened with a powerful rendition of Sam Smith’s “HIM,” with Brierley as the soloist. Brierley and the group’s emotion strongly portrayed the message behind the song; the struggles members of the LGBT community face.

The group also sang Alec Benjamin’s “Swim,” which was a hopeful love song. This song was Ducharme’s personal favorite. “It was one of the first [songs] that we learned,” Ducharme said. “We ended our rehearsals by doing this song and it became our strongest one… I think that [it was] the most fun piece.”

To top of the energy of this song and the rest of the performance, two members of the group beatboxed in the background. “CJ was featured on two [songs] and Simon was our primary one,” Ducharme said. Beatboxing was a very creative approach to spicing up this performance.

Ducharme was the featured soloist in two of the group’s songs. The first being “Rain” by Ben Platt, which was the closer of the first half; and the other being “Falling” by LEON, the opener of the second half. Ducharme’s solos within the performance reflect her hard work.

The show’s closer, “Love So Soft” by Kelly Clarkson, showcased everything the group worked hard towards. Soloist SJ Barney’s powerful vocals, backed up by the rest of the group’s energy, created a strong ending statement to the performance.

First-year CFON member Hap Ingram expressed what it was like to perform with the group for the first time. “I had a really great time singing with everybody,” Ingram said. “It’s been a while since we’ve been able to come together and sing as a group, so that’s what I liked most; being able to sing with other people.”

Ingram said the performance went better than the group could have hoped for and that they’re excited to perform with CFON again next semester.

Brierley and Ducharme expressed how proud they are of the group’s progress throughout this semester. “I’m just really happy that the group [was] able to rebound from where we were at this point last year,” Brierley said.

“I’m just really proud of everyone and all the work we’ve done,” Ducharme added. Ducharme has been music director since Fall 2020, and she said she was proud to fulfill her duties to full potential this semester. “I [am also proud] of myself for being able to guide people to get to where [we are] now,” she said.

CFON will be holding auditions again in the Spring to gain new members. The group encourages anyone interested to consider auditioning. “Instead of CFON we call ourselves “C- Fam”… It’s this group of people that build these bonds together,” Brierley said.

Anyone wanting to get in contact with the group can reach out on Instagram @chockfullonotesksc or through OwlNet. Rehearsals are Wednesdays and Sundays 8 to 10 p.m. at the Redfern Arts Center, Choir Room 112.

Nicole Dumont can be contacted at ndumont@kscequinox.com 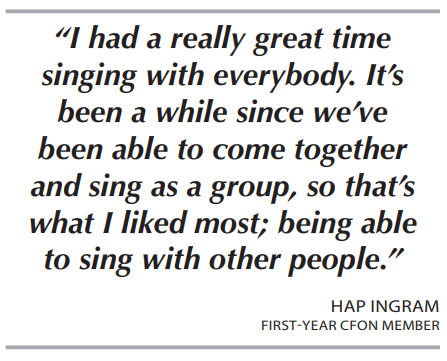 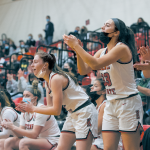