Freestyle to the finish 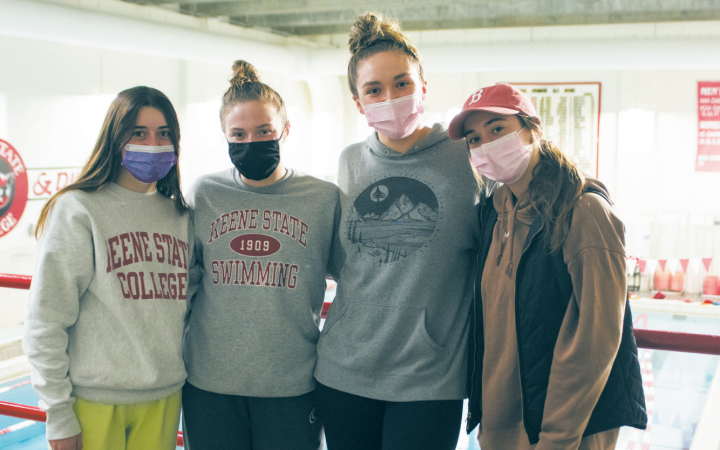 Keene State Women’s 200 Freestyle Relay team has had a very successful season so far, including a one point win over Stonehill College.

The team also had the fastest time among all the Little East Conference (LEC) schools during their meet against Wheaton and Springfield on Saturday, November 13. They finished with a time of 1:44.78.

Now that COVID restrictions have been lightened, the team has been able to get back to a more normal schedule. “It definitely helps that we have a lot more meets, [and that] we’ve had meets almost every weekend in the past month,” sophomore Kiley Young said.

As sophomores, Young and her teammate, Alice Loucraft, finally get to experience a semi-normal swim season. “This is kind of like their freshman 2.0 season,” Men’s and Women’s swimming and diving head coach Chris Woolridge described, “They did a good job last year, they improved, they swam fast… but they didn’t get the same experiences that they’re [getting] this year.”

From a first-year perspective, Gina Nunziata is also happy with how the season is going so far and her progress. “Every meet I have been getting better and better,” she said. “I’ve gotten best times every single meet, and that’s been really exciting to see since it’s my first year on the team.”

Senior captain Paige Carey is doing a great job representing the team and supporting her teammates. “She’s doing an excellent job [as captain],” Woolridge said. “We have a really good working relationship, which is necessary because our captains take a lot of responsibility for leading the team.”

One of the aspects behind the team’s success is a healthy mindset. “We talk a fair amount [about] trying not to ride the emotional roller coaster,” Woolridge said. The swim team also has a “Teammate of the Week” system, which is a new approach of keeping the team motivated and working hard.

Another approach to the team’s mental wellbeing is called ‘green light mentality,’ a concept brought to the team by Woolridge. “Being at a green light means you have a very positive mind-set and are able to perform at the best of your ability,” Carey said. “Yellow means that you’re fighting with yourself… Once you’re at a red light, that’s when you need to walk away and take time for yourself.” Positive reinforcement and mental checks have shown to be crucial to the team’s success this season.

Balancing swimming and school is also another factor behind the team’s success. “I feel like it’s nice having some time of the day spent with the team because it helps you with the stress of academics and the aspect of time management,” Loucraft said.

Woolridge understands how an intense practice schedule affects the team on top of school, “We do a fair amount of early morning practices, but I don’t love to force those onto the students,” he mentioned. “The good part is everybody’s available, the bad part is that an [early practice] is not really conducive to the college student lifestyle.”

While their performance has been strong, the bond the four swimmers have is even stronger. “As a senior, this is probably my favorite team that I’ve been a part of over the four years,” Carey mentioned. She said she appreciates that the team gets along really well and that it has been such a positive working experience.

Given their consistent improvement, the team is looking forward to the rest of the season. “They’re working pretty hard right now,” Woolridge said. “We’re looking forward to our first major opportunity to go fast in a couple weeks.”

The team’s invitational conference at MIT is coming up in December along with the LEC’s. “[The LEC’s] are going to be super big because… everyone’s gonna matter, and we’re going to have competition,” Young said. “That’s something to look forward to because we’ve won the past 15 years, so that’s a big goal.” 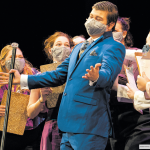 ‘Urinetown’ Previous
Aiming to win Next 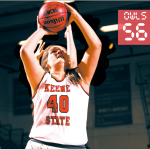