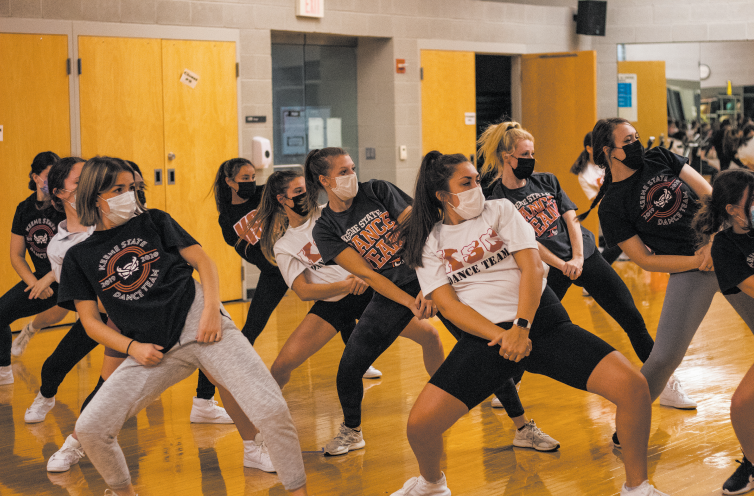 The KSC dance team talks about the year ahead

The Keene State dance team is hoping to step outside its comfort zone this year.

“We’re definitely reaching above where we all know that we are so we can continue to grow,” co-captain Olivia Dusoe said.

Over the years, the KSC dance team has worked to build upon its skills and abilities as a group, striving to be better than the year prior, co-captain Larissa Rodriguez said. A large part of that, Rodriguez said, is evolving with style and finding new tricks.

“Each year, we just get better and better. And we just keep finding new tricks, more new tricks,” Rodriguez said.

These tricks include, “… kip-ups, head springs, front handsprings, rubber bands- they’re all hip-hop tricks. Mostly going in your head and just flipping or kind of flipping backwards onto your hands,” Rodriguez said.

The team is currently in the beginning stages of its preparation for their annual UDA Nationals Competition. Each year, the KSC dance team travels to Orlando, Florida to compete against collegiate dance teams from around the country. The team placed 8th in the nation in 2018 and placed second in their division during last year’s virtual competition.

Due to COVID-19, the nationals competition was held virtually, so Dusoe said the team is hoping for a normal season this year. “This year, we’re striving to travel and have a more normal season. The school is on our side with it, so we’re very hopeful that we get to get back to our normal dance year,” Dusoe said.

This year’s competition is set for January 15 and 16, but there is work to be done before heading to Orlando. A professional choreographer worked with the team earlier this month to choreograph competition pieces, and now they are working to polish the routine in time for competition.

“We practice four days a week. Every practice is structured to clean through the dance beginning to end,” Dusoe said.

Rodriguez added, “From now on, it’s just non-stop until we hit that stage.”

With both captains graduating this spring, there is an upcoming transition of leadership within the team. After she graduates, Dusoe said she hopes the strive for improvement continues.

“My hope is that girls find that passion to want to step up and become a leader for this team, and keep pushing in the previous captains, co captains, manager, secretary’s footsteps, and just trying to continue to make this team as best as it can be,” Dusoe said.

Rodriguez added, “We can say that Keene State College dancing is the best that we’ve been right now, and we’re excited to just see the dance team just accelerate even more, because right now, I feel like it’s just the beginning.”

Even beyond working together to grow as a team, there is a close-knit community within the KSC dance team.

“My favorite part is the people,” Stone said. “Most of my close friends at Keene came from the dance team, because we’re all just such a close-knit group. We all consider each other family and best friends.”

After four years on the KSC dance team, Dusoe attributes being part of the team to her growth both as a dancer and an individual. “I really found my confidence within myself with dance,” Dusoe said. “I never did hip-hop before coming to Keene. So joining the team and being part of this family, it has really allowed me to grow as a person and a dancer in ways that I wasn’t expecting.”

KSC dance team manager Annika Stone shared similar thoughts on her individual confidence, “Personally, I wasn’t a big hip-hopper. But I really learned all of the techniques of hip-hop and became a lot more confident in it.”

“[The] dance team definitely changed my life at Keene State College,” Rodriguez said. “At Keene State, it’s school and it’s dance team, it’s just such a big part and I wouldn’t want it any other way.” 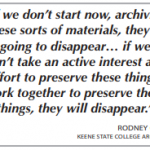 Archives in Context Previous
Adapting for the screen: ‘Dune’ Next 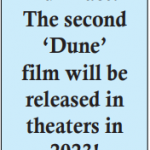