I was amazed to find out that the Afghanistan War has finally ended after 20 years (Oct 7, 2001 – Aug 30, 2021) of continuous occupation from the United States military.

Over my entire life, the war has always been in the back of everyone’s mind. A reminder of the tragic day on September 11, 2001, when terrorists attacked the United States at the World Trade Center and the Pentagon. This tragedy united America more than ever, leading to a majority of the American population in support of the war.

As a young child, I clearly remember the support efforts for the coming war against the Taliban and Al Qaeda, which were the Islamic terrorist organizations that wanted to take control of the country. Yet, I was unaware of the scope of the United States’ plan for the war, and eventually, what led to the downfall of America’s occupation of Afghanistan.

Like most Americans, I was only ever exposed to the military conflict that was happening with only filtered videos and the talking heads of politicians. However, there is a lot that I have discovered to be one of the reasons why this conflict lasted 20 years and why it was so hard to establish a new democratic society, and eliminate the different Islamic factions that have caused conflict.

The discovery that I recently made about Afghanistan, is its long history with conflict. For thousands of years these lands have been ripe with conflict and invasions from outside forces. According to PBS which produced a historical timeline of the country, there are a variety of different factions and groups that have been fighting for control of this land. “At the gateway between Asia and Europe, this land was conquered by Darius I of Babylonia circa 500 B.C., and Alexander the Great of Macedonia in 329 B.C., among others. Mahmud of Ghazni, an 11th century conqueror who created an empire from Iran to India, is considered the greatest of Afghanistan’s conquerors.”

After the conquering of these lands, the region developed was subsided yet again by the Mongols. “Genghis Khan took over the territory in the 13th century, but it wasn’t until the 1700s that the area was united as a single country. By 1870, after the area had been invaded by various Arab conquerors, Islam had taken root.”

These conflicts that occurred during the beginning of the 20th century, shaped the future for the country today.

Eventually the country became independent from the British, leading to a monarchy established by Islamic Arabs. It prospered until a military coup heavily influenced by the Soviet Union, Dismantled the monarchy. This led to Soviet withdrawal and once again islamic factions were left to claim the region.

While I was aware of Osama bin Laden due to the September 11 attacks, I did not realize that his rise to power happened far before. In 1988, Osama bin Laden established the group Al Qaeda to aid in a holy war against Soviet forces. When the soviets left, the Mujahideen and Al Qauda seized control securing the country as an Islamic state and creating the Taliban. Eventually, the United States was trying to locate bin Laden due to bombings of United States Embassys. Yet that only made the group retaliate, and go through with plans to attack on September 11, 2001.

In my opinion, there are many factors to why we left the war. The largest being Afghanistan’s geography. It has an abundance of snowy mountains and canyons as well as sweltering deserts, huge rocky plateaus and irritated land and river valleys.

The United States military, while superior in every way towards the enemies, could not subdue the Islamic terrorists groups. The tactics and strategy of the Taliban was to fight guerilla warfare. Disguising themselves as civilians and performing terrorist attacks. There was also a vast array of cave networks that ran through the mountain ranges providing excellent spots for the armed factions to hide and build their forces.

After years of conflict the war became a background to the ever pressing issues in neighboring countries. Eventually the United States’ occupation became a failure with a very immature army and government that was set up by the United States.

I believe that the nail-in-the-coffin for this war came at the expense of the COVID-19 pandemic. The country is in major debt and cannot afford the continuous occupation when there is very little progress being made.

When the United States declared their evacuation from the country, hell was let loose within the country. The Taliban saw this as an opportunity to take control, and in just a few days, Afghanistan is now back as an islamic state, just as it was 20 years ago.

I believe that the biggest lesson the government needs to acknowledge is that you cannot win against an enemy who uses deception and guerrilla warfare tactics, and who knows the land better than the United States military. This conflict seems eerily familiar to me when discussing the disaster that the Vietnam War was. Nearly all the factors from the Vietnam War that led to our departure were re-discovered with the Afghanistan war. The enemy knew their surroundings and environment and used it in a more effective way than the American military could ever really know.

While there are many political factors that led to our eventual decline in the Middle East, I strongly believe that we never had a chance from the beginning. These groups are extremely radical, and the conflict is now with themselves rather than the United States which may be the only way for the country of Afghanistan to recover from the American occupation, and hopefully, be able to subdue the radical threat that faces their entire society 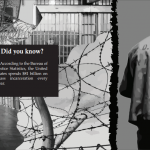