Too much power, too little responsibility

The social media powerhouse has been in the controversy spotlight quite frequently in the past few years. This latest scandal came to light after whistleblower Frances Haugen shared thousands of pages of documents, exposing Facebook. According to NPR, Haugen has said Facebook has lied and deceived the public about its ability to deal with hate speech and misinformation on the social media platform.

Haugen has also said that Facebook has shown time and again that it prioritizes profit over safety. I agree. Facebook was launched in 2004, from CEO Mark Zuckerburg’s Harvard dorm room. Since then the social media site turned corporation has garnered too many users and too much influence worldwide for it not to be held responsible for its actions.

“There were conflicts of interest between what was good for the public and what was good for facebook, and facebook chose over and over again to optimize for its own interests and making more money,” Haugen said in a 60 minutes interview aired on October 3.

Haugen further alleged that Facebook lied about its progress on stunting hate speech and cyberbullying on its website and was even used by organizers of the Jan. 6 insurrection on the capitol, NPR wrote.

Facebook is worth hundreds of billions of dollars and is home to 2.89 billion users. That is more than a third of the world population. When a corporation has that much influence over people it has to be held responsible. Otherwise we end up with corporations that will get too powerful.

Facebook isn’t just about sharing cat videos or “poking” someone anymore. As Haugen has alleged, it has become a breeding ground for hate and the spread of misinformation. As a result of this, the United States is facing extreme political divide. The spread of misinformation can also be deadly. We are still in the middle of a pandemic. Only 56.7% of the population has been vaccinated for COVID-19. While we are still under the shroud of this pandemic it is crucial that those that can be vaccinated do so.

The spread of misinformation is not helping that vaccination rate. People have gathered on social media to bounce personal beliefs and misconceptions about the vaccine. The United States is fortunate to even have a vaccine for COVID-19 yet so many people are afraid or defiant in getting it because of what they have seen on social media.

And while social media is designed to connect with others and serve as entertainment, it has quickly become a hub where people gather to get their news or discuss current events. However when virtually anyone is able to get an account on social media, it is so easy for a truth to be twisted into a lie. This is dangerous.

This is why Facebook needs to be held accountable. It has failed to stop hate speech and the spread of misinformation on its website for profit and it has betrayed the democracy that our country was founded on. 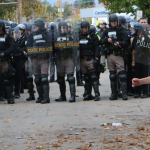 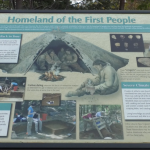