How the episode shows how to find friendship and yourself

Released in 2006, the pilot episode to “Psych” is directed by Michael Engler and written by the show’s creator Steve Franks.

It stars James Roday-Rodriguez, Dule Hill and Corbin Bernsen in the lead roles. Roday- Rodriguez plays Shawn Spencer, son of former police officer Henry Spencer (Corbin Bernsen). Shawn is far from a police officer himself though, as he’s immature, has lost several jobs and never quite figured out how to get his life together. However, Shawn does have excellent observation skills which leads him to solve crimes for the police.

One successful catch of Shawn’s looks suspicious to the police due to how good it is, so Shawn says he’s psychic. He has to keep up this lie and prove it to the police by solving a kidnapping case. With the help of his childhood friend Gus (Dule Hill) and his father, Shawn will solve the case and in the process find his path in life.

“Psych” is unique in that unlike other police shows where the detective characters are tough and stoic, Shawn and Gus as a detective duo have the sensitivity of high schoolers. The pilot feels like a high school murder mystery, as Shawn and Gus jump gleefully whenever they find a clue and even when one of them is trying to convince the other to stay on the case, it sounds like a kid begging for his friend to keep helping him. Even their runs look frazzled and uneven. Gus will run and scream from a scene, hyperventilate and throw up.

The pilot explores relatable themes, the chief ones being friendship and father-son dynamics. Many people relate to the strained bond of Shawn and Henry. Many of us have a parent that cares about us but can also be too overly critical out of overprotectiveness. Like Shawn and Henry, there’s always hope to repair the bond in time though.

Everyone connects with the friendship between Shawn and Gus, which is the core relationship of the series. We all have friends that we have known all our lives and argue with a lot (sometimes like a married couple), but in the end we always support them.

Shawn’s development through the pilot makes it movielike. At the beginning he’s smart but irresponsible with no path in life. However, through this case he finds his calling in solving crimes as a psychic detective and he has a purpose. There’s always that moment where we are trying to find a path that gives life meaning and this makes Shawn very relatable for audiences.

This pilot exemplifies why “Psych” is an incredible show. It offers a visual experience (observations look magnified) with characters who have relatable development and relationships. It is a fun spin on detective and police procedural formulas by going high school personality for the main leads. All performances impress with James Roday-Rodriguez and Dule Hill embodying their characters. This pilot is one case you’ll want to watch, with a pineapple. 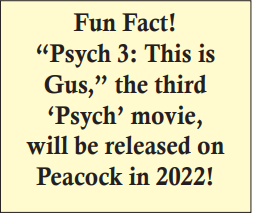 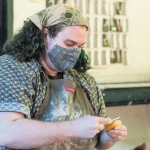 Connecting passions Previous
Green energy is the future Next 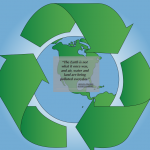