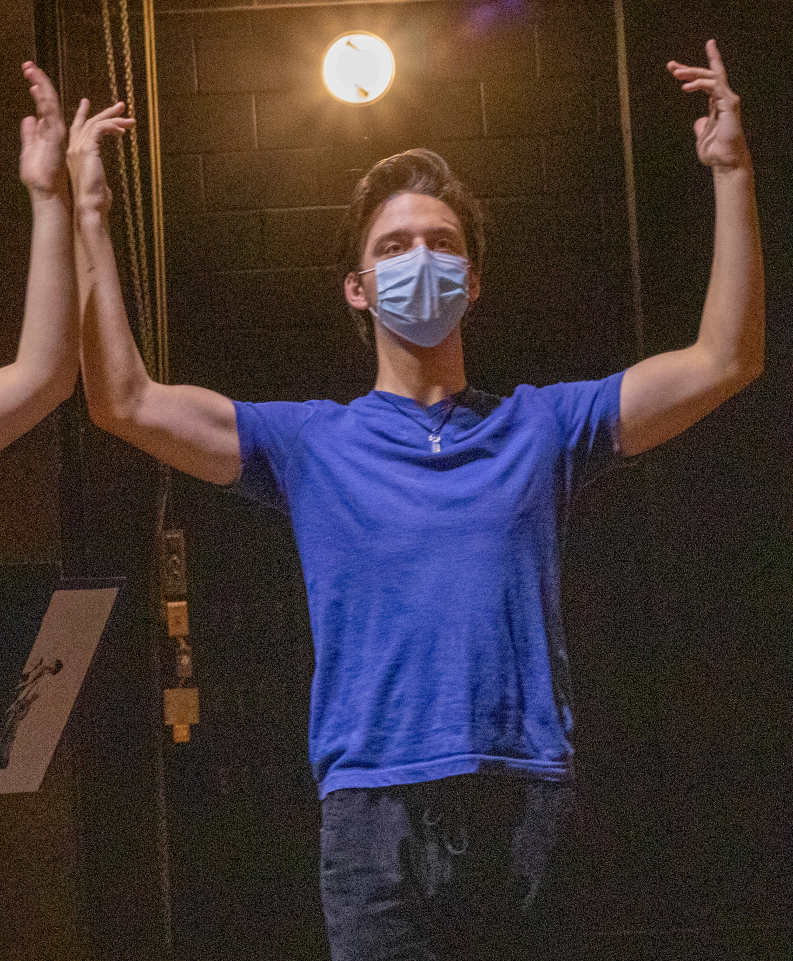 Imagine a world where water consumption and going to the bathroom are regulated and capitalized because of a 20-year drought.

That’s the premise of “Urinetown,” a musical parody originally written by Mark Hollman and Greg Kotis that will be part of the Redfern Series next month. Keene State senior Jaden Rogers said that despite “Urinetown’s” silly and absurd premise, it is a reflection of modern society.

“To be able to understand those true concepts, these very human, very dark concepts we have to visualize it in a very exaggerated and dramatic way so that it’s bite-sized so that we can understand it and chew it up and really process it,” Rogers said. “This show dives into capitalism, this show dives into death and mourning, it dives into ego and what it means to follow your heart versus follow your brain, and it explores poverty and the economic system we live in.”

Rogers plays Caldwell B. Cladwell, the head of the Urine Good Company who regulates the price of using the restroom. Rogers added that Cladwell is not wellliked by the poor due to his taxation of bathroom facilities. “He’s very flashy, fun and whimsical. He’s not your typical villain; he’s very well meaning and it plays out very interesting in the show.”

Rogers added this will be his first lead part in a musical, and likely, his last show at Keene State. As part of his preparation to play Cladwell, he said he’s working out the character and deeply exploring his character motivations and personality. Rogers made a song playlist based on songs he thought Cladwell would listen to.

Another important part of the performance, Rogers said, is exploring each character’s relationships with each other. Despite being a primary antagonist of the show, Cladwell is very fond of his daughter, Hope, who will be played by senior Cassidy Doherty.

Doherty said Hope starts out as a young woman, naive to the systematic exploitation in “Urinetown,” but over the course of the story grows into her person and ends up being the leader of a revolution for change.

Like Rogers, Doherty said this will be her first musical at Keene which she is excited about. In preparation for her role, Doherty has been taking voice lessons.

“I’m very excited, and we’ve put in a lot of hard work so far,” Doherty said. “This will be my first time performing for a live audience, and I’m excited for my family to be able to come see me.”

Doherty added that a couple important themes to be explored in “Urinetown” will be the division between the rich and the poor, as well as standing up for what you believe in.

While Rogers and Doherty are exploring their characters’ personalities and motivations ahead of November’s performance, other actors are preparing for multiple roles.

“What character won’t I be playing?” said sophomore Steven Cere.

Cere will be playing Old Man Strong and Hot Blades Harry. Strong is the father of the main character Bobby whereas Harry is a villainous lunatic.

“I think it’s very fun,” Cere said. “I get to play a lot with voices and physicality.”

Actors have been rehearsing for four days a week ahead of next month’s show. Cere said he is in 14 out of the show’s 16 songs. He’s never been part of a performance this demanding.

Cere, who was the drama club president his senior year at Manchester Central High School, said acting at the collegiate level versus highschool level has been proven to be different.

“I think of it way more as an experience. It’s about a person who knows about themselves enough to be able to portray other emotions, other feelings while coming off more genuine,” Cere said. “I’m definitely more excited to have this as a career.”

Urinetown will be open from November 17-20. Showings will be from 7:30- 8:30 p.m. and masks will be required for all audience members. 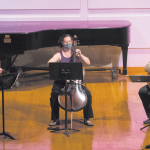 Libertango! Previous
Welcome to the White Room Next 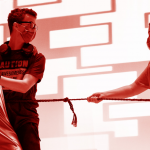