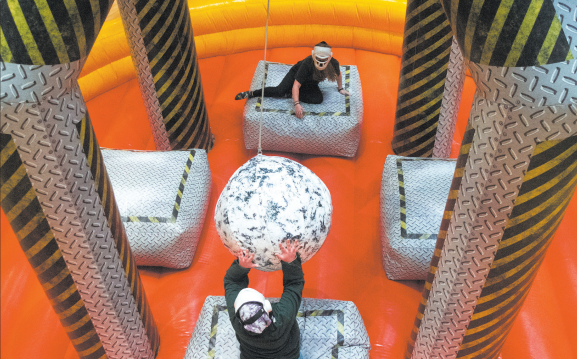 The Student Center – a cathedral of cramming just before an exam and the place people go to get their caffeine fix before pulling an all-nighter. But on Saturday, October 9, students flocked to the student center to focus on mental wellbeing.

The first activity I found was plate smashing, where I met a destructive group of freshmen. The group quickly scribbled down jokes, each other’s names, then cupped their hands and held their plates close, writing down their more serious thoughts and feelings.

“It was very therapeutic,” Spencer, a freshman at the event, said. “Getting to smash everything I didn’t like…if you have anything on your mind just come here, write it on a plate and smash it!”

Danny, another freshman, added “I just threw that plate, I just chucked it…it felt great to just, like, throw all these things away, it felt really good…this should happen more often, we should have this every Saturday!”

“I got to draw on a plate and then I got to throw it!” James said, another one of the students present. “I don’t think it solved any of the problems that were on the plate, but it felt good to smash things.”

Next I headed to the second floor, where a few other activities were set up. Upon signing a waiver and stepping inside, I heard the joyous shrieking of the mechanical bull’s victim. I made a beeline for the machine, got in line, and waited for folks to tumble off of the bull.

“I just fell off the mechanical bull, and it was great!” One student said breathlessly, wild-eyed and still-flushed. “Very like, ‘YEAH,’ in a safe and responsible way to let out, like, stress and frustrations in a controlled environment,” they said, and ended by begging for more nights like this.

After that I headed to a third activity: the Wrecking Ball. Four students, four helmets, one giant blow-up ball. I peer-pressured a friend who happened to be an orientation leader into going on, and they were able to convince one of their first year students to join us.

“[My O leader] showed their true colors: a baby,” James laughed. Gray hid their face in shame, feigning hurt. “No I’m just kidding, I think it was great. I had a lot of fun…I think they’re really cool.”

When attending these events, it is clear that these activities are beneficial for the students participating—but why?

Casey Justice, the mind behind the event, explains her reasoning: “This specific program we wanted to put toward the mid-semester point, because it’s probably the highest level of stress for most people. Part of it was just allowing people a little bit of downtime to relieve some stress, especially on a saturday night where there are other alternatives to de-stress with, i.e. drinking…just having some alternate sober opportunities is a big part of why we planned this one.”

Brandon Carta, the Student Center Programs Coordinator, said “This program overall fits into our After Hours calendar: After Hours is a program where we have something on the first friday, second saturday, third thursday and fourth friday of every month…why not do something that is sort of trendy and innovative? Casey did a great job of finding a rage room through a company and home growing those ideas here.” 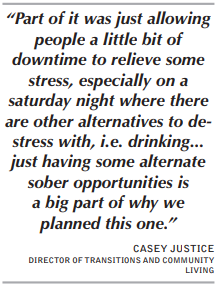 “Who doesn’t love watching their friends flail around on the mechanical bull?” Casey added with a chuckle. “We are hoping to create some laughs in the process [of de-stressing] as well.”

School vs. Mental Health is a balancing act that often falls flat in one way or another; with midterms comes increased stress, increased responsibility, and an increase in not-so-great-coping as young folks try to deal with balancing their progressively busy lives. Sitting across from close friends, new friends, and some absolutely delicious (and free) buffalo mac and cheese, I could safely say that the night was a great success, and I could not wait for another. 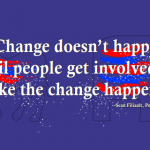