A bite of Apple Hill 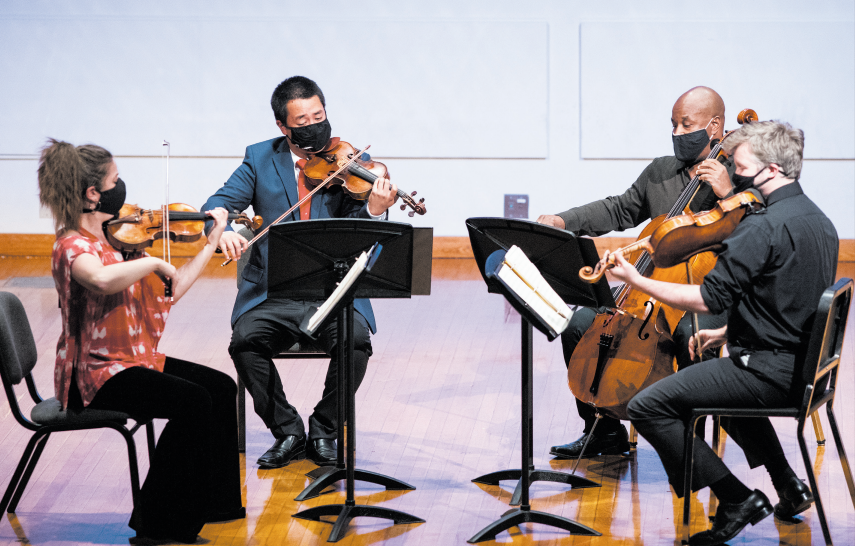 Music has always been a major part of the Keene State community. And among the many musical performances that are held on campus, is the Apple Hill String Quartet. This was also the first time the quartet was featured in the Redfern Presenting Series.

According to the Apple Hill Quartet’s website, “Apple Hill exists to perform, teach, and broaden the appreciation of chamber music—cultivating connection and understanding among people of diverse backgrounds, cultures, playing levels, and ages through music performance and education centered around the values of acceptance, inclusivity, creative expression, and encouragement.”

Becky MacDonald, Jesse’s mother, was excited to experience the event. “This last piece, I just thought… YOWZA! This venue is really great, and I loved the show,” said Becky. Becky also said she was very excited to be able to see her son perform live.

Jesse MacDonald spoke a bit about their performance. It was a concert including Haydn Opus 17 Number 1, Jessie Montgomery, as well as a turkish composer, Saygun. A collective concert all over the map.

Jesse MacDonald shared how they first got into music. “Legend has it, it was an old vinyl of Beethoven 9. I just kind of sat in front of the stereo the entire time and when it ended just kind of walked away,” said Jesse.

Jesse MacDonald has been performing for about 24 years, and was first introduced to Apple Hill as a Summer participant at the Apple Hill camp when they were in college. Jesse returned as a teaching assistant, and later joined the quartet. “It was so fun to finally play in front of an audience. It’s been long overdue and I hope we can do it again,” said Jesse.

The performance was held on Friday, October 22 in the Alumni Recital Hall at 7:30 p.m. To find out more about events being held in the Redfern Arts Center, head to https://www.keene.edu/arts/redfern/ 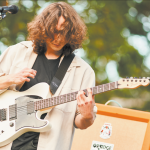 Behind the Bands Previous
The Return of Halloween Next