How our everyday diets affect our well being

In my experience, I have always had an eclectic variety of culinary tastes. Yet, there’s always those days where I might enjoy some fast food when times become desperate. While these high-calorie, super salty meals can quench my hunger, I always end up regretting it after eating it and the results of the next day. Either feeling bloated, uncomfortable and sluggish. The question that keeps rumenating through my head is, is there a reason why eating processed and high-caloric, fatty foods affect me in a negative way, and what does it mean for my overall health if this was a common dietary meal every week like many people in the U.S. consume?

In the last few hundred years, the population of earth has dramatically shifted as well as the way in which many people live. Human industry has changed our society faster than our normal evolution. With the rise of our overall population and the profit of consumerism behind many companies, alternative and large quantities of foods had to become produced.

In my opinion, everything in our biological world is connected. Life eats life and this chain is what keeps the natural order of things. This also has an influence on the entire ecosystems providing a fluctuation of symbiotic population control and provides species with food that is fully organic and wild. This directly affects the overall wellbeing of a species and how they will adapt to the food that they can organically process to give the specific animal the right nutrients to keep living and producing for its future.

This obviously applies to humans as we are animals that have evolved from hunter and gatherer societies. Food and overall diet is the lifeline to an organism’s health. We have been able to adapt to different forms of organic diets and the cultivation of agriculture led to the birth of human civilization. Food and diet is so important yet, in our modern world, we take it for granted.

According to the careersingovernment.com, they explains that there is a direct line between the health problems affecting America such as obesity and high-calorie diets causing heart diseases.

“The causes of obesity in America are well known: A poor diet, with too much consumption of packaged and processed food, which is not as well regulated as it ought to be; too many fast food meals; and low levels of exercise due to excess driving caused by an urban sprawl absent” All these factors have led the country into a health crisis.

“According to the 2019 Bloomberg Healthiest Country Index, the U.S. ranks 35th out of 169 countries. Even though we are the 11th wealthiest country in the world, we are behind pretty much all developed economies in terms of health. In the Americas, not just Canada (16th) but also Cuba (30th), Chile and Costa Rica (tied for 33rd) rank ahead of us in this Bloomberg study”

As a country and culture as a whole, we need to find better ways of sustainable options to cultivate and harvest our foods. We cannot keep allowing ourselves to fall victim to the addictive, processed foods that have a dramatic impact on our overall physical and mental well-being. 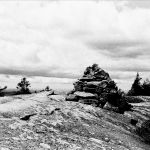 Experiencing the little things Previous
From stage to screen: ‘Dear Evan Hansen’ Next