Connor Bedard a 15-year-old hockey player has the potential to be the closest thing to Gretzky since… well Gretzky.

Connor Bedard is the first WHL player to accept their exceptional player status within the league. So far in the league’s history there have been five players given this status, among them are John Tavares, Aaron Eckblad, Connor McDavid and Sean Day. Tavares, Eckblad, and McDavid have all gone on to have star-studded careers. Bedard is currently on the track to follow in MacDavid’s footsteps and even do better. The exceptional status is such a milestone for Bedard because he gained the status at 14. Bedard was drafted into the WHL, the first of the exceptional players to choose the league. He was selected by the Regina Pats and since being drafted he has remained unstoppable.

In Bedard’s 15 games played he has 12 goals and 16 assists totalling 28 points all at the age of 15. All this is giving him a point per game average of 1.87 which is better than any exceptional player who has come before Bedard by a large margin. Bedard’s closest competitor is John Taveres who currently has 802 points and 855 games played in his NHL career. All the signs point towards Bedard being a special talent who has the groundwork for what it takes to be a superstar in the NHL. The skills Bedard has were showcased in his high school league and continuously with the Regina Pats. Bedard in games will use his edges to work around players cut to the net and use his quick release to snap the puck past the goalie for a goal. Even more impressive was Bedard’s first goal as a Patriot was an end to end snipe from the top of the faceoff circles. However, Bedard has more than just flashy hands, he is not afraid to throw the body.

With the skill level Bedard has he puts a target on his back for opposing players to play the body a little more with him than other players. This still does not stop the 15-year old phenom. He either absorbs the hit and keeps chugging along or dances around the attacker and embarrasses the goalie. Bedard has all the necessary skills to be a star in the NHL, no one is even questioning him. With Bedard’s draft year being 2023 the hockey world is holding their breath to see if this kid from West Vancouver can transition to the league and continue his streak of dominance. 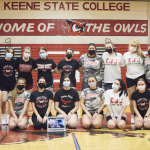