Student express themselves through choreography 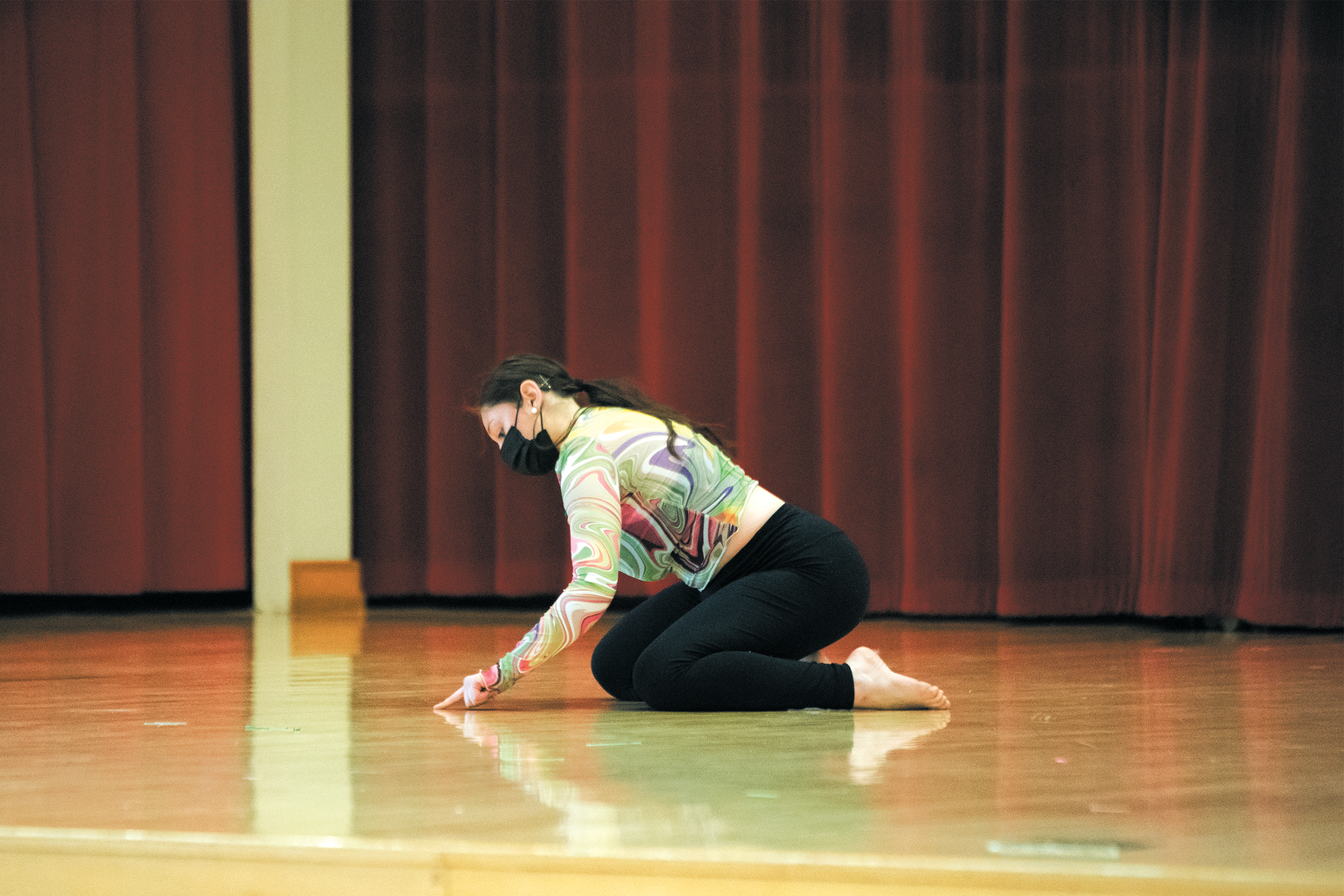 When the prompt is “anything,” truly creative works can emerge.

In professor Molly Lynch’s Modern II class, students were asked to choreograph pieces on any topic of their choosing.

“They [the students] choose a research topic idea [that] could be a question or concept, something that they’re interested in making work about,” said Lynch.

“And then the goal is to figure out where dance and this research topic intersect. That’s kind of the main, the main purpose is to keep whittling it down in terms of how dance actually intersects with this concept or question, research topic will,” Lynch said.

Lynch said that the students in the class picked from a range of topics, from a day in the life of a college student to an examination of how the audience and performer interact.

The students performed their works in a showcase for the class.

Sophomore Chloe Cina, who picked the latter, said “I wanted to work with levels and viewpoints of the audience.” Cina continued, “I made three solos with the same themes but had the audience at different levels. One solo they were placed in the balcony of the MBR [Mabel Brown Room], the second the audience was sitting at the bottom of the stage looking up at me, and the last they were laying on their stomachs.”

Cina explained more of her piece, “I’ve never worked with audience participation and placement of the audience of a solo. Molly [Lynch] wanted us to push the boundaries and take risks so I decided to do something entirely new to me. I took a lot of time to research viewpoints and use of architecture and took that idea and ran with it,” Cina said.

“I used a lot of pictures to help me choreograph because I never got to choreograph in the space we were performing so pictures helped me get an idea of what the audience would see while I was performing,” Cina said.

“I chose cults and Fundamental Mormonism as my research topics for this project because I have always been fascinated by Mormonism in general, as well as how cults, religious or not, lure people in and convince otherwise sensible people to do horrible deeds,” said Williams.

For the research, Williams read books such as “Under the Banner of Heaven” by John Krakauer and “Helter Skelter,” a book about the Manson family murders.

Williams talked about her performance in the showcase, “I did not want my solo to be an obvious and cartoonish representation of cults, so I approached my choreography in a more subtle way by building off of pedestrian movements I found in my research and using those as a foundation for my piece. From there my creative process really took flight, and I am very pleased with the performance I was able to produce,” Williams said.

Cina also discussed her performance for the class, saying “This is actually my second time taking this class because I wanted to take it again, so I made it a personal goal for myself to push myself a little harder than I did my freshman year.”

“My freshman year I was new to choreographing and didn’t really know what I was doing. Last semester things started to click and choreographing came easier for me. So this semester I wanted to actually focus on more abstract thinking when it came to dance rather than just make up moves and perform it,” Cina continued.

Lynch said she felt her students did “amazing” throughout the process of choreographing pieces. “I feel as if they dove in entirely. We started from just the very nugget of an idea to point in which some of them made dance films, other students made actual dances that they perform live,” said Lynch.

Cina shared this sentiment, “I had to do extensive research and think outside of the bix, This solo has helped me develop new ideas for future performances. Last semester I would not have thought I’d be able to make a piece like the solo I made. I’m very impressed with myself and my piece,” Cina said. 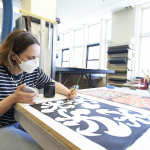