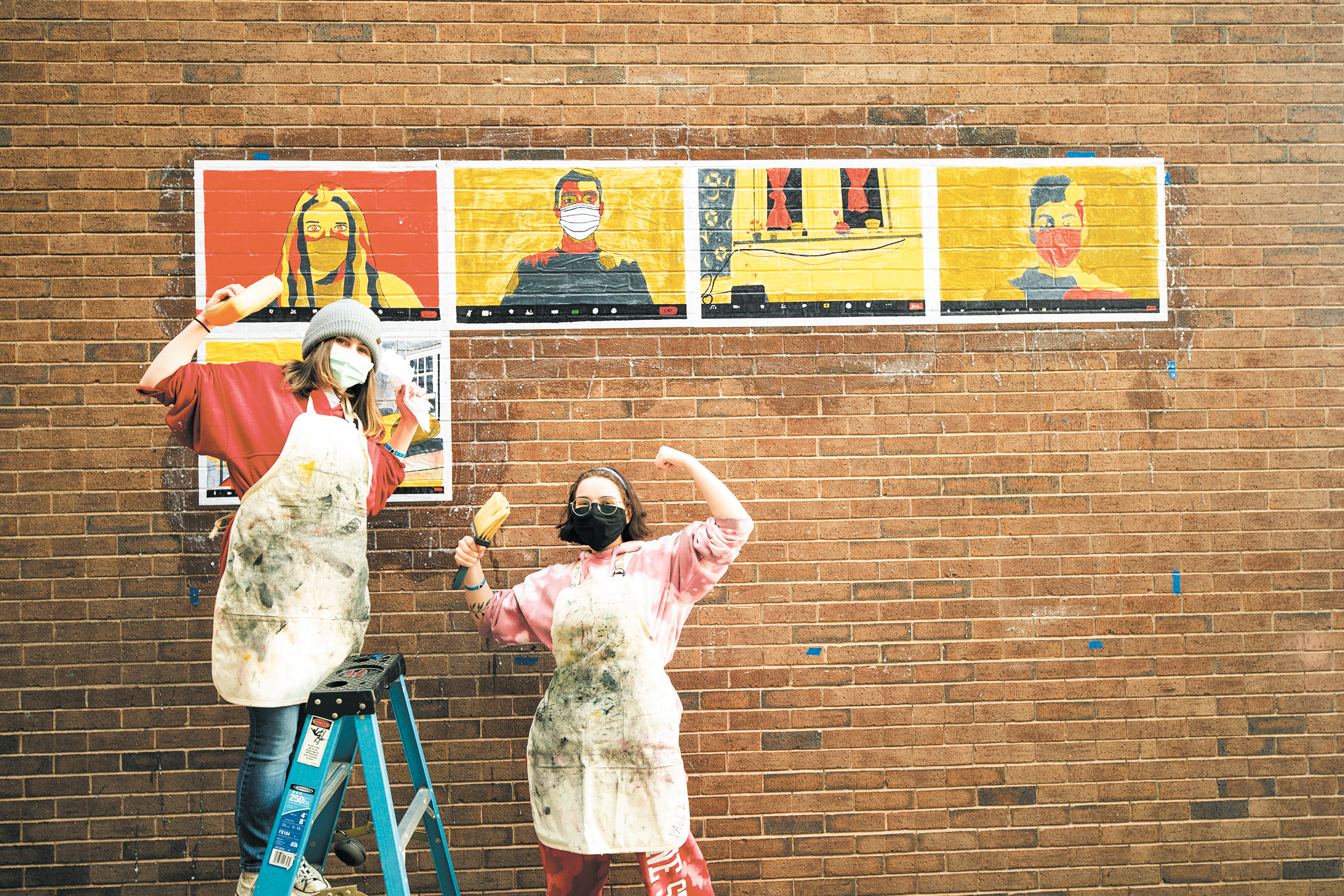 A new student mural is now on display outside the Redfern Arts Center.

The mural was designed and created by students in the Color Design and Mural Painting course last fall taught by lecturer Molly Fletcher.

The idea for the mural was influenced by the pandemic, Fletcher said. Students worked on their own individual section that would be put together in the finished product, which was designed to model a Zoom meeting.

“Everybody did a self portrait of themselves within a Zoom box and then we’re putting all the Zoom boxes up next to each other like they’re all on a call together,” Fletcher said.

In previous semesters, students would paint directly on a wall and work on the mural together as a group. However, due to social distancing requirements, students who took the course in the fall were not allowed to do so. As a solution, each student was given a section to work on individually to be put together in the final product.

“The mural is broken out into sections so each person could work on their part individually. But the mural does all go together like a puzzle piece,” sophomore Madison Chase said.

Senior Ivy Hill said not being able to work as a group did not erase the feeling of collaboration. “It had a cool feel because even though we were all separate doing our own thing, we kind of had that collaborative feel because they’re all gonna be hung together,” Hill said. “I really liked the fact that it’s like a group thing, even though we couldn’t work on it together.”

Working with the same supplies and basic requirements, students were largely given the freedom to make their section their own. “There are a couple that are just empty rooms, there’s like one student who’s looking at her phone. So they kind of got to make their own pose with it, which is kind of cool,” Fletcher said.

The mural was installed on April 26 on the exterior of the Redfern Arts Center. It was the final project of Fletcher’s Color Design and Mural Painting course- a course specifically designed for non-art majors.

“I love teaching non-majors, it’s my passion,” Fletcher said. “A lot of [students] come to me with very little confidence about their abilities in art and then they leave with this portfolio of work that I think even amazes them a little bit, which is such a good feeling for me.”

Chase said she took the class to not only fulfill an art requirement, but also to get back into art again. Chase said the class gave her an environment to explore art without feeling judged. “Everybody there was just very welcoming and it didn’t feel like I wasn’t treated like an artist. I felt like my work was valid,” Chase said.

Other murals created from the course can be found in various locations across campus, including the Elliot Center, the Owl’s Nests and the Night Owl Cafe. 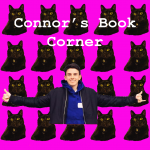 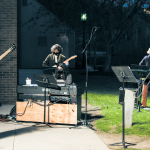