Ice hockey, for as long as I can remember, has allowed fighting. This rule came about in 1922, five years after the NHL (National Hockey League) was created.

With this rule, rule 56, the NHL separated itself as one of the few leagues that allows fighting even though it is not the main goal of the sport. This decision has been in question since, however fighting in hockey will continue to have a role within the sport.

What I mean by this is that fighting makes a player second guess trying to injure opponents specifically star players. Sports teams when signing a player and when a player is signing with a franchise are investing in each other. With this investment both sides are hoping to avoid injury and one of the best things to have on a roster to curb opponents from targeting a star player is an enforcer. The enforcer will establish the physical presence of the team and curb potential targeting of star players. For instance, a hockey player will second guess a cheap shot or a big hit on a star player if there’s someone waiting to punch them in the face a few times. This allows the game to be regulated by the players in a way the refs cannot. However, with all this talk about safety from fighting, it is still fighting.

However, injuries in hockey more often than not come from play and body checks and not fights. For instance, in 2013 Boston Bruins player Gregory Campbell broke his leg blocking a shot. Dan Girardi of the Tampa Bay Lightning took a shot to the back of the neck causing him to collapse immediately. Currently on the 2021 injured reserve list from TSN have come from lower body injuries, not concussions or broken jaws from fighting. I honestly believe a lot of the negative attention hockey fights get comes from a lack of understanding. Hockey fights even between two rivals have an aura of respect around them. There is a mutual respect between the two combatants that once the fight is over it is over, and most of the time after a fight the two players hug each other and say “good fight.”

However, this does not happen every time. The first example that comes to mind was when Shawn Thornton fought Matt Cooke after Cooke delivered an elbow to Marc Savard’s head that forced him to retire. The next time the two teams met Thornton went after Cooke and continued pursuing him after the fight was broken up by the refs. This brings me to my next point about fighting, it allows matters to be settled immediately.

What I mean is if there is a hit on a teammate that seemed like the player was lined up for the hit another player on the ice or the player hit can drop the gloves with the opposing player. This allows for any bad blood to be dealt with in a way that will not result in a broken neck or leg from an overly-aggressive body check later down the line. An example of this is the Battle of Alberta between the Edmonton Oilers and Calgary Flames. During their meetups last year and this year Oilers defenseman Zach Kassian and Flames forward Mathew Tkachuk have delivered hits and fights back and forth game after game. The game-long rivalry started when Tkachuk laid a big hit on Kassian and refused to drop the gloves to fight Kassian. Kassian viewed that move as disrespectful and the bad blood carried over into the press conference and future games.

What fighting allows hockey players to do is settle scores and protect teammates in ways the rules of the game cannot. Yeah, you can make harsher penalties and suspensions for players, but how will that actually prevent a player from following through with a cheap or malicious hit? It is only a punishment after the fact, and one as seen in the NFL and NBA, and NHL increasing the money players get fined for breaking the rules does not deter a player from doing what it takes to win. Fighting is allowed to keep those emotions in check so teams can protect their star players. One change I would like to see is better insurance for enforcers within their contracts, but that’s a commentary for another edition. 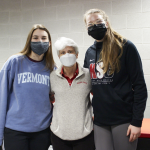 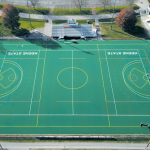