Breaking stereotypes one push-up at a time 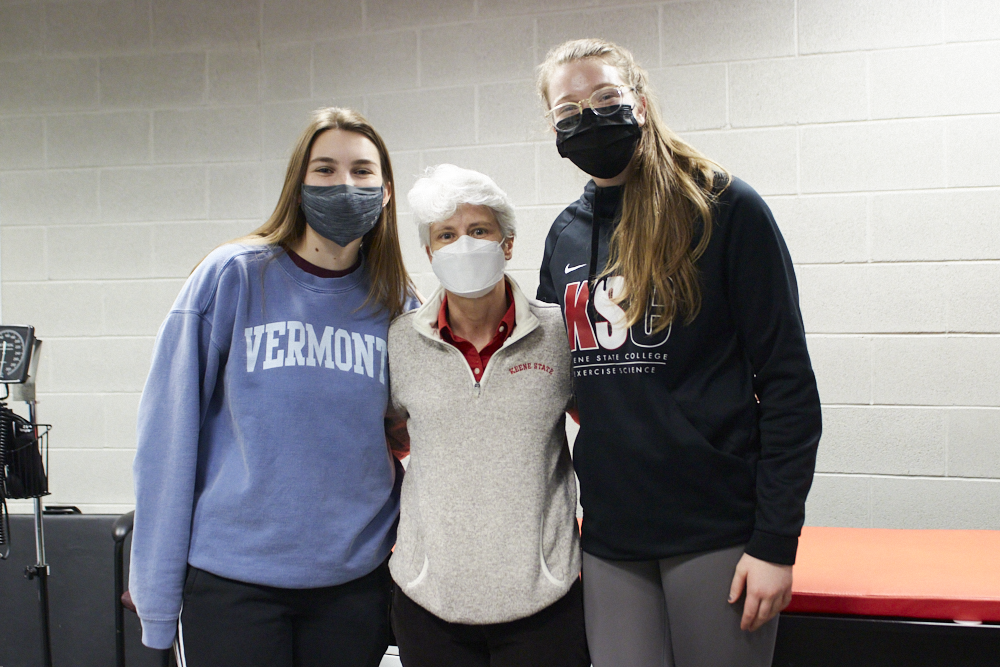 “Women are weaker… they don’t have the physical capability of doing a standard push-up (using the toes as a pivotal point).”

This is the stereotype that Dr. Melanie Adams, Keene State College associate professor in the human performance and movement sciences, is aiming to change through her research study.

According to American College of Sports Medicine Push-Up Test Procedures for Measurement of Muscular Endurance, the push up test is administered with men starting in the standard “down” position and women in the modified “knee push-up” position.

Dr. Adams explained, “There’s a gender bias involved in that assuming that men are stronger and can do that (standard push-ups).” Dr. Adams aims to take gender out of the pushup study to eventually have just one test that everybody does, regardless of their gender through her current research. It spurred her on to questioning the existing gendered push-up test when she worked with trans clients about three years ago. She further elaborated, “I did a small study with trans men, resistance training and people who were undergoing some level of medical transition in gender. And what we found was that a lot of the practices in fitness are so very gendered… I just didn’t feel really comfortable. What was the right push up position for this person?” Through the study, Dr. Adams wants to make fitness more accessible to people who are not in the binary.

Dr. Adams is conducting a cross sectional study with the help of her research study class and two student assistants, KSC first-years Sophie Hatch and Elizabeth (Liz) Winsor. Adams and her team are looking for KSC students who identify as cisgender females, between the ages of 18 and 25, and of all fitness levels to volunteer for the study. The volunteers for the study need to fill out a research participant consent form, and go through some questionnaires and some warm-up exercises like light laps of walking around the track, different sorts of stretches and some sort of movements that activate the brain and the muscles.

Then, a coin is flipped to see which set of push ups (between standard or modified) the volunteer will do on the first day. After two days, the volunteer is called back to do the other set of push-up they didn’t do before. The research team is collecting the data to see what relationships they can find between the number of push-ups they do in each position. “We’re not doing anything that would make people get stronger or do more push ups,” said Dr. Adams.

Dr. Caitlin Parmelee’s math class, Applied Statistics, will be helping the research team with data analysis. Dr. Parmelee said through an email, “The hope is that Adams’ students can share their expertise in collecting fitness data and my students can share their knowledge of the statistical software SPSS. The students can then work together to understand and draw conclusions from the data.” Dr. Parmelee’s students have worked with Dr. Adams’ class in the past and she is excited for her students to be involved in the project this semester. She shared, “Working with students in other disciplines in this way gives them hands-on experience with how other fields think about and use data to make decisions. I am particularly excited about the project since I am a huge fan of Dr. Adam’s research and her efforts to make fitness more inclusive.”

Along with her students and Dr. Parmelee, Dr. Adams has received good support from her colleagues as well. She said, “…gender is so embedded in fitness. I had just accepted that there are charts that say, these are the men’s fitness results, and these are the women’s fitness results. So it’s interesting to have more conversations with my colleagues about, ‘Why are we automatically accepting that? What can we do to question that a little bit more?’”

Besides that, Dr. Adams said that she has been working with Coordinator of LGBTQ Student Support, Hunter Kirschner, a little bit. She said, “Hunter and I have some conversations about creating more inclusion, and what non-binary really means.”

Last year, Dr. Adams did a similar data collection in her Intro to Exercise Science class where they found a strong correlation between standard push-ups and modified push-ups. Dr. Adams explained, “We feel like we could predict somebody’s ability to do standard push ups from a modified push up. So that would be one way that we would go about trying to create the new classifications was through this prediction idea.” The student assistants Hatch and Winsor took the class last year. Dr. Adams said Hatch and Winsor are outstanding students who could organize data, recruit students and are personable. Dr. Adams applied for and got student funding through the Dean of Social Sciences, Sustainability and Health to hire the two student assistants.

Hatch said that she took Dr. Adam’s offer because this would be a good opportunity for her to decide what she wanted to do with her future. She said, “I haven’t quite decided what I want to do within exercise science major.”

Winsor said she took the position because she is avid about health, strength and conditioning. She said, “I’m also really fascinated with the differences in development between males and females, especially in youth.”

Hatch and Winsor are involved in recruiting cis female volunteer for the study through in-person recruting and emails, reading similar case studies, researching and making the process better. One of the challenges they have faced throughout the process is the “stigma around females not being able to do normal standard push-up.” Hatch said, “When we are recruiting women, the moment they hear, ‘Oh, you have to do a push up, [they] opt out as [there is a] fear of embarrassment.” Hatch added, “That’s been a challenge letting people know like, it’s okay, this information is confidential, like, it’s really going to help our study in the future, to have a wide variety of participants in abilities.”

The research part has also been challenging for the student duo. Winsor said, “A lot of time Dr. Adams would come in and say, ‘why are we implementing this push up test instead of this one in schools?’ And no one’s ever asked those questions before. No one’s ever thought about why.”

Hatch said, “There’s definitely a lot of room to research within this field that nobody’s ever asked before, so it can be hard.”

Gender inclusivity is an integral part of the study that both Hatch and Winsor feel strongly about. Winsor shared that the [gender] division she noticed in the Spaulding gym was new for her. She added, “It wasn’t until I started coming here, when I really noticed… a lot of women upstairs and a lot of men downstairs, and it’s intimidating. I talk about gym anxiety a lot. And it’s a very real thing. And it’s even worse with like, trans people and non binary people and even in women.”

Dr. Adams also talked about the separation at the KSC’s gym facility. She explained, “On the bottom level is the weight room, and then on the top level is a cardio area. What I have seen in what other researchers who look at gender and fitness is that women tend to populate the cardio areas, much higher than they do the strength areas.” In Dr. Adam’s view, the reason for such a separation is learned socialization, intimidation, and perception that women don’t do strength.

Sharing another example of stereotyping, Dr. Adams pointed out that the word “tone” is used for women and the word “bulk up” is used for men. “They (women) like the word toning; it somehow seems less frightening. It’s less masculine. But it’s really kind of the same exercise program,” said Dr. Adams.

Hatch shared, “I’m definitely one of the people who [has] gone to the gym and I am like, ‘Wow, like, there’s so many guys here.’ Like, I feel pretty intimidated.”

She added. “Inequality in the gym sometimes inhibits women from even wanting to go. It can be really scary. I think this (the research) is a first step to trying to create a little bit more equality in the gym, which is going to be amazing for everybody.”

Dr. Adams said, “If I feel good about the outcome, I’m going to try to get it published.” She said. “Then what that would give people in exercise science folks that are grading fitness, …[an] another option for female clients who would like to know what their category is based off of doing a standard push up. She explained, “A number of female athletes, number of my female students, they train, they normally do their push ups from the toe position. And it seems counterintuitive to me that to test their fitness, we would ask them to do a different style of push up.”

She said, “We need to stop looking at women as incapable of doing a standard push up and create a scale by which they can be graded for doing a good standard pushup, just like we would expect of– of men.” “It [will] give us another option for women to allow them to feel less stereotyped about their strength.”

Puja Thapa can be contacted at
pthapa@kscequinox.com 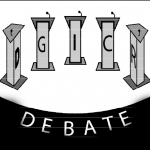