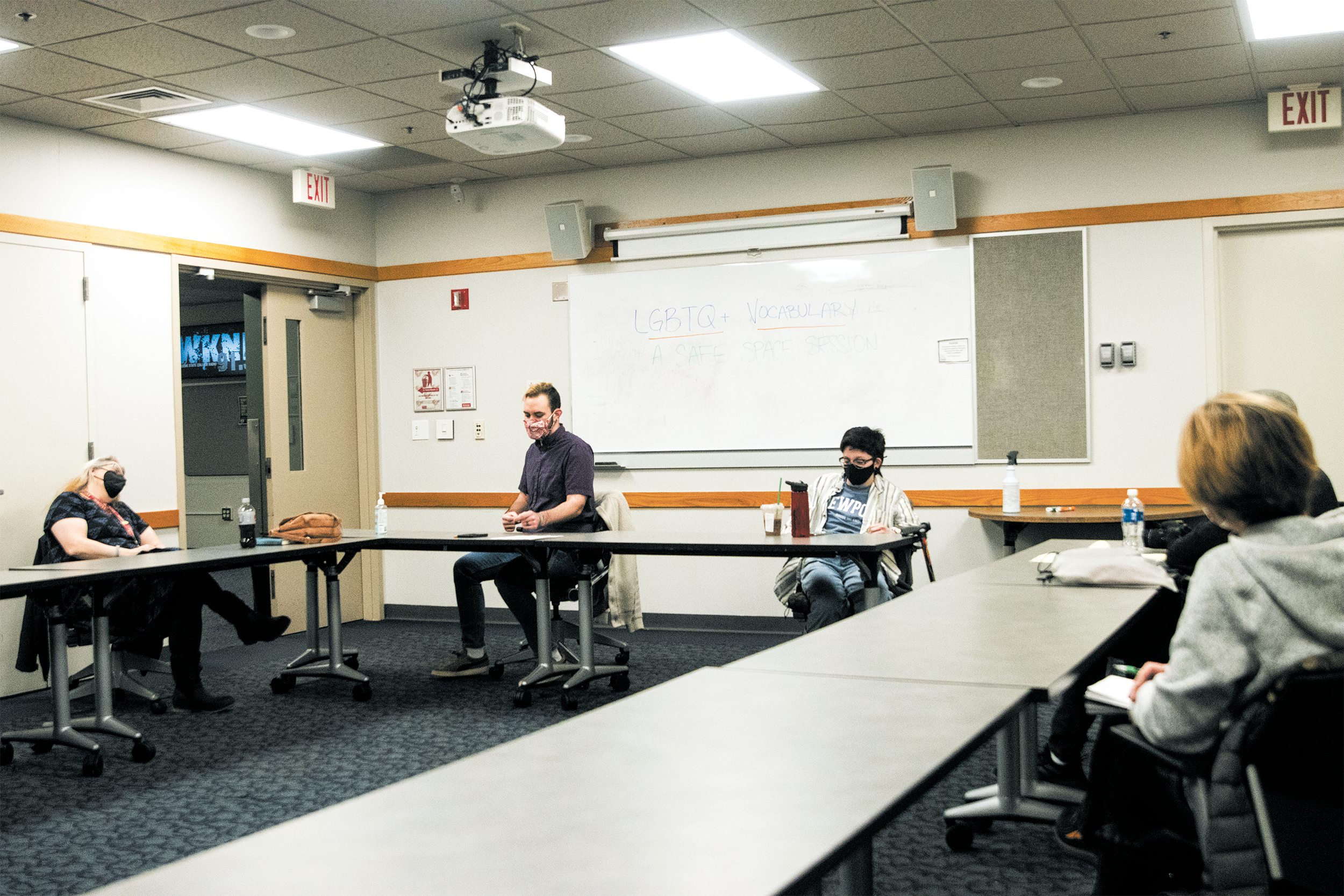 How do you define terms such as “transgender” or “intersex” and why is it important? That was the topic of discussion at this week’s LGBTQ+ Safe session.

On Tuesday, March 2, Coordinator of LGBTQ+ Student Support Hunter Kirschner and senior communications major Lee Peet held the first Safe Session to discuss LGBTQ+ topics. Held in room 309 on the third floor of the student center, this session was all about vocabulary and words that can sometimes be confusing in the world of LGBTQ+.

The meeting began with introductions, the seven people who attended went around and introduced themselves by name and, if they were comfortable, their pronouns. Then, Kirschner and Peet launched the discussion where they had attendees contribute their ideas and perceived definitions for each word discussed.

They began with the word “queer” which Kirschner said, to him, the word, “blurs the lines between sexuality and identification.”

The next word they talked about was the word “transgender” which Peet described as an “umbrella term” to group together those who do not identify with their gender assigned at birth; male or female.

After that, Peet and Kirschner brought up the word “intersex” which proved to be a difficult word to define. Kirschner helped describe it as “any physiological characteristic that has to do with identification that does not meet a specific sex.”

The final word discussed was “asexual.” After hearing the others give their thoughts, Peet said that, overall, asexual is, “the lack of sexual attraction,” but Peet also added, “attraction is different from interest or desire.” At just past 7:30 the meeting ended with any final questions or other related topics the attendees wanted to discuss.

“Traditionally, the safe space committee offers three-hour workshops,” said Kirschner on why he organized the session, “We wanted to offer shorter workshops in order to have these kinds of conversations.”

Indeed, public health professor Becky Dunn said, “It has always been in one of those three-hour training sessions, which I haven’t been able to commit to.” Dunn said that part of the reason she came to this meeting was because, “it was really attractive to my schedule.”

Kirschner added, “we were trying to make them shorter, interactive and more accessible.”

“I think it really broadened my vocabulary and understanding,” said Dunn. She said she felt that anyone who attends one of these Safe Sessions could be positively impacted. “I don’t think it matters how you identify. It’s really how you can understand and how you can learn and how you can interact with individuals no matter who they are.” Dunn said that she always wanted to “learn more” and that the Safe Session impacted her, “both on a professional and personal level.”

Keene State senior Lee Peet said that they felt it was important to have this discussion because, “People tend to hold on to the wider definitions of these words.”

Hunter Kirschner added that he hoped for people to walk away from this event with, “a different way of seeing the world.” 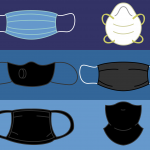