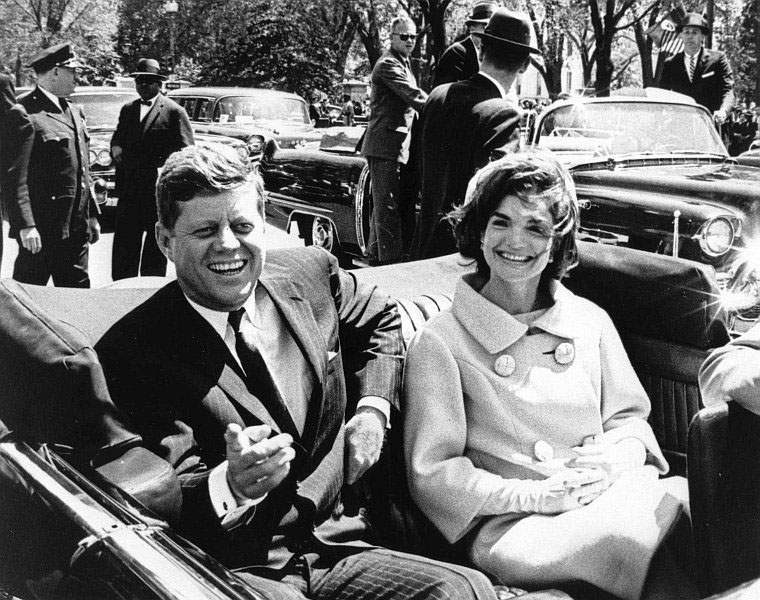 Born into an Irish American family on May 29, 1917 in Brookline, Massachusetts, John Fitzgerald Kennedy (JFK) would become the first United States president to serve born in the 20th century. Named after his grandfather, who served as the mayor of Boston, Kennedy was the sixth of nine children. At a young age Kennedy was taught to value education and to advocate for peace.

As an adolescent Kennedy attended Choate Boarding School in Connecticut with his older brother Joe. Upon his graduation from Choate in 1936, Kennedy enrolled at Harvard University in Cambridge, Massachusetts. Kennedy joined his older brother Joe at Harvard, and the brothers played on the college’s football team. While Kennedy was not a skilled athlete, his peers remember that their friend “Jack” was always determined on the playing field. While Kennedy and Joe were still students at Harvard in 1937 their father was appointed as the United States Ambassador to the United Kingdom. Leaving the two Harvard students, the rest of the Kennedy family moved to England.

It was his father’s new occupation that would elicit JFK to enhance his knowledge regarding European politics and World Affairs. After visiting the UK and other European countries, Kennedy returned to Harvard with a zeal to learn about government and history. At the start of World War II, Kennedy received letters on a regular basis from his father. Hearing about his father’s experiences overseas gave Kennedy the inspiration to write his senior thesis. Kennedy’s senior thesis focused on why Great Britain was not adequately prepared for war with Germany, and it was eventually published into a book entitled “Why England Slept.”

After graduating from Harvard in 1940, JFK joined the United States Navy in WWII. He was a lieutenant and assigned to the South Pacific Area as the commander of a patrol torpedo boat. Kennedy was also in charge of a crew of 12 men responsible for prohibiting Japanese ships from distributing supplies to their soldiers. Upon returning to the United States, Kennedy was awarded the Navy and Marine Corps medal.

After serving overseas, Kennedy seriously considered his career path. He quickly found his way into politics, running for Congress in Massachusetts’ eleventh congressional district, winning in 1946. JFK was an emerging Democrat, serving a total of six years in the House of Representatives prior to his election to the United States Senate in 1952. After his election into the Senate, he married Jacqueline Bouvier. From the early to mid 1950s Kennedy was gaining popularity as a politician. In 1956 he was close to being chosen to run for vice president, provoking him to run in the next presidential election.

On July 13, 1960, JFK was nominated by the Democratic Party as its candidate for president. Upon this nomination, Lyndon B. Johnson, a senator from Texas, was asked to run for vice president. On November 8, 1960, Kennedy won the general election in a close race against Republican presidential candidate Richard M. Nixon. Inaugurated on January 20, 1961, JFK spoke on the need for all Americans to be active through some of his most famous words: “And so my fellow Americans: ask not what your country can do for you [but rather]–ask what you can do for your country.” Shortly after being sworn in as the 35th president of the United States, Kennedy founded the Peace Corps. Still in existence, the Peace Corps is an opportunity for Americans to volunteer globally wherever substantial relief is needed.

Arriving to Texas on November 21, 1963 to campaign for the 1964 general election, President Kennedy knew there would be political tension regarding his aspiration to rerun for office. However, the following day an unpredicted act of violence took place that would forever change American history.

On November 22, 1963,  at 12:30 p.m., President Kennedy was assassinated riding in a motorcade in downtown Dallas, Texas. He was rushed to Parkland Memorial Hospital just a few minutes down the road, but 30 minutes later he was dead. At 2:38 p.m. that afternoon, Vice President Johnson was sworn in as commander in chief beside first lady Kennedy.

On November 25, 1963, a horse-drawn wagon carried Kennedy’s body from the White House to the United States capitol. The wagon was pulled by four horses, as well as a riderless horse named “Black Jack.” The riderless horse was a fitting symbol when reflecting upon Kennedy’s life; it symbolized high military honor. Kennedy was buried in Arlington, Virginia at Arlington National Cemetery with full military honors.

United States politics would never be the same after Kennedy’s passing. On November 29, 1963, President Johnson founded the President’s Commission on the Assassination of President Kennedy. This commission eventually became known as the Warren Commission after its chairman Earl Warren, chief justice of the United States. President Johnson helped the commission evaluate matters surrounding JFK’s assassination. In September 1976, the United States House of Representatives organized the House Select Committee on Assassinations. This committee was to restore the investigations of the assassinations of JFK and civil rights leader Martin Luther King, Jr. 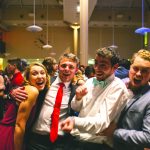