Amos Fortune. A name that dates back to life in eighteenth century New England. Born in Africa in 1710, Amos made the long and hard journey to come to the United States as a slave. Upon arriving to the United States, Fortune was determined to purchase his freedom.

Fortune struggled to purchase his way to freedom, and in 1770 he was fortunately able to make his final payment for equal citizenship. By the age of 60, Fortune had finally gained access to full American citizenship. Fortune was a tanner by trade, and after settling in the United States he began his own tanning business in Woburn, Massachusetts. Fortune resided in Woburn once he purchased his freedom, and through his earnings he was eventually able to acquire land and a house.

Not only did Fortune purchase liberty for himself, but he also purchased it for his first wife. Lydia Somerset, from Billerica, Massachusetts was Fortune’s first betrothed. Unfortunately, their marriage did not last long. Shortly after their beautiful marriage, Somerset passed away in 1778. In response to this loss, one year later, Fortune purchased his second wife from American writer and activist James Baldwin. On November 9, 1779, Fortune purchased Violet’s freedom for fifty pounds. Amos and Violet married the following day in Woburn, Massachusetts.

In 1781, at the age of 71, Fortune took on the challenge of moving to the small, rural town of Jaffrey, New Hampshire. Amos and Violet, after reaching this quaint municipality, were able to achieve a vast fortune based on the tannery business that Amos established. After settling in Jaffrey, Amos and Violet made their new homestead on the land that was supposed to be for the Jaffrey minister, Pastor Ainsworth. They were both fortunate enough to be able to live on that land until 1789. In 1789, Fortune was able to buy 25 acres of land on Tyler Brook Road in Jaffrey. Today, the house and barn that Fortune built are still standing. The street on which the house and barn are located is now known as Amos Fortune Road in Jaffrey.

Fortune’s tannery business became prosperous very quickly. He was a prominent businessman in various towns in the states of New Hampshire and Massachusetts. Fortune was generous enough to give some of the wealth from his business to support the local Jaffrey schoolhouse. In addition to being well-known for his entrepreneurship, Fortune was also well-known for his membership in the First Church of Jaffrey. He also was a founder of the Jaffrey Social Library, an educational initiative that would congregate to discuss books that related to history and travel.

In November 1801, after living a long and productive life, Amos passed away at the age of 91. His grave is located behind the First Meetinghouse of Jaffrey, in the cemetery known as the “Old Burying Ground.” However, Fortune’s legacy did not stop there. A piece of the wealth that was left behind from Fortune’s tanning industry went to fund the existing Amos Fortune fund. Still present today, this fund has gone to a variety of diverse conferences and publications. The Jaffrey Public Library currently administers this fund, and they use this funding to create and dispense educational materials about Amos Fortune. Amos Fortune, The Man and His Legacy, is a book that was published by this fund that educators have used in their classrooms since the year 2000. 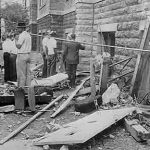 A tragedy in Birmingham Previous
A historic act of nonviolence Next 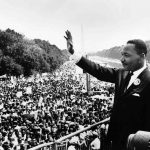