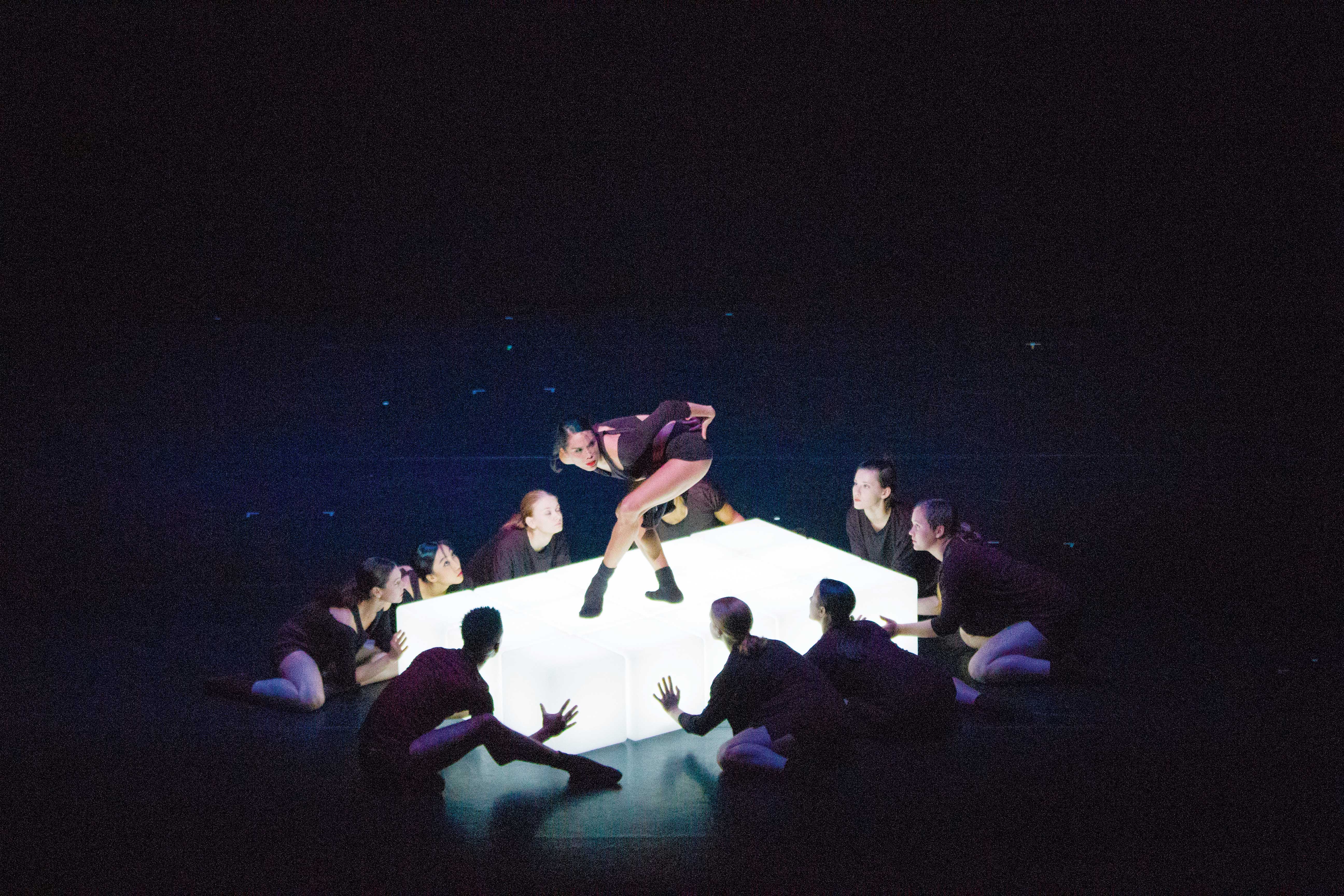 Arranged by elite ballet couple Yury Yanowsky and his wife Kathleen Breen Combes, the performance featured dancers of the Boston Ballet, amongst whom were some of ballets biggest names: including Rachele Buriassi, Lia Cirio, Paul Craig, Ricky Rhodes, Lucas Vidal, and Ji Youn Chae. Also included in the performance was violinist and vocalist Josh Knowles, who accompanied the night’s dances with live music and performed two solo pieces after intermission.

The piece not only represented a talented group of professional dancers from Boston, but a communal collaboration, as members of the local MoCo arts studio joined the dancers for the opening number, titled Origins.

“Our daughter dances at MoCo,” answered one family in the audience, when asked what brought them to the Dance YaNOWsky, “So we came to support. We’re excited to see some Russian ballet.”

At 7:20 p.m., the lights dimmed, and for the following two hours, the audience experienced an extraordinary night of art and beauty. Set to the yearning strokes of Josh Knowles’s violin, the opening number Origin used the contrast of light and dark to convey power in a variety of routines, including group dances and multiple partner solos. This piece not only told a story of creation, but showcased a multitude of dance styles within different segments, all blended beautifully. When the piece was finished, the performer’s were rewarded with a widespread audience applause.

From there, the audience experienced the sensation of falling in love in Lady of the Camellias, performed by Rachele Buriassi and Paul Craig.

This was followed by husband and wife duo Yury Yanowsky and Kathleen Breen Combes, dressed in dark costumes which appeared almost puppet-like, with a hypnotizing performance of Niris, in which beams of light were used against an otherwise dark stage to capture audience’s attention.

Included in the audience was sophomore Jenna Gibbon, who was hired by the Redfern to photograph the event. When asked about the job, she stated, “I’m excited to see how talented these dancers are, and the different ways they can move their bodies.”

After a brief 15 minute intermission, audiences were treated to another fantastic performance, this time a depiction of light and birth in The Sun Sleeps.

After the quick but memorable number, the night took a change in pace, bathed in glowing hues of yellows and oranges, as audience’s were treated to two solo pieces from violinist Josh Knowles. Knowles not only interacted personally with the audience, but lent his vocals alongside his violin, which he played in a variety of long, classical strokes and practiced pizzicato.

The performance ended with the long, mysterious number Smoke and Mirrors. Set in a haze of smoke and suspense, the dance served as the finale to a night of art and expression.

Audiences  were entranced, giving great applause and even a standing ovation at the show’s curtain.

After the curtain closed, the audience was invited upstairs to a reception and Q&A with the producers and dancers of the show. Not only did the audience get to personally meet and interact with these talented individuals from as far as Italy and South Korea, they got to ask questions such as, “When did you start dancing?” and “With every performance so emotionally draining, how do you maintain the passion and emotion?”

Kathleen Breen Combes herself replied without hesitation, “I think when you have work that you love and are passionate about, it’s easy to fall back into it each performance. It’s different, with a different audience.” 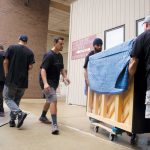 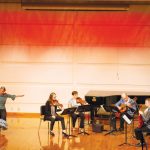