Peter Berg delivers an unrelenting and engrossing experience in “Deepwater Horizon,” an action-drama that respectfully honors the survivors and victims of the 2010 environmental disaster.

On April 20, 2010, the oil rig Deepwater Horizon spontaneously combusted, prompting one of the largest man-made disasters in history. In an instant, over a hundred men and women were forced to become unexpected heroes in an impossible situation.

An all-star cast [Mark Wahlberg, Kurt Russell, John Malkovich, Dylan O’Brien, Gina Rodriguez, Kate Hudson, etc] brings the brave workers to life through a harrowing struggle for survival, all while 200 million gallons of oil stain the Gulf of Mexico right below their feet.

Who doesn’t remember the legendary oil spill of 2010?  Only five years ago was one of the worst ecological disasters in history and everybody had the same question – how did this happen? Thanks to director Peter Berg, we can feel what it might have been like to experience this unexpected disaster up close.

The workers are the focus, enduring the consequences of one company’s erroneous way of problem-solving. It should have been clear from the get-go that they were going to suffer. When John Malkovich (in a human, yet perverse performance) is your boss, you’re just asking for trouble.

Long before the workers make their arrival, there’s no shortage of foreshadowing, from the use of a magenta tie (color of alarm button) to a misguided bird striking the plane. There’s only one instance (not listed) in which the hint came across as extremely forced, but didn’t do enough damage to take me out of the experience because right from the taut introduction, I was locked in.

The first half is mostly establishing the rig, a multitude of characters and building upon the inevitable, and yet, there’s an overwhelming dread of the incoming threat. You never know when it’s going to strike and when it finally does, it’s difficult to accept.

Much like “Titanic,” you’re expecting to witness a devastating accident, and by the time it comes, you’re so locked onto the crew that you don’t want to see history reach its ultimate destiny, especially if Snake Plissken is on-board.

Like a grizzled surrogate father archetype, Jimmy Harrell [Kurt Russell] requests the attention of those around him by earning their respect.

Mike Williams [Mark Wahlberg] and Andrea Fleytas [Gina Rodriguez] look up to him as the head honcho, despite the unsatisfactory authority figure that’s already onboard. Without Jimmy, the rig is nothing but a bath toy in the middle of the Gulf of Mexico.

Some may criticize “Deepwater Horizon’s” decision (before even seeing it) to ignore the environmental damage that later followed suit and focus its efforts on yet another “triumph of the human spirit” survival tale. While Berg’s main focus isn’t on the environmental damage, he does weave a small, yet important moment into the story that feels all too real based on the after-effects.

With a $156 million budget, he put every penny to good use, throwing the viewer into the action without a moment’s notice. If the visual effects weren’t able to convey the magnitude of the rig, half the adrenaline would have been lost. “Deepwater Horizon” would have been a clear frontrunner for visual effect had “The Jungle Book” not come out.

As a true disaster film, it’s easily one of the best in years, delivering a frighteningly real depiction of pure chaos. The oil erupts from the ocean like the fires of Hell, spurting with no sense of direction. Hallways collapse and workers are thrown as if someone turned the gravity off.

As everything went to hell, my eyes were fixated on the screen. The speakers blared with some of the best sound mixing of the year, properly highlighting every nasty bone crunch. While “Sully” found its stride through subtle storytelling, “Deepwater Horizon” successfully revels in it’s piercing presentation.

There’s no doubt that it can sometimes adhere to the common tropes of the disaster film, but at its heart, it’s more than an entertaining spectacle; it’s a cultural reminder of placing responsibility on those that brought about countless suffering. 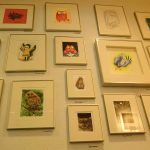